You are here: Home / Archives for summer drinks 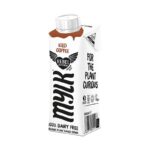 I was first introduced to iced coffee during my summer in New York in 2014. Since then it has become a taste of the summer season for me. Much as mulled wine remains the preserve of late October to early January, iced coffee has a place somewhere between May and September (depending on the particulars […]