Amy Burton reflects on her 30 Days of Fierce Grace Yoga. How far has she come and what did she think after that very first class? 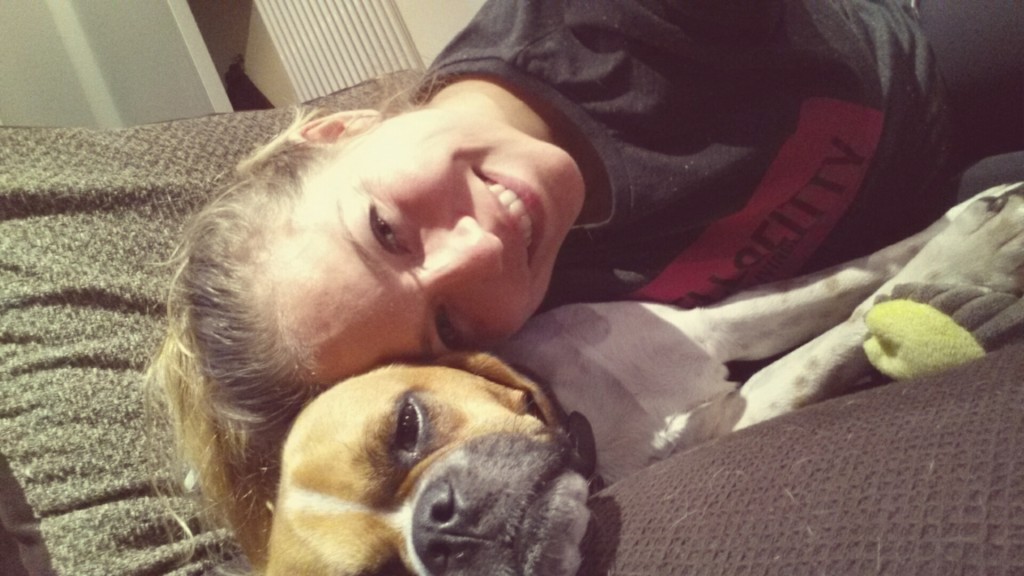 Amy and her puggle, Humphrey, after having been stretched for 30 days at Fierce Grace Yoga

So my first 30 days at Fierce Grace are nearly up so thought I would review it once more and add in a few more things I have learnt during this time, some ponderings, as well as a review of the other classes at Fierce Grace that I have tried.

The Fierce Grace Yoga Classes (Amy tried them all!)

This is a 90 minute, 39 pose class, and it is more closely aligned with my (limited) experience of the traditional Bikram class. The Bikram system is 26 poses, so this class offers much more variation and also incorporates some more familiar classic fitness moves like a little bit of ab work which is fun. Also – and for me this is so important – the disciplinarian attitude I had experienced at other studios previously was, once again, not at all present at Fierce Grace. The teacher was kind, and the atmosphere so much more relaxed. There is no music in this class – but I’m guessing that is to be more in-keeping with the traditional hot yoga sequences. Overall, another really enjoyable class, the Fierce Grace is still probably my favourite so far but I would not hesitate to go back to a Classic and for those used to the Bikram formulae this will probably be the most familiar.

The Fix: described as:

“The condensed version of everything with some added surprises. This is a super-charged 50-minutes designed to get you fitter faster.”

So I went along to this for an 8am class and I just need to emphasise how awesome I felt for the rest of the day! As it says in the description this is a much shorter class and, therefore, it does move faster; although I still felt comfortable at the pace despite still being very much a newbie. However, I think maybe it would be good to have done one of the other classes before this one, so you have a little familiarity with in all. I think I actually sweated slightly less in this class… don’t get me wrong.. I still sweated plenty – but just maybe a small pond’s worth rather than a small lake… I loved this class and it is so perfect for when you just cannot fit in 90 minutes, in The Fix you feel you leave with more time on your hands and an equally thorough workout.

“A deep, slow class designed to open you and de-stress you on every level. An intense warm up prepares you for long, deep floor stretches to realign, resolve and release.” 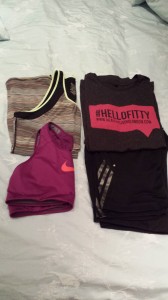 What Amy wore, including her #hellofitty T-shirt!

This is a 75 minute class which is aimed at those that are either beginners, folk with injuries or for those who simply want a less strenuous class and a great deep stretch. We both found this class relaxing and it was actually really refreshing and helpful going back to basics with some of the poses. Whilst I would never dream of even calling myself an intermediate level, I did find this class a little slow. I enjoyed the stretching and still felt fab afterwards, but I think the extra challenges and pace of the other classes are more for me, but this is definitely a personal thing as this is a busy class and I have seen that they are introducing more Core classes into the summer timetable due to popular demand.

I am definitely still a fan and will definitely be renewing my pass after my 30 days! One day you never know I may be good enough to write a review of their 5th and most advanced class ‘Fierce aka The Beast’ whilst wearing hot pants and sporting my washboard abs…but not yet….