The type of invitations that usually pop up in Healthy Living London’s inbox are generally around studio and restaurant launches. We never thought we’d get invited to try our hand at axe throwing. We never even knew that was a THING. But it sounded cool and like something we’d need after a stressful day. 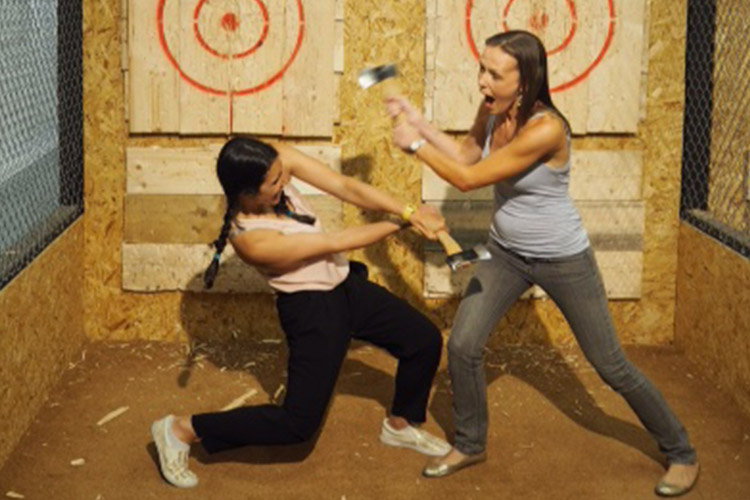 Turns out axe throwing has been a thing since the 5th century, when Germanic tribes, especially the Frankish soldiers, used them in their raids. Since then, they’ve been used as weapons during wars, until recently, when axe-throwing became less effective in battles and bombs and machine guns took their place. However, we have noticed that axe-throwing seems to be a pretty decent weapon of choice when it comes to zombie apocalypses.

London is a little late to the axe-throwing scene (I’m not sure why since either film-makers know something we don’t or we’re too obsessed with our next avocado fix to realise the imminent danger). Canadians, Americans, Australians, New Zealanders and now the UK can sharpen their zombie survival skills.

Whistle Punks Axe Throwing is situated a few minutes from Vauxhall Station, under one of the arches. The venue is simply set out with two throwing lanes at each end of the hangar. As we arrived there early, we took the time to speak with some of the axe throwing team to see if we could pick up any tips. We discovered the best tip was thanks to Ben, who told us to firstly pay attention to our instructor and secondly to rely on your body mechanics rather than muscle when throwing. We also learnt the following:

And this was all before the class started!

Once everyone for our time-slot had turned up (don’t turn up late!), we were taken through a safety briefing by Sarah. She’s an Indiana pint-sized badass who grew up throwing tomahawks and knives. Yes, she is probably the coolest chick you’ll ever meet (and yes, we want her by our side when the zombie apocalypse happens). And then onto the axe throwing!

So it turns out axe throwing is harder than it looks. And that you can do well in the practise but totally bomb in the tournament (YES! There’s a tournament which will totally suit you competitive readers). Similarly to darts, you get certain points for hitting the target in different areas. By hitting, we don’t mean the axe thuds against the target and falls down. We mean a clean hit which actually stays in the wood. As we mentioned, it is harder than it looks.

TRAINING FOR THE ZOMBIE APOCALYPSE // Last night was just a normal Wednesday night. You know, practising a little axe throwing… If you want to be badass like @wabbitpie & @rachel_austen here, then get down to @whistlepunks

To keep things fair, you’re pitted one by one against different person in your ‘lane’ (there’s a maximum of 12 people per lane), points are racked up (or not if you’re especially shit) and then there’s a semi-final and final. It’s exciting stuff and Rachel and I soon got into the spirit of things, commiserating with the total randoms who were in our lane when they didn’t hit the target and totally rooting for a girl called Stacey when she was up against her other half in the final.

If you’re lucky and have time at the end, you may be allowed to try your hand at some ‘tricks’! This got several of the men rather excited.

The whole session lasts an hour and a half and I was concerned that this would be too long. However, the instructors are fabulous and the time passes far too quickly. In fact, Rachel, is planning on taking advantage of the re-booking discount and becoming an axe-throwing pro. Or at least until she hits the target. 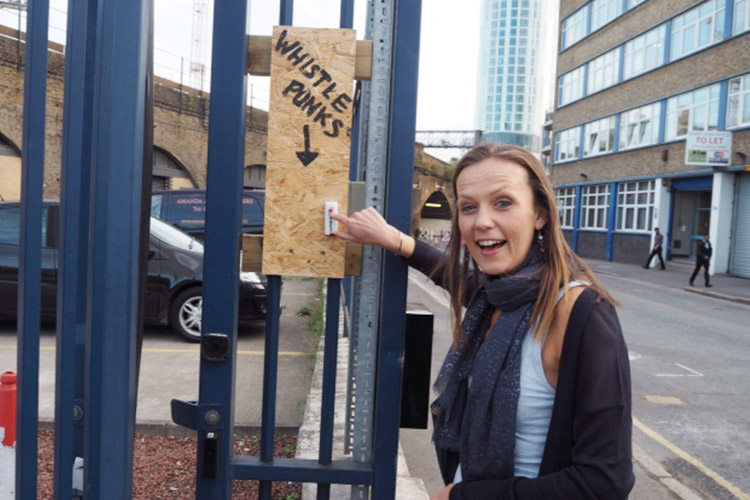 Took a while to find the doorbell but we got there in the end! 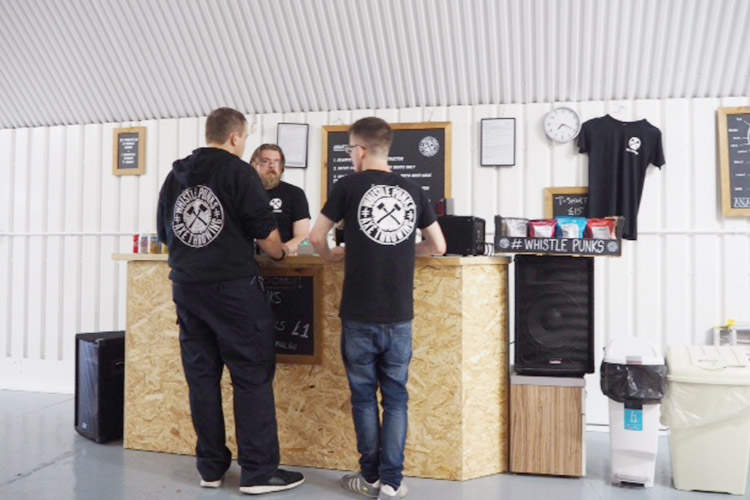 The Whistle Punks team at reception 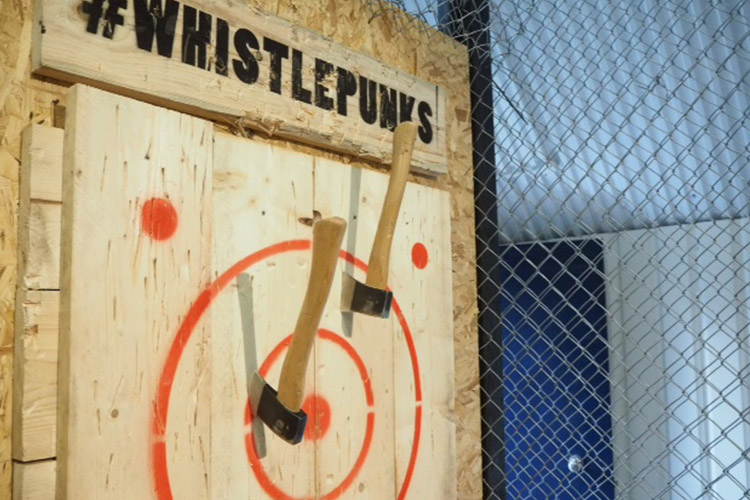 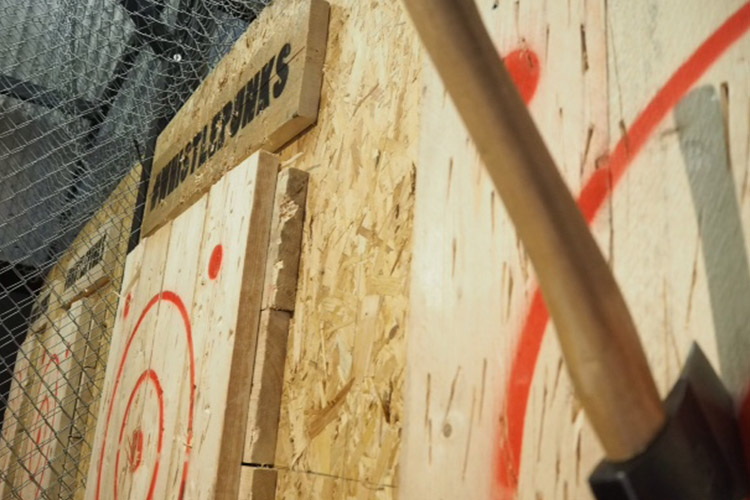 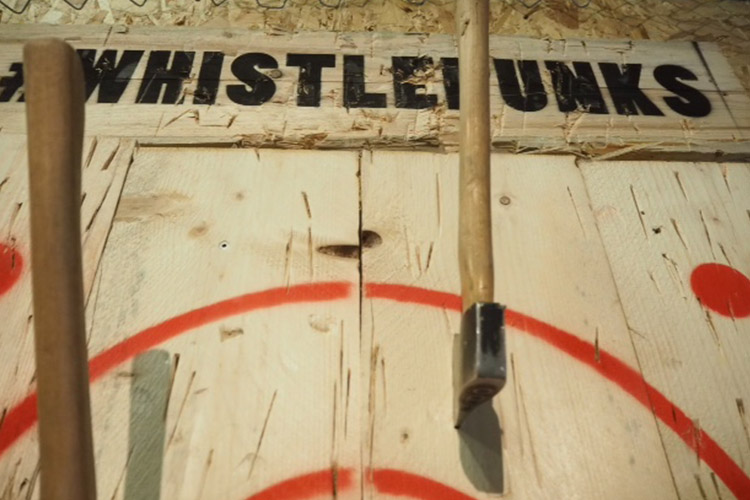 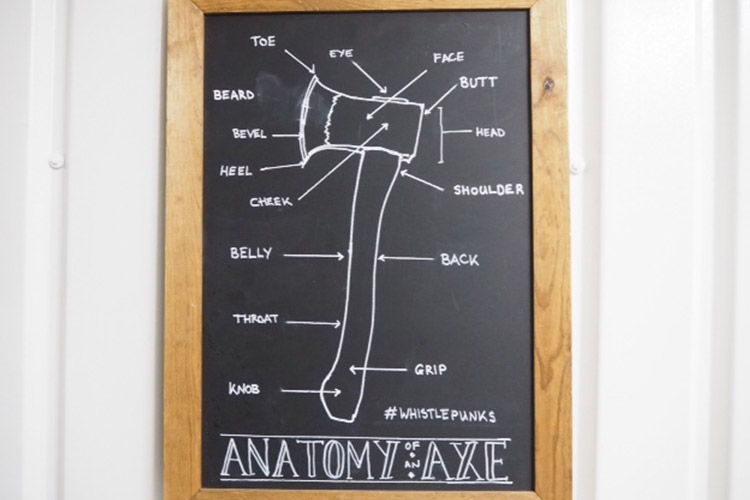 Or in our version: hard, sharp bit and hard wooden bit. 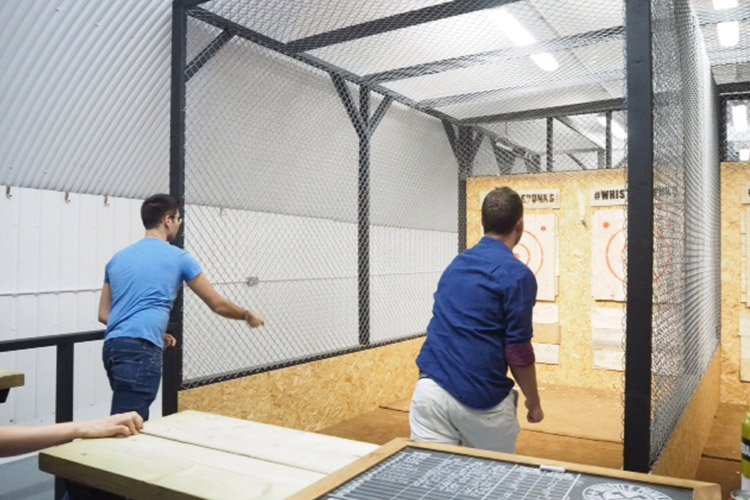 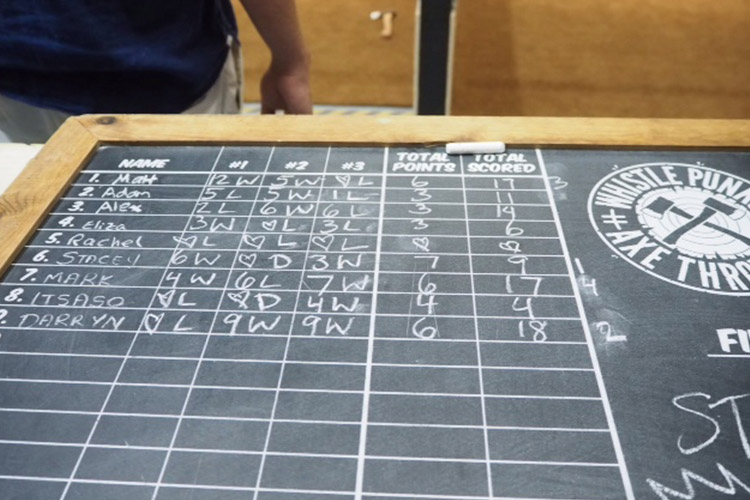 Sarah’s so cute – instead of writings zeros, she puts hearts instead. 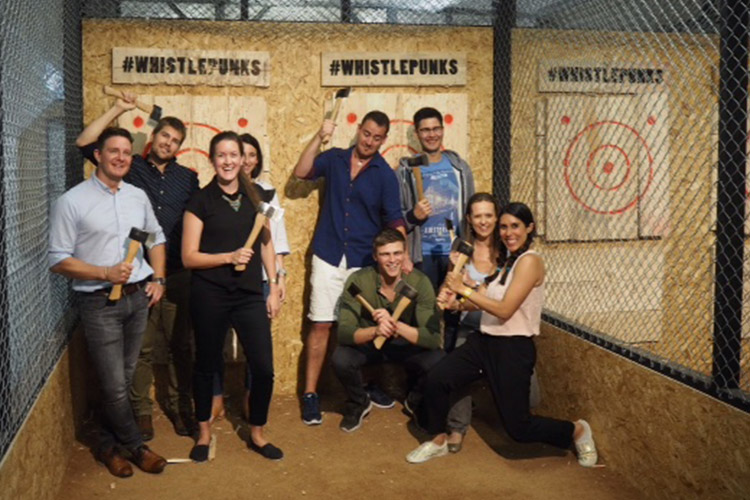 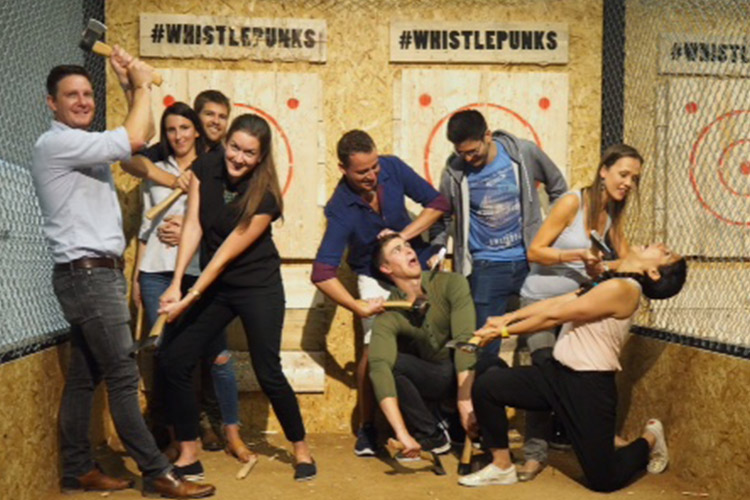 Having fun at photo time 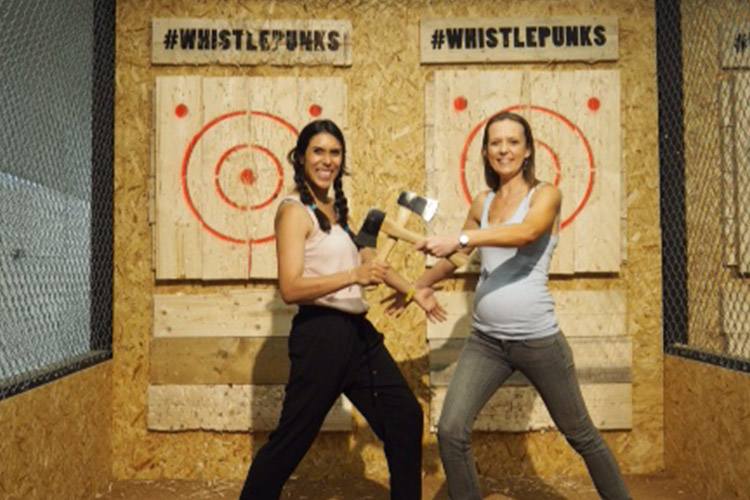 Rachel and I standing proud of our terrible axe throwing.

If you’re thinking of going to axe-throwing because you’ve had a shitty day and want to de-stress, think again. Axe-throwing is only a stress reliever if you’re actually good at it. Both Rachel and I would be first to go in a zombie attack based on our skills and we’re not good at not being good at things. Whilst not a strictly fitness-based activity, it’s a lot of fun and quite frankly, we all need some fun every now and again. It’s a proper adrenaline-fuelled activity (WILL IT HIT THE DAMNED TARGET..?!) and an interesting skill to learn.

Who’s it for: The zombie-fearing paranoid, or anyone who wants to do something different and fun. Groups are just as much fun as going with an other half or friend.
How much: It’s £29 per person from Thursday to Saturday and £22 per person Tuesday, Wednesday and Sunday.
Where: Arch 25, Handel Business Centre, 73 Bondway, SW8 1SQ
Website: www.whistlepunks.com