Emma, a #hellofitty member, talks about her experience with cycling in London, looks at the benefits and explores why more women aren’t cycling. 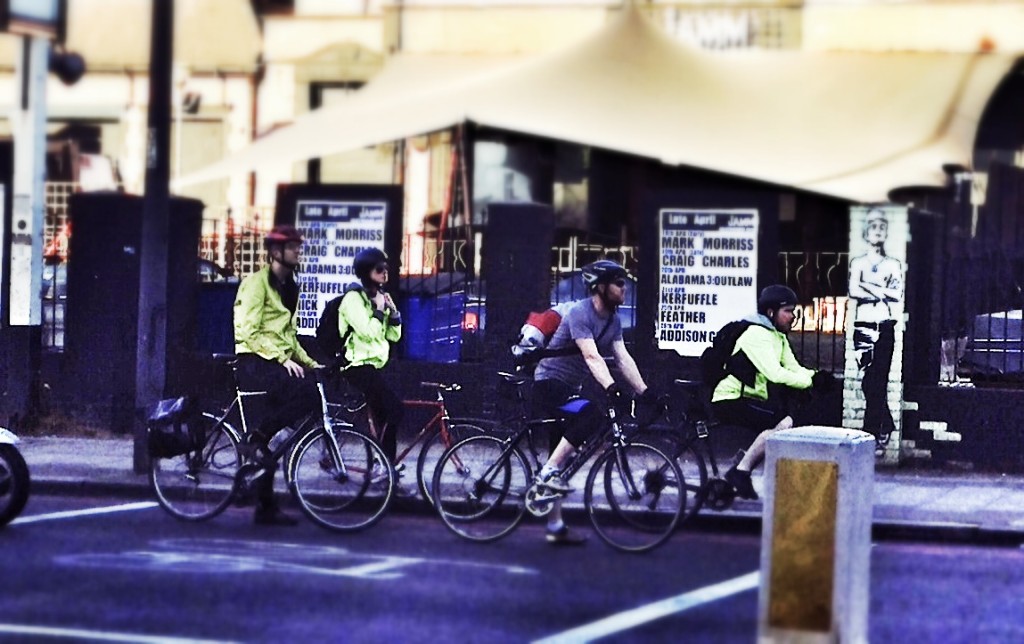 My journey with cycling started 5 years ago when a colleague offered to sell me his very old, aluminium-framed, Raleigh racer. Knowing nothing about bikes but staying true to my dutch heritage, I leapt at the chance, sick of my 45 minute commute on an overcrowded tube.  However, despite my loyal enthusiasm, cycling is four times more popular amongst men in London [1]

“Let me tell you what I think of bicycling. I think it has done more to emancipate women than anything else in the world. It gives women a feeling of freedom and self-reliance. I stand and rejoice every time I see a woman ride by on a wheel…the picture of free, untrammeled womanhood.”
― Susan B. Anthony

So why are women not as keen on cycling? 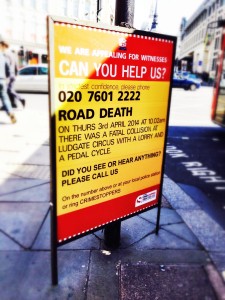 The media definitely does a good job scaremongering the residents of London about the dangers of cycling, even though statistically [2] crossing the street is far more dangerous.  It makes the choice to cycle that much harder: you are seen to be exceptionally brave to dare tackle the capital on a bike, which scares some of the ‘fairer’ sex into thinking they are not cut out for it. The reality hit for me when I was standing opposite the atrocious aftermath of a cyclist crushed by a large lorry as my friend was telling me how she just bought her first bike – it even made my doubt my choice to cycle.

There is also a sense you need to be an athlete, and wear Lycra to ride a bike in London. Men dominate the cycle lanes – competitively zooming past you. The arena can be aggressive; some loons give everyone else a bad name [3]. The same does not apply in Holland, where you don’t need speedy bikes or helmets, and as a result cycling is much more accessible to both sexes.

Despite these drawbacks, there are great reasons to cycle in London, and if there were more women in our cycle lanes the environment would be less hostile. With more of us on the roads and the government on our side to improve road safety, London may one day soon become cycling utopia.

Why we should cycle in London

You can shave 5-15 minutes off most commutes in London, and taking in views of the river or riding through Hyde park in the summer beat standing under a sweaty armpit on the tube any day.

Instead of having to find time for the gym around long days and tedious commutes that leave you feeling lethargic, what better than killing two birds with one stone and getting to work by exercising!

Don’t worry about cycling in the fog of bus and taxi fumes either – passengers inside vehicles inhale substantially more pollution than cyclists and pedestrians. Men have been proven to see reductions in heart disease, while among women the largest benefit was seen in reductions in depression. [4]

Cycling in London is not as dangerous as you think

Statistically speaking, fearing your life as a cyclist is irrational. You could die, but being a pedestrian is more dangerous, and let’s face it, you’re not going to stay inside your whole life, are you? As long as you use your common sense and stay well behind all lorries, buses and taxis you should be OK – around 50% [5] of accidents in London happen because of large vehicles (don’t get stuck on the left side of a turning truck).

Don’t run red lights – not only could you miss seeing an oncoming vehicle, but pedestrians don’t like you very much if you cut them up, and the transport police love to fine you these days.

It’s not only practically free, it makes you feel free

Cycling is so worth not being tied to train times, not getting sick from coughing commuters, and not being oppressed by the rat race scrambling to get to work. It’s hugely improved my life.

So let’s minimize the charge the middle aged men in lycra have on the roads. We don’t need to make a fuss about it, or talk about our bikes, kit and gadgetry– but let’s not be intimidated off the road.

Whilst we’re at it, we can be smug about saving the world too, a bike ride at a time.

Some Facts about Cycling: