Barry’s was the first, Project Fit followed, and then came 1Rebel. Now London welcomes the latest indoor bootcamp to grace its epic fitness scene: Best’s Bootcamp. What does the new bootcamp on the block have to offer that we haven’t already seen? We were invited to preview Best’s unique bootcamp concept at an exclusive blogger event and, we have to say, it was a pretty special experience! 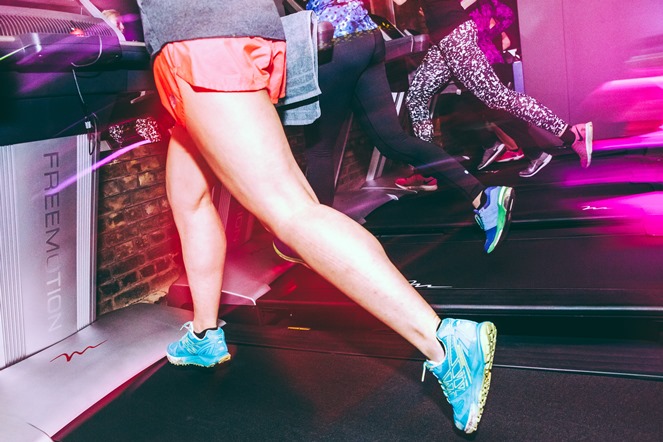 As you walk under The Arches off Villiers Street in Charing Cross and make your way up the escalators, there is no mistaking the bold and gritty welcome to the brand new luxe bootcamp studio that opened its doors this week, inviting you to step inside and #BeYourBest. This is the first thing that struck me about Best’s Bootcamp: its ethos and message. Where some studios proclaim hellish workouts, aggression and a mentality of opposition with your body, Best’s instead encourages you to respect your body and to be your best in your workouts. As an advocate of progress over perfection when it comes to fitness and my body, I am down with that! 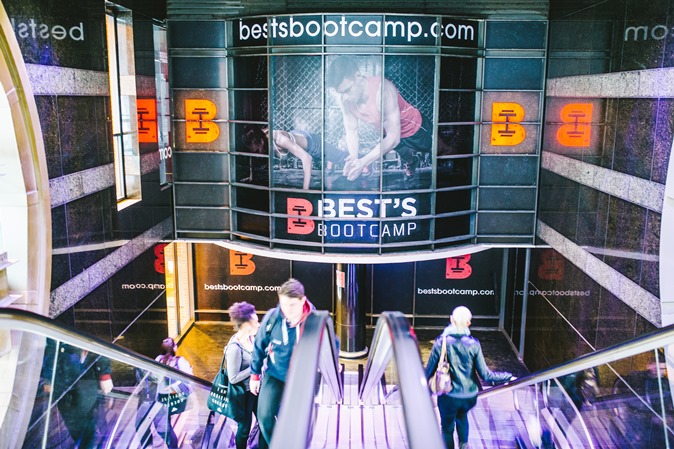 On a high from the very start, the Best’s experience, just kept on getting better. The front-of-house team and the trainers at Best’s were super friendly. On arrival, I was given my shower towel (sweat towels were on the workout stations), directed to the changing rooms and shown how to use the free code lockers. The lockers themselves have mobile charging points, which I’m sure will come in very handy before long! Then back upstairs to order my smoothie at the smoothie bar so it’s ready for me after the workout, and into the studio we go.

Our class was led by Managing Director and head trainer Lee, who kicked off the event by welcoming us to Best’s and talking us through the equipment and the workout format. The studio space itself was pretty impressive, with swanky looking treadmills lining the mirrored walls, stacks of dumbbells, kettlebells, medicine balls and power bands, and rows of some rather special boxes. Lee explained that the FreeMotion Treadmills in Best’s are the only ones of their kind in Europe (the same as those used by Orange Theory in the US), while Best’s Boxes are custom-made and unique to the studio, featuring soft padding, two different height options and a modular incline attachment. Each section of the studio also has its own screen showing the Instructor Cam, so you can watch your trainer in real time as they demo the exercises, without the need to crane your neck or move away from your station. 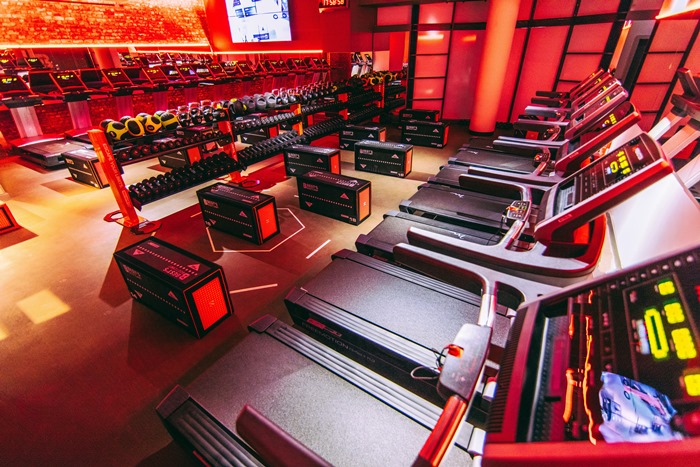 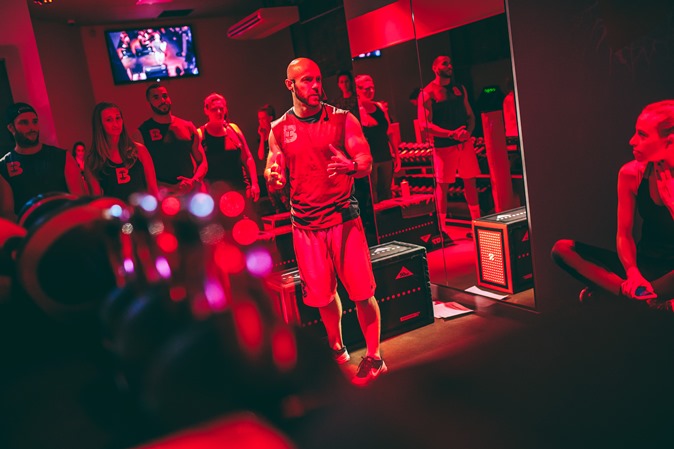 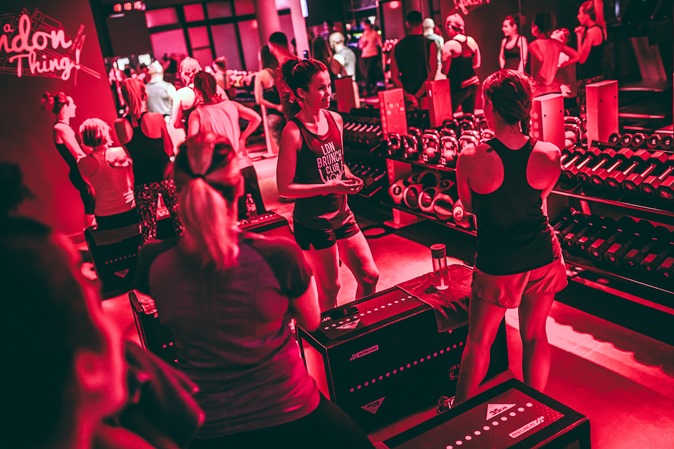 Without further ado, the music was put on high, the lights were put on ‘disco’, and the sweat-fest commenced. The class format was the alternating treadmill/gym floor intervals we’re familiar with from Barry’s, Project Fit and 1Rebel. The first round on each station was a 10-minute warm-up, focused on getting moving and mobilising. From then on, things got serious. 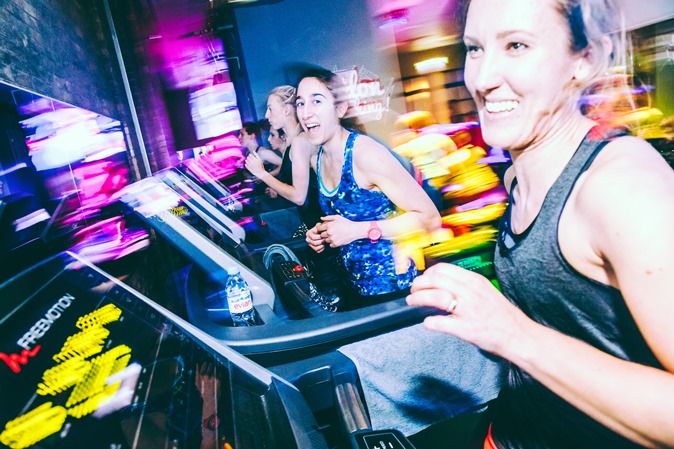 Can you tell I’m loving this treadmill?! © Marcel Grabowski Photography

The treadmills were a major highlight for me, and I’m not even a big fan of treadmills in general! They have pre-set speeds and inclines on the panel, making transitions fast and fuss-free, they have an in-built fan to keep you cool and running strong, and, most importantly, they are a dream to run on, with a special impact absorbing cushioning system on the deck called Surface Response Suspension. Oh, and they go downhill. Yes, that’s right. Downhill running. Indoors.

On the gym floor, I was very excited to work with a full array of kettlebells, ranging all the way from 8kg to 24kg, and dumbbells, from 2.5kg to 15kg. With exercise progressions demonstrated throughout, and with Best’s Box opening the door to a huge variety of potential exercises, including chest press and pec flies, the term ‘full-body workout’ is to be taken quite literally at Best’s. 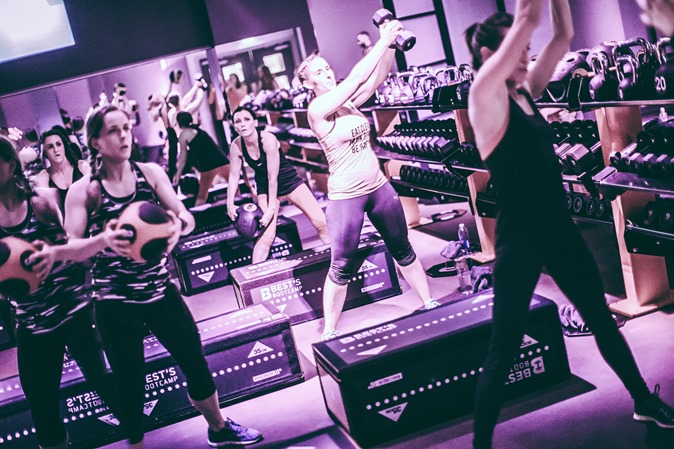 Working that core on the gym floor © Marcel Grabowski Photography 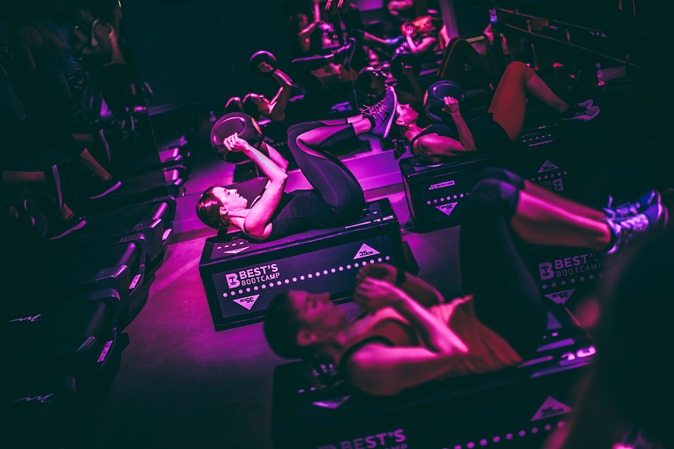 Apart from full body classes, Best’s also offers push and pull focused classes on alternate days (check out the schedule here). Push classes focus on calves, quads, glutes, chest, triceps and shoulders (all the muscles that we use for pushing movements) and Pull classes on hamstrings, back and biceps (the muscles we use for pulling movements), while all three types include abs. I don’t think other bootcamp studios offer anything like this, but focus instead on parts of the body (legs, arms, chest and back). There are a couple of advantages of using the push-pull system [fitness geekery alert]:

As you may have gathered, I think the Best’s Bootcamp workout system is pretty ace, and their unique state of the art equipment takes the studio to another level for me. And what’s more, the facilities are at the same high level, with Khiel’s products in the showers and changing rooms and GHD hair driers and straighteners. Not to mention the Best’s Blast Shower, a cooling air-stream shower that stops you continuing to sweat after changing into your work/dinner clothes. 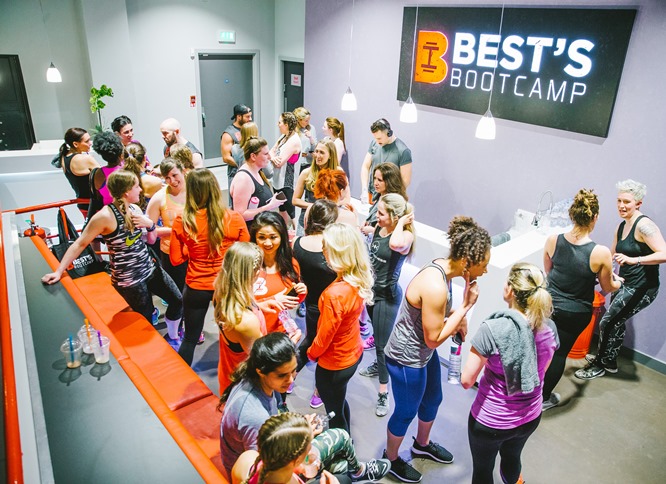 Catching up after a full-on workout © Marcel Grabowski Photography 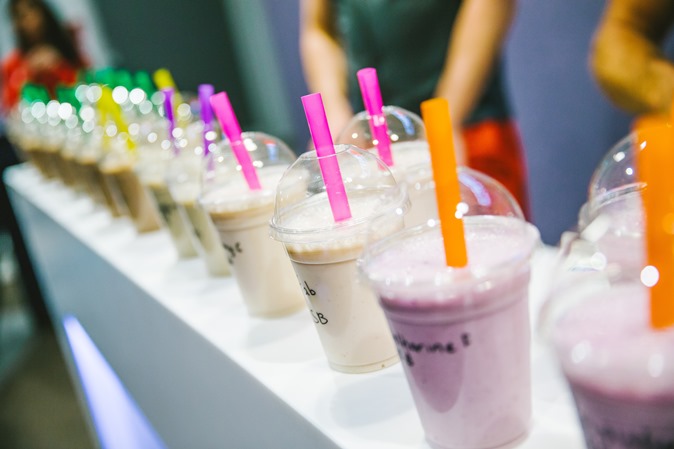 If you’re a fan of indoor bootcamps, you have got to check out Best’s!

Who’s it for: Fitties of all abilities who want to torch fat, get stronger and faster.
How much: First class is FREE! After that, each class is £20, or you can buy a series of 3, 5, 10 or 20, from £16 per class.
Where is it: 1 Embankment Place, Concourse Level, London, WC2N 6NN
More information: www.bestsbootcamp.com