When a book lands on the Healthy Living London desk entitled, Where Chefs Eat (3rd Edition), who better to review it than an actual chef? We asked Susie aka Gourmet Glow, and Leith’s-trained chef, what she thought of it. 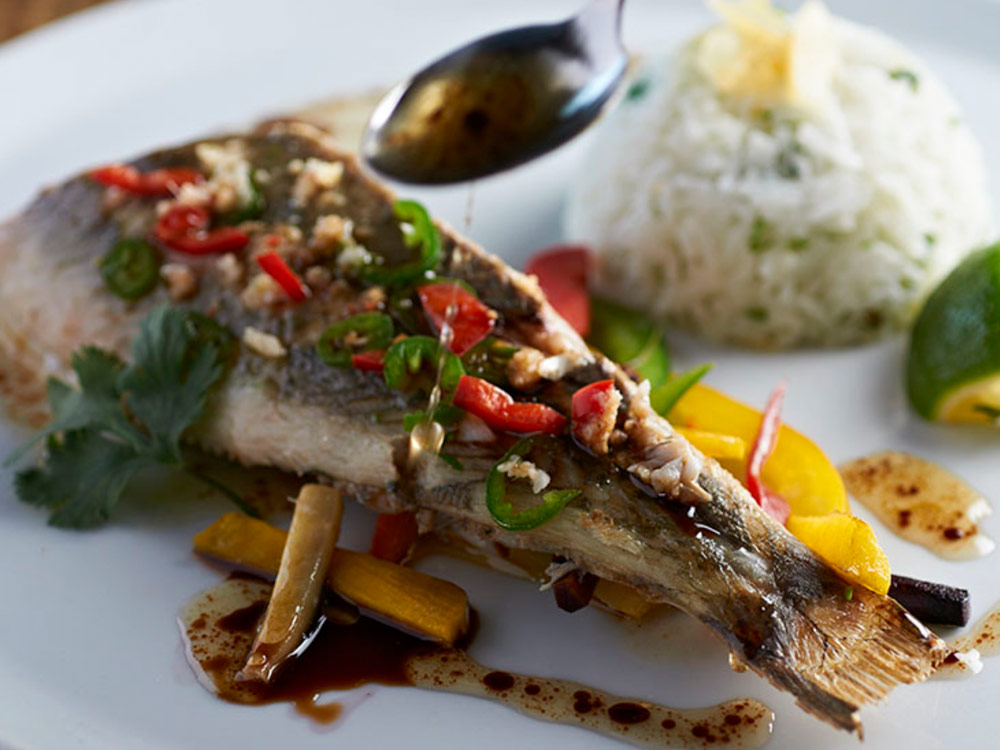 One of the dishes from The Crab House Cafe, one of Susie’s and Martin Morales’ favourite restaurants

Where Chefs Eat is a definitive guide to the world’s best food. Though compiled from chefs, this is not necessarily a book FOR chefs, you don’t even need to be a foodie and it certainly is not a cookbook. Whether you are lost in wanderlust, a short-breaker or even a stay-cationer, this reference guide is sure to bring you those ‘hidden gems’ both far afield and on your doorstep. It is suitable both for those who like to test their palate with the more exotic and those who tend to know what they like.

Over 660 international chefs have given 7043 recommendations, spanning more than 570 cities in 66 countries, for 4528 restaurants around the world. Using a handy 8 category key, each recommendation is subdivided ranging between chef’s secret breakfast jaunts, through cheeky late-night snacks to multiple Michelin starred blow outs. World renowned names such as Yotam Ottolenghi and Jason Atherton also give personal anecdotes throughout the book.

Although at first the book seems daunting and somewhat confusing, it is Encyclopaedic in its search categories. Readers can search for recommendations either by chef, restaurant type or easy-to-navigate geographical organisation: Continent, Country, Region (illustrated with specially commissioned maps). Of particular interest was the ‘Local Favourite’ section which brings some curious, reputable inspiration.

On the downside, this is not a book for those who want to sit and read from cover to cover. Personally, I feel that each recommendation could include a ‘signature dish’, or ‘special’ to give a deeper indication of what is on offer. It would also be helpful to have a ‘best in area’ according to trip advisor recommendations as, if you don’t know where the chef’s passion lies, you might not have similar tastes.

At first the book appears too complex, especially when referring to the number of recommendations in each region of a city (for example London or New York). If you are visiting from abroad and have no concept of the city it could be hard pin picking a point to start.

This aside, I personally feel that this ambitious, eclectic book is an asset for any home. My personal favourites included recommendations by Martin Morales, Chef Patron of Peruvian restaurants Ceviche and Andina in London. A fellow Disney kid turned chef, his Peruvian flair is one I aspire to, any food he enjoys beyond his own kitchen would be of interest. Coincidentally, two of my favourite local restaurants in Dorset (of where I am soon to move) are featured by him; The Crab House Café and Hix Oyster & Fish House. I know from experience that these are ‘off the beaten track’, affordably priced ‘diamonds in the rough’.

As an experiment, I searched for restaurants in a region that I have always wanted to visit: San Sebastian. Hailed as the Foodie Capital of the world. Obviously choosing restaurants to visit on a short trip could be both overwhelming and expensive. I searched under Spain, Basque Country then San Sebastian and was offered 17 potentials, of varying price ranges and styles which is fantastic considering the wealth of good restaurants that has previously flummoxed me. 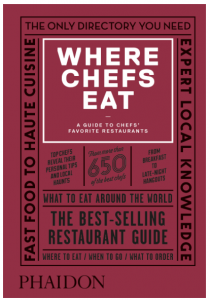 Even if you have no intention of travelling or are not a foodie, you might just find a breakfast spot on your doorstep that you never knew existed. Maybe you want to impress your friends with your inspired choice of restaurant for the night. Either way, it’s a nosy insight into chef’s lives beyond their own kitchens.

Published by Phaidon, you can buy a Hardback copy of the book for £19.95 from all good bookstores.