La Crèmerie recently sent us a pot of their dairy-free yoghurt creations to try, made rather unusually given all the coconut and soya variations on the market, from rice milk. Founder Renee, in her journey from omnivore to mostly vegan, was frustrated with the lack of dairy-free yoghurts available so after attending an artisanal yoghurt making workshop in Brittany, she decided to make her own, teaming up with Christophe Favrot, whose background included agriculture, engineering and herbs. 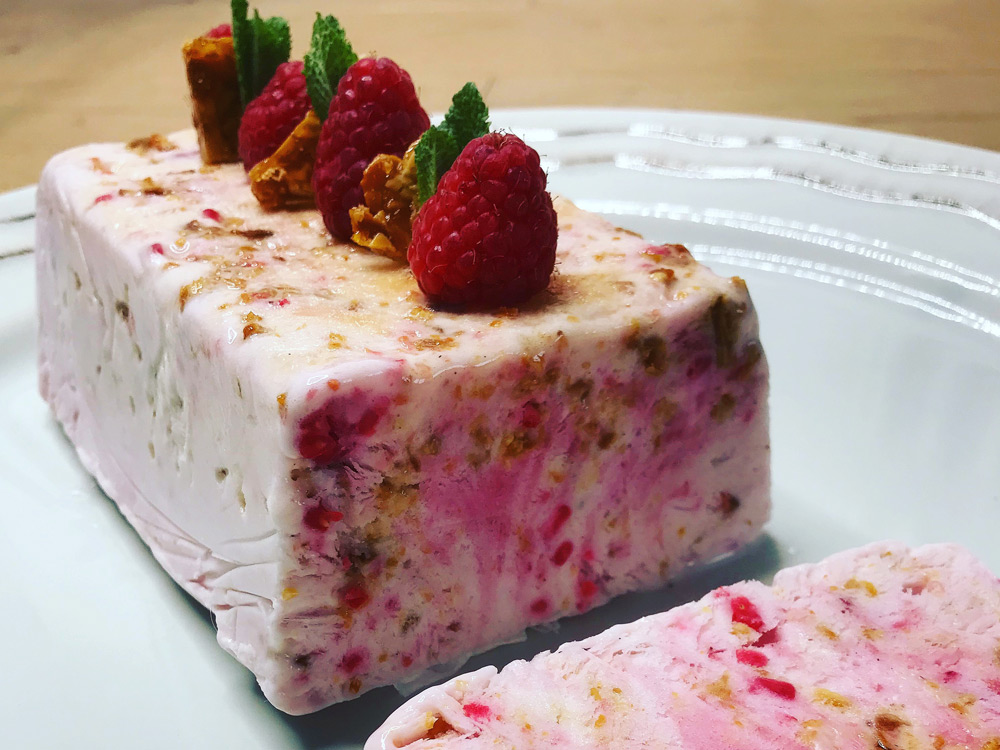 As well as trying the yoghurt, we got our Leith’s-trained chef, Susie from Gourmet Glow, to experiment with it as an ingredient and she came up with this, a raspberry and almond brittle semifreddo. Don’t be fooled by the amazing photo – it’s surprisingly simple to make and tastes amazing. The rice yoghurt makes a great base for the semifreddo too.

In fact, by using rice milk for their yoghurts, La Cremerie is onto a winner as it works well for both savoury and sweet foods. The base of their yoghurt is made from three ingredients only – rice milk, live cultures (Pediococcus lactis and Lactococcus lactis) and water. The vanilla one which we’re using in this recipe also contains vanilla powder and vanilla extract. They’re constantly experimenting with flavours but you can currently buy the original, vanilla, basil and cherry rhubarb. La Cremerie stockists include Revital, Selfridges, Abel & Cole, Farmdrop and small independent shops too.

How to make your Raspberry and Almond Brittle Semifreddo

Did you make this recipe? Let us know what you think!