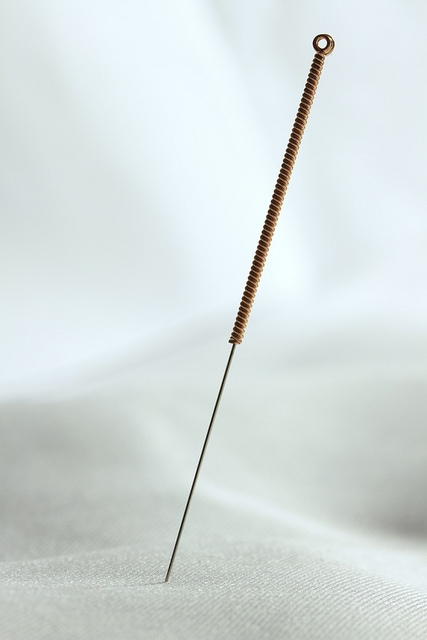 Ever thought about acupuncture but your fear of needles been to much to give it a go? Perhaps not sure if it can offer you what you would hope for in results? I was invited to have an appointment with Dr. Michael Curtin on Harley Street, see how I got on!

A bit about needles…

I have regular acupuncture and am a big believer in it, but I am very aware that there are many people that are terrified of the thought of having needles stuck in them and steer very clear of this amazing practice. I have to make this very clear, I totally understand that fear! I am terrified of needles and always have been – I cry if I need a blood test. Yes I’m 33 and I still cry at the thought of it! Anyway…. it took me a long long time to come round to getting acupuncture, but, I am so glad that I did! I cannot emphasise enough how different these needles are. They are TINY and many you don’t even feel. The ones you do feel are a moment of pain but it very quickly dissipates. To be honest, I still cannot actually look at the needles – but there’s no need to, so hey!

Everyone that goes to acupuncture goes for different reasons – personally I go for a mixture of mental and physical reasons. The well-being side is the primary reason I got into acupuncture and why I still have it regularly today. I started getting treatment when I was particularly unwell with anxiety and depression and found it helped me immensely. Physically, it also helped me with the negative side effects of the medication I was taking. Now I work out a lot more regularly than I used to, so it is hugely helpful in alleviating aches and pains and muscle tension. If you are wondering how it works, there are different interpretations. In traditional Chinese medicine it is predominantly based around your Qi (pronounced ‘chee’) – which is translated as your ‘vital energy’. Dr. Curtin also applies modern science to his acupuncture practice as well – see here for his explanation about how it all works. (He is much more qualified than I am to explain!)

Dr. Curtin comes from a traditional medicine background. He is a qualified Doctor with 28 years in General Practice. In his own words

As a practicing doctor, I believe that acupuncture does not take the place of orthodox medicine, but that it can work alongside it.

This I found fascinating as my own Grandfather was one of the first GP’s in the country to start practicing acupuncture alongside traditional medicine which of course raised some eyebrows back then, but I think is a fantastic approach and one that I obviously believe wholeheartedly in too. During his training Dr. Michael Curtin had two extensive trips to Japan which he found exceptionally inspiring and where he got to spend time with acupuncture masters to deepen his knowledge and understanding. On the day I went to see Dr. Curtin I had hurt my shoulder in the gym and had no idea what was wrong except I was in significant about of pain. I realised at this point the huge advantage he has over some other acupuncturists, with his extensive medical knowledge he can diagnose a condition much more accurately and then treat it both with acupuncture and give accurate medical advice.

At the beginning of the  appointment Dr. Curtin conducts a thorough consultation into your health now and from years gone by so he can understand you and your needs as completely as possible. When discussing the medication I used to take – he agreed that they had played a role in getting me better and if I had seen him at the time he would have advised that while acupuncture could be used, it was a good idea to have some medication as well to help me through. I appreciated this balanced and insightful feedback – he is knowledgeable about traditional acupuncture but makes that work with his training in orthodox medicine. So many people are quick to be negative about another persons approach to a problem….I have frequently heard medical professionals marginalise holistic practitioners and vice versa, so I find Dr. Curtin’s approach refreshing and clearly well informed.

Dr. Curtin made me feel very comfortable and is a very positive individual who clearly has a passion for what he does and was fascinating to talk to. He cemented in my mind even more than it was already in the power of acupuncture and the potential it his in treating so many conditions. Dr. Curtin specialises in chronic pain, hot flushes and infertility but can obviously treat a large array of conditions as well. I truly believe that acupuncture is a fantastic treatment to incorporate into your life and Dr. Micheal Curtin would certainly be a fantastic practitioner to go and see.

Where? Dr. Curtin has clinics in London, Bedford, Hitchin and Harpenden.

How Much? Depending on the treatment required for the condition each session will be between £65-£95. Costs will be discussed during consultation.