So you want something that’s more ‘real’ than Boxercise but nothing which could result in a broken face. Luckily, more and more women are demanding fitness sessions which are tough yet safe, and studios have popped up all across London either offering boxing sessions or specialising in it. And it’s easy to see why, boxing is the perfect exercise – it works the whole body combining cardio with core and strength. Mittology is a boxing class unique to Studio One and Eliza, a fan of boxing went along to try it out. 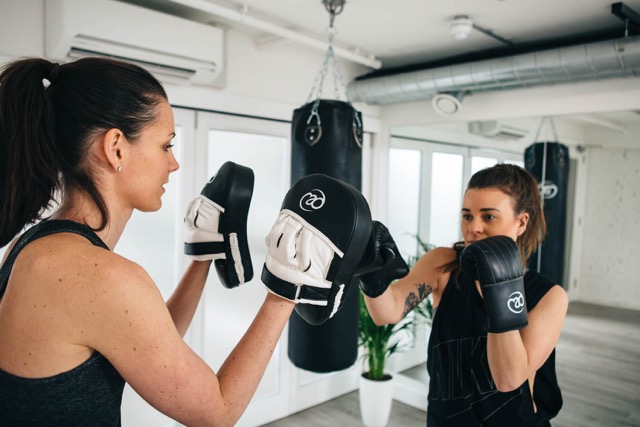 I LOVE BOXING. I did it when I first moved to London. The Fitness First in Tower Hill had a fantastic boxing class run by a guy called Floyd. It was the perfect introduction to boxing as Floyd was a fighter so everything we learned was as though we were training for a fight. Indeed some of the class, myself included, decided to take our training further and enter a fight. Unfortunately, the year my fight was planning on taking place, I was diagnosed with cervical cancer and so training was replaced with several operations and recovery took a year. It’s only now, four years later, that I’m in the right place to re-ignite my love of boxing. But I’ve found it hard finding a boxing class that I like…

Mittology is the term used for a particular style of boxing class. Coined by James Ricky Coward, an American boxer known as ‘Coach Rick’ who gained recognition from his success in training professional boxers, it’s wholly influenced by boxer, Roger Mayweather. Coach Rick studied Mayweather’s boxing techniques, broke these down, adapted and taught them to his students. Mittology is about padwork, agility, reaction times and fluid movement. 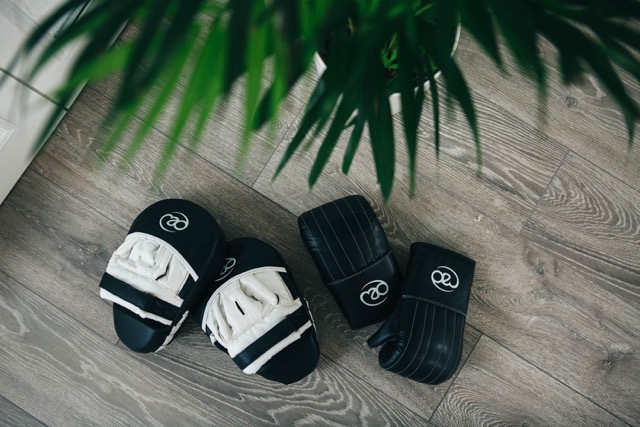 The Mittology sessions at Studio One are taken by Greg White. It’s a 45 minute session but it feels like 90 minutes worth of sweat! Fast-paced and continuous, it’s a mix of technical pad work and fitness. Your mind also gets worked (sometimes a little hard first thing on a Sunday morning!) as Greg throws a variety of combinations at you and expects lightening-sharp reactions.

Expect a mix of working on your own on technique, partner fitness blasts and pad and mitt work. What’s great is that the class is small enough for Greg to be able to duck in and out of the partner work so each person gets some one-on-one time.

The class is a mix of people – from those who are training for a fight, to those who have never boxed before. Greg takes the time to talk through technique so your level of skill when you turn up doesn’t matter a jot – regardless of expertise, you’ll pick up something new. Whilst the class is predominantly women, it’s not unusual to see a guy or two there.

Unlike many boxing gyms, mitts are provided so you don’t need to fork out on your own equipment. The music at Mittology is also a highlight for me – one session it was so upbeat, I couldn’t stop dancing (terribly) during the water-breaks even though I was shattered!

Better than boxercise but without the fear of busting a nose, Mittology is a high-energy sweat-filled class which works a variety of crucial skills, including those you wouldn’t normally associate with a fitness class. For example, agility, thinking on your feet, reaction speeds and teamwork. Of course, you’ll also be sure to improve cardio and core strength too. AND ARMS – boxing is great for toning arms as you’ll be well aware of when you wake up to DOMs the next day!

Who’s it for: Women and men who want an all-body workout with especial focus on toning arms and core.

How much: Your first class costs £10 and there are drop-in rates but for the best deal, get monthly membership on unlimited classes.
Where: 237 Caledonian Road, London N1 1ED Nearest station is Caledonian Road but it’s a 10 minute walk from King’s Cross and a few minutes more from Angel or Highbury & Islington
Website: studioone.co