Chaturanga Dandasana, a.k.a. the yoga push-up or low plank, is that elusive yoga move that beginner yogis feel they’re never going to be able to do. Believe me, I’ve been there. I remember the first time I tried lowering through plank into updog back in 2014. I had zero shoulder or arm strength and no idea what parts of my body I needed to activate in order to get up into the pose, stabilise and balance in it. And sure enough, I sunk in my belly and shoulders because I didn’t have enough core or upper body strength. How was I ever going to move towards more advanced poses such as arm balances?! 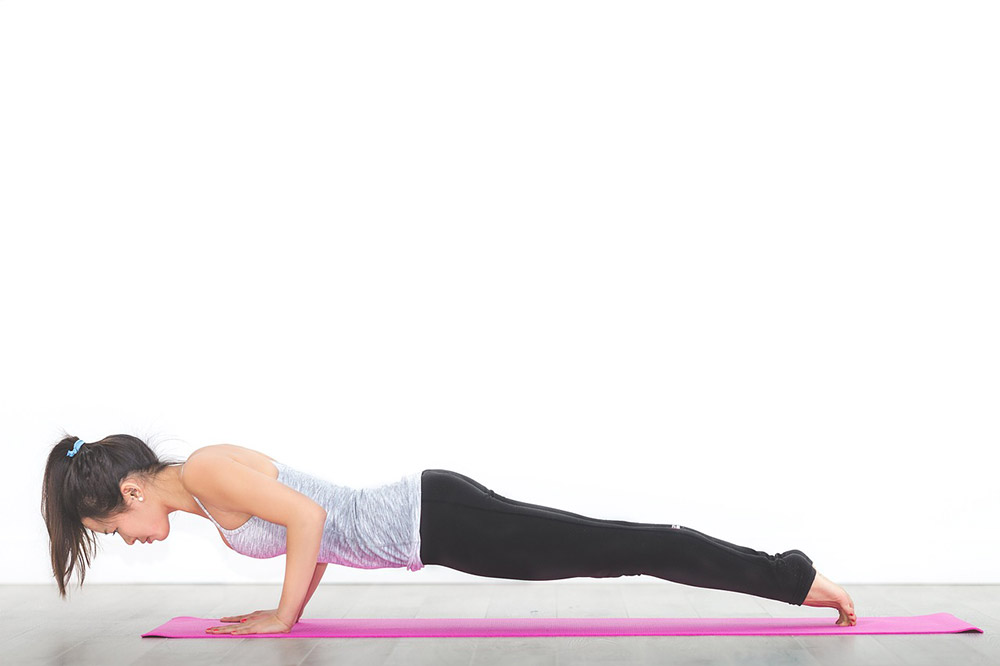 Over the next two years, I kept practicing chaturanga with terrible form, and never really progressed because I still hadn’t developed the arm, shoulder and core strength to be able to hold my own bodyweight with perfect form while moving from pose to pose.

Over the past year, I have been able to kick up into arm balances such as pincha mayurasana and hold it, hold poses such as 8-point-prone pose, fallen angel pose, crow pose and flying pigeon without dumping into my lower back, without sinking in my shoulders, without face planting the floor.

All of this comes after 3 years of regular practice, and building up my strength through the yoga basics (see what I’m getting at…!) If you have a perfect and consistent chaturanga, you will be able to hold various arm balances, because strong chaturanga arms are the foundation of arm balances such as handstand, pincha mayurasana, crow pose and all of the rest.

Practising lowering down through chaturanga while maintaining 100% stability of your core will help, as will many other core stability exercises that you can find online. Think about how you move, such as when you’re walking, rock climbing or running. You want to be able to maintain core stability, that feeling of activating the core and knowing how to keep the abdominals tightly engaged, while you move from rock to rock, from step to step. This is core stability, and understanding and building your core stability will really take your arm balances to a whole new level. So get practising those chaturanga drills while keeping your core absolutely stable! To help, have someone push down on your back while you’re in plank, and resist this by pushing yourself up into their hand.

I hope this helps your arm balance journey, you can follow me at @sarahfretwellyoga for more strength-building tips!