The LTA, along with Nike, have teamed up to get more women into tennis with Tennis Tuesdays, a new initiative providing low cost social tennis evenings every (you guessed it!) Tuesday, with professional coaches on hand to improve your game. 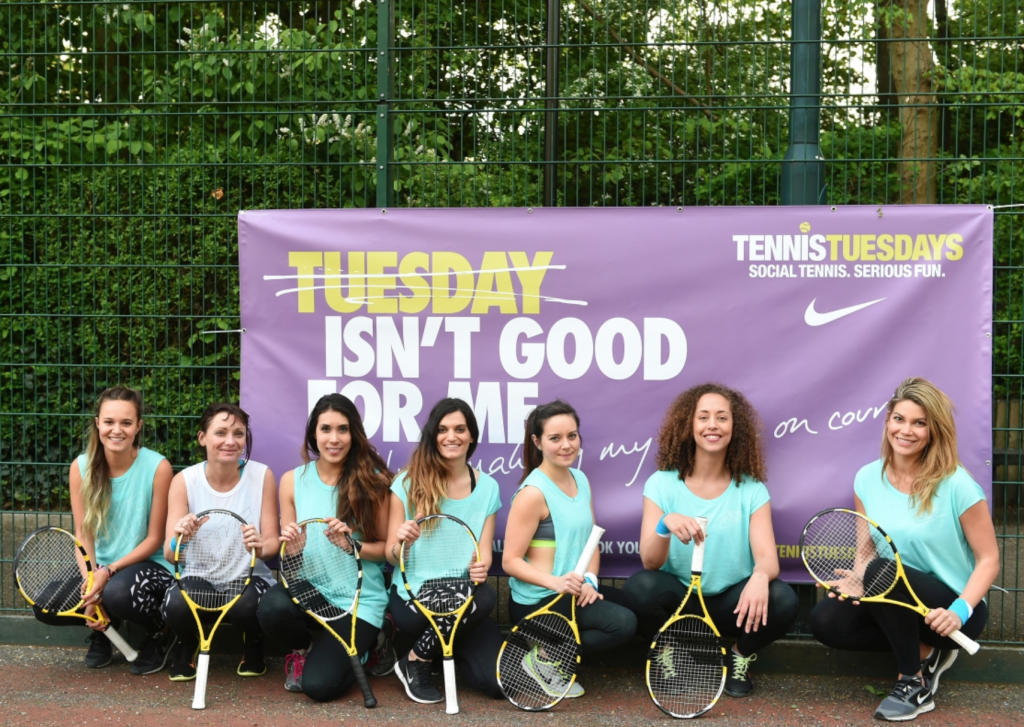 Before you cry out, ‘but I can’t play tennis! This isn’t for me!’, read on a little. The canny folk at LTA and Nike have a solution for you so you can still get involved. And if you’re on the other end of the spectrum and are wondering if it’ll actually be worth you going, after all, you used to play for your school, they’ve got you covered too.

I went to try out a taster session and see whether it was a load of old balls or whether I’d be dusting off my racket and joining them for future sessions.

Running up to the courts at Paddington Rec, the very first of many Tennis Tuesdays was about to start and most people were already there, racket in hand. I’d spent too long in the toilets getting changed and admiring my new turquoise blue vest top courtesy of Nike. Sam Richardson, head coach, was there and we were about to start the warm-up. I grabbed a racket, and likewise a partner and we began with hitting the ball to each other, close to the net.

It was a rather hilarious moment. Even though I’d played a lot of tennis at school, it felt like I had an alien arm that did the complete opposite no matter how hard I tried. A lot of my movements were quite stiff and robot-like as I desperately tried to hit the ball gently. Luckily, it seemed like a lot of others were having a similar issue, from the squeals, noises of frustration and laughter that pealed across the court. I think on our first go, we got to 6 shots without one of us losing it completely. From there, we continued to a series of exercises which included moving further away from the net and continuing our rallies, to playing a modified game, through to ‘Queen of the Court’, where two people are down one end and remain as Queen until an opponent scores a total of 2 points to take over. If the Queen scores a point, then the opponent moves on. 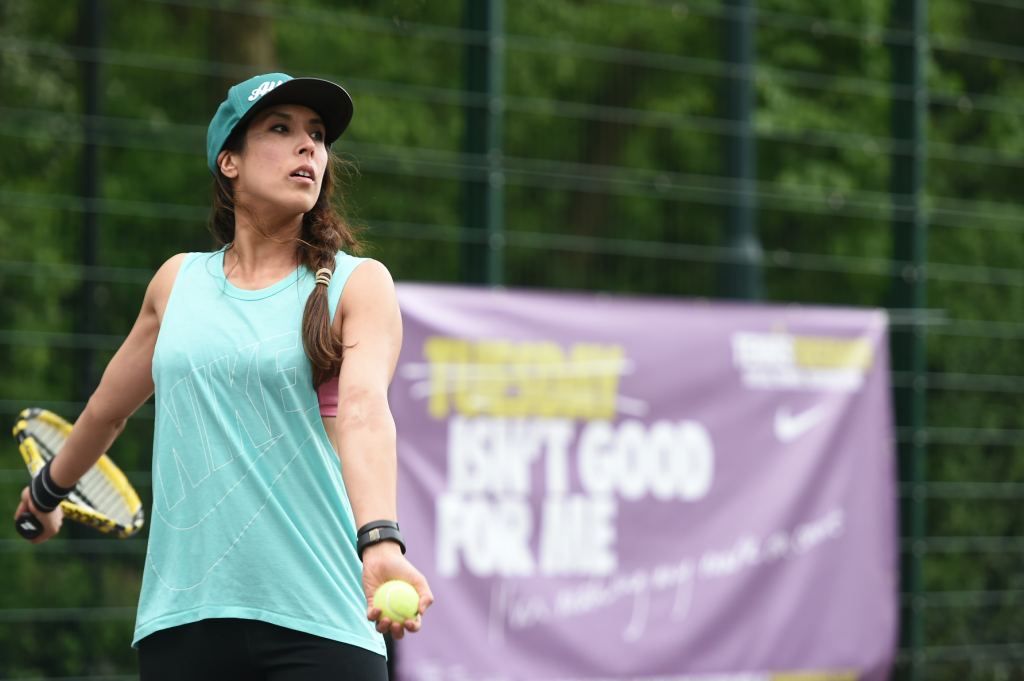 There wasn’t a lot of seriousness at the evening which doesn’t mean that people didn’t try – there was little fooling about but a lot of fun and friendly banter. A lot of people realised that their play improved significantly over the short time we were on court which encouraged many. I was happy to see my serve come back – something which I stumbled over at the beginning.

Even for people who aren’t tennis fans, Tennis Tuesdays are ‘fun fitness’ – where it’s social and fun and you don’t even realise that you’re getting fit. There’s no pounding of the pavements or treadmills and the evenings are set up so you can go down on your own or with a bunch of friends. For total beginners, Tennis Tuesdays have an Xpress court that, once completed, will leave you confident and with all the basic skills to fully participate in the activities. And for those who are more advanced, it’s a chance to hone your skills. Don’t forget, there’s professionals on court who can help cater to any level. Plus, if you don’t have a racket, no worries – balls and rackets are provided.

Tennis Tuesdays was a really fun evening. But don’t take my word for it, find out where your nearest Tennis Tuesdays is taking place and get on down. You’ve got a summer ahead of tennis to look forward to!

Tennis Tuesdays Website
How much? From £6
Where is it? Loads of places. Check the website to find your nearest participating courts.
Who’s it for? Anyone who wants to get fit with friends and have fun! And play with balls.