Kate Bermingham, yoga teacher and health journalist, searches for rest and relaxation, not through yoga or meditation, but through an ancient art form; Kate tries out Tai Chi in London.

Tai chi… such a beautiful practice. I came away from Mania Oikonomou’s class in Bethnal Green wondering why it isn’t more popular. The benefits of yoga and meditation are now widely understood in the UK: people from all walks of life can be found in yoga studios across London and further afield, stretching and strengthening their bodies to ease their minds. Calm, clarity and balance can be difficult to hold onto in our 24/7 modern society. Google ‘London yoga’ and you’ll find 186 million results. 32 million for ‘London meditation’. Just one million for ‘London tai chi’, but I wouldn’t be surprised if we see this number increase in the coming years.

Tai chi originated in China thousands of years ago as a martial art. In the west it has primarily been adopted as a form of low-impact exercise that is not only a beautiful art form in its own right, but also a fantastic way to develop strength, balance and co-ordination for people who are unable to practice more vigourous forms of exercise.

Mania and I began the class with some simple breathing and forward folds. I loved the simplicity of this warm up – ideal for letting go of mental chatter and dropping into the practice. As we moved onto ‘short forms’ (sets of movement) Mania encouraged me to keep my knees bent and my body weight in my heels. This is quite a different type of movement from many styles of yoga, Pilates and dance, so it took some getting used to!

Tai chi movements are deliberately slow and controlled, to allow the practitioner to establish a deep connection to their body and focus on their practice, to the exclusion of any external conflicts or stress. The practice requires patience, and Mania told me that tai chi aims to conserve energy rather than expel it: in ancient times it was important to conserve energy in case it was needed to fend off an attacker. In modern society our bodies react in this same way (release of adrenaline, etc.) whether the threat is a physical attack or a job interview, so tai chi is as relevant today as it was in ancient times – it is only the shape of our external ‘threats’ that have changed. 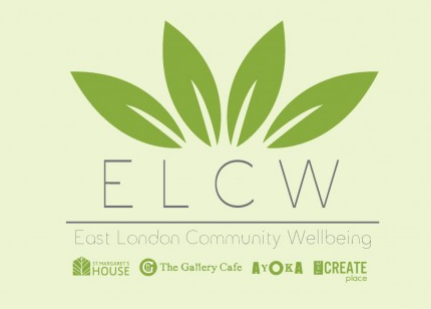 Mania closed the class with a short meditation practice using a Tibetan singing bowl, which was wonderfully calming. I would highly recommend attending Mania’s class on Thursday afternoons at the East London Community Wellbeing centre in Bethnal Green. This is a new social enterprise, linked to St. Margaret’s House, providing low cost yoga, Pilates and tai chi classes to Londoners. A team of instructors  (disclaimer: including myself!) will be offering classes throughout the week.

Do pop by: it’s good for your health, great fun and you’ll be supporting an amazing social enterprise and some lovely teachers too!