On Sundays, God created hangovers to ensure people did nothing but stay in bed on the allocated day of rest. Some people didn’t get this memo and decided that early morning fitness sessions that involve heavy lifting, pushing your heart rate to the edge and ensuring that just enough squats and lunges are done so you struggle to walk afterwards are a better way to ensure you spend your afternoon with limited mobility. 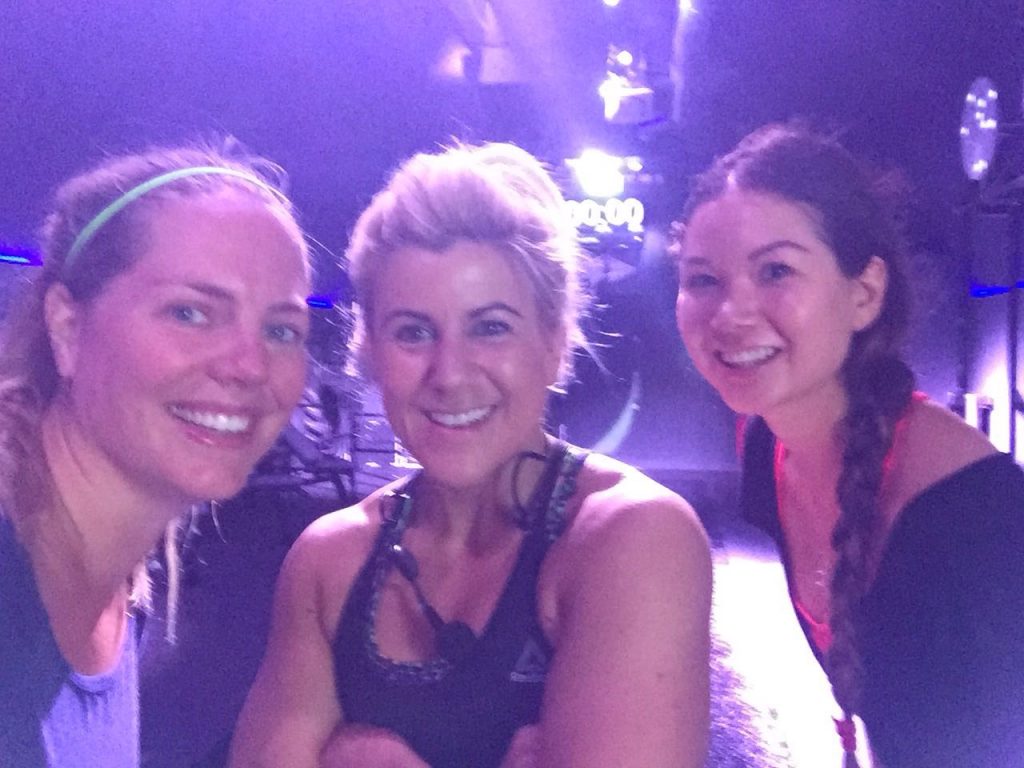 Whilst I’m partial to an early morning workout (even on Sundays), the idea of circuit training didn’t make me want to jump out of bed. However, stepping into the Ministry Does Fitness studio under the arches in Elephant and Castle (and just round the corner from Ministry of Sound), I knew I was in good hands when I met Laura and had immediate bicep envy. “You look ready for some fitness!” she said. Translation: “You look ready to be annihilated.”

Weight training has always been a big thing in the fitness industry and whilst there are many fitness fads, doing weights and strength training has been around in the fitness world since the 19th century and it’s unlikely to ever go out of practice. I do favour weights over cardio, but I’m aware of the importance of both.

LIFTED consists of 7 different circuit stations including treadmill, weights, kettle bells and squishy medicine balls. Per station there are 2 exercises to do – one for strength and one for conditioning.

On the first round (strength training) you exercise for 50 seconds twice with a 15 second interval in-between. On the second round (conditioning) you do the exercise three times for 30 seconds with 10 second intervals in-between. You can’t get lost with the timing as there’s a big screen with a game show-style countdown timer on the wall which beeps really loudly when it’s time to stop/start/move on. Plus Laura has a headset to give instructions and support during the whole thing.

With a class of about 18 people (3 per station), I was sure that technique and form would be overlooked. But Laura managed to divide her time on each station – with her main focus being on the deadlifts, as this definitely required a more particular technique for it to be done safely and no one was left to struggle or underperform.

Because the room was darkly lit with hardcore club music being pumped out, I felt weirdly less self conscious than when at other studios – which favour strip lighting. In this environment I felt I could get my head down and work better. Although it was tough and immensely sweaty, I did have fun doing it because I felt I’d worked hard enough whilst also learning something new – how to deadlift!

Everyone in the class gave tons of effort and it was encouraging rather than daunting to be besides people who were lifting uber heavy weights, or running super fast.

The class left me feeling tired, sweaty and great and I expected to hurt in all the right places. Whilst my legs were actually fine on Sunday, when I woke up on Monday I thought I’d been run over by an army of Deliveroo drivers. (Yes, I did want to order breakfast for delivery, because my legs weren’t going anywhere.) 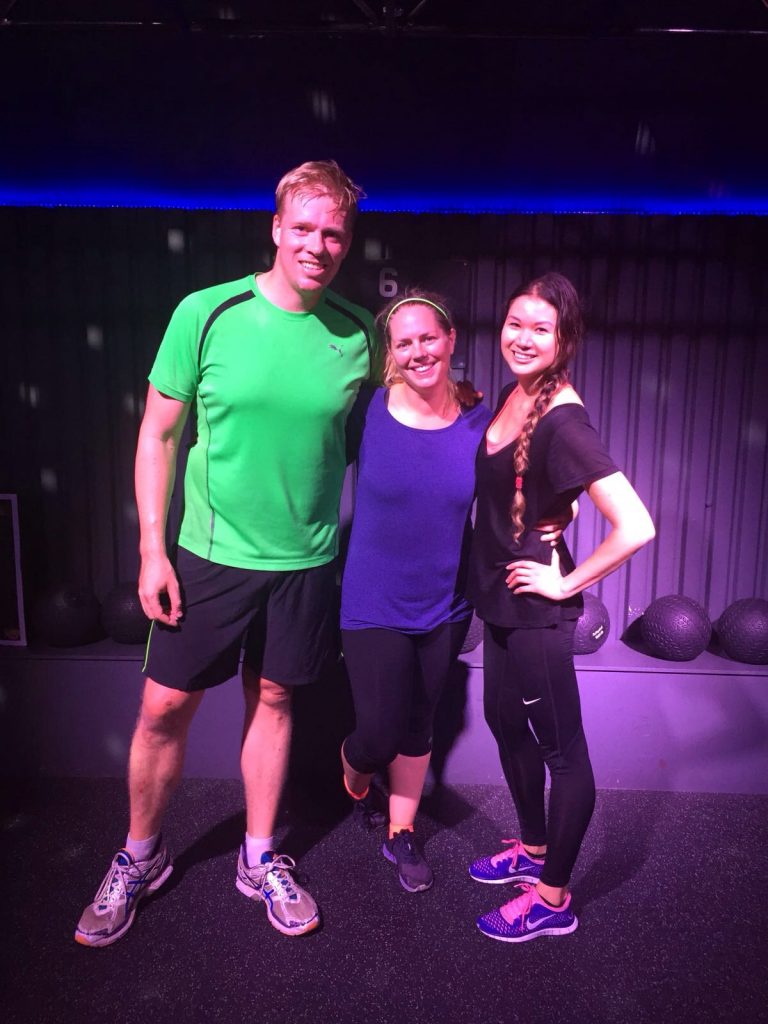 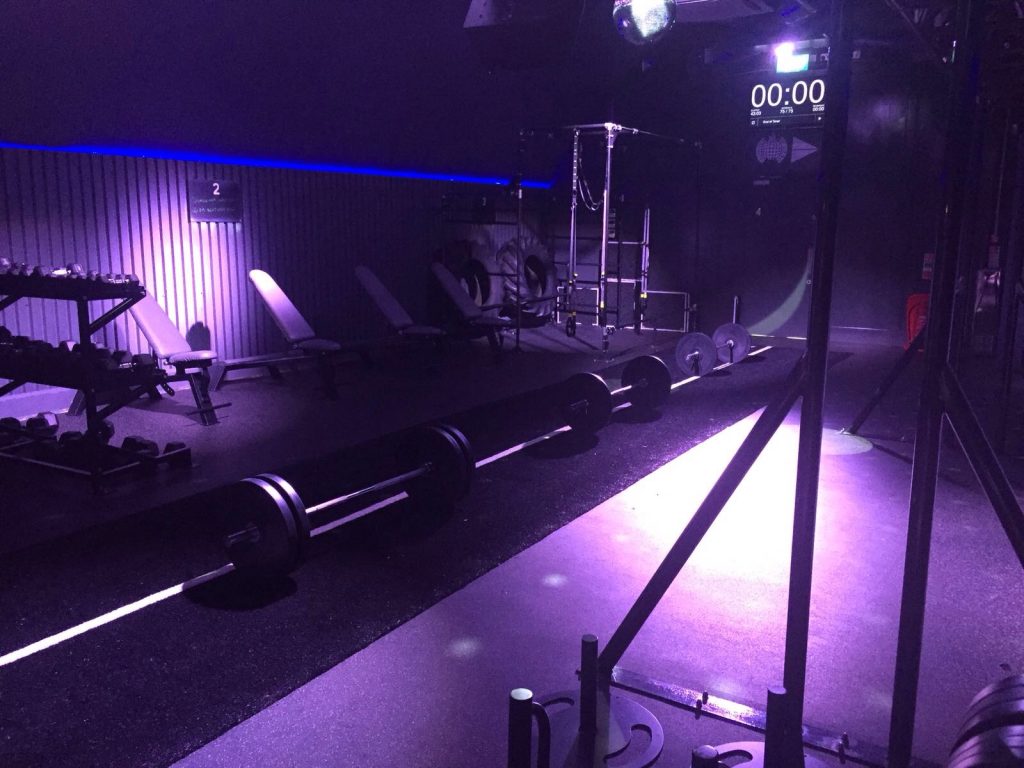 The torture room, ahem, where the magic happens. 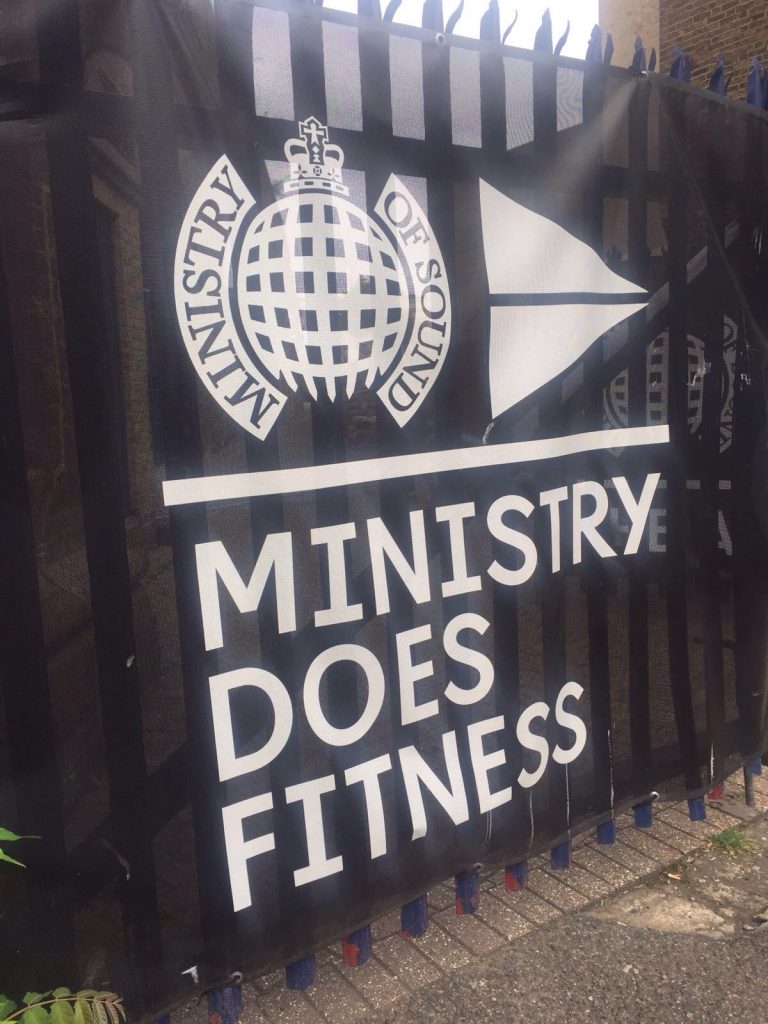 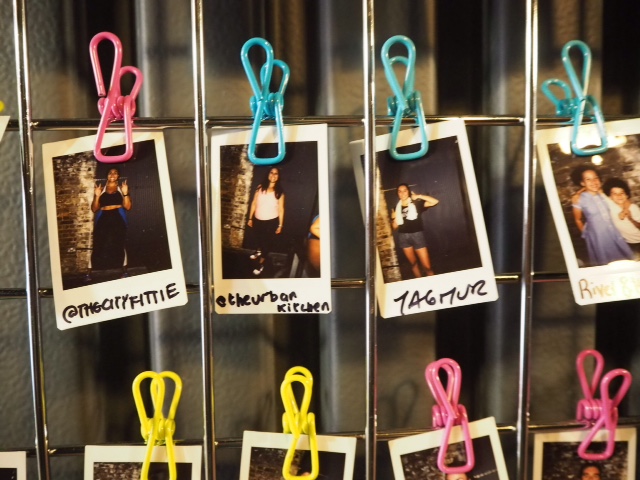 Ministry Does Fitness Photo Wall – with some of our favourite people featuring! 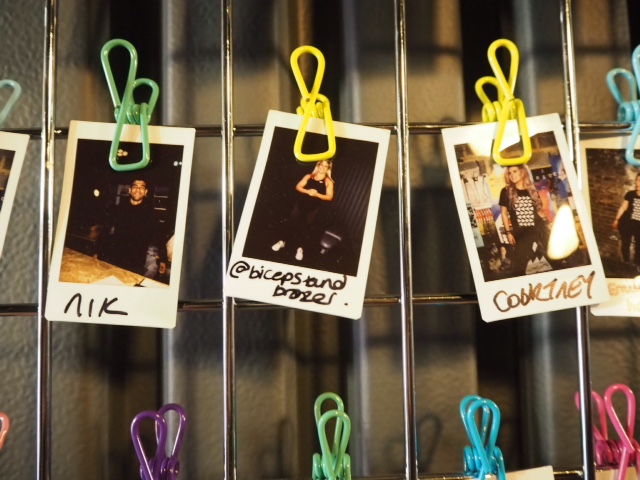 The Ministry Does Fitness Photo Wall – are you on it? 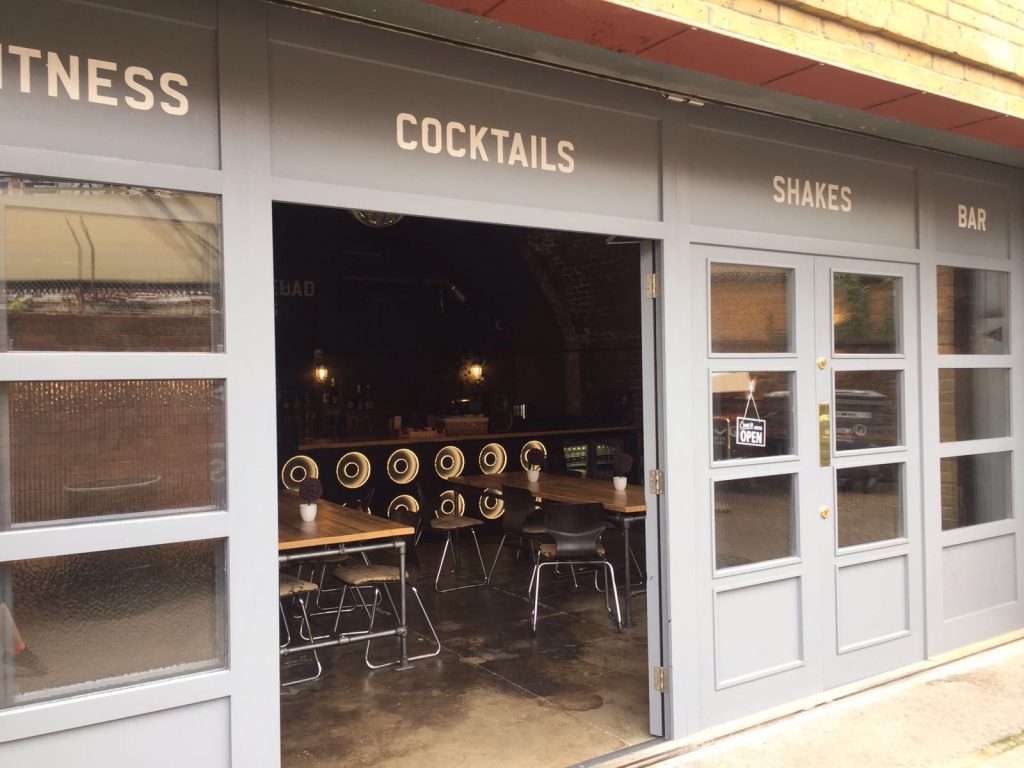 Ministry Does Fitness – not just a gym!

Who’s it for? Anyone who wants to get fitter, stronger, better… Exercises are adaptable to suit newbies or more avid gym-goers and Laura does not condemn people for needing to rest during the session. All she asks is that people give their best when they can.
How much: There’s a great deal for newcomers with a whopping 80% off for a 7 day pass, which makes it £20. TWENTY POUNDS! A one-off sessions costs £14 but there are better deals if you buy packages.
Where: The Arches, Ministry Does Fitness, Arches 80 and 81, Newington Court, London, SE1 6DD
Website: www.ministrydoesfitness.com