I’ve been up super early for a morning rave before so it’s hardly surprising that I find myself choosing to spend my Saturday evening at East of Eden yoga studio in Walthamstow. Yet, this was for an entirely new experience – an Ommersion yin yoga and gong bath session. 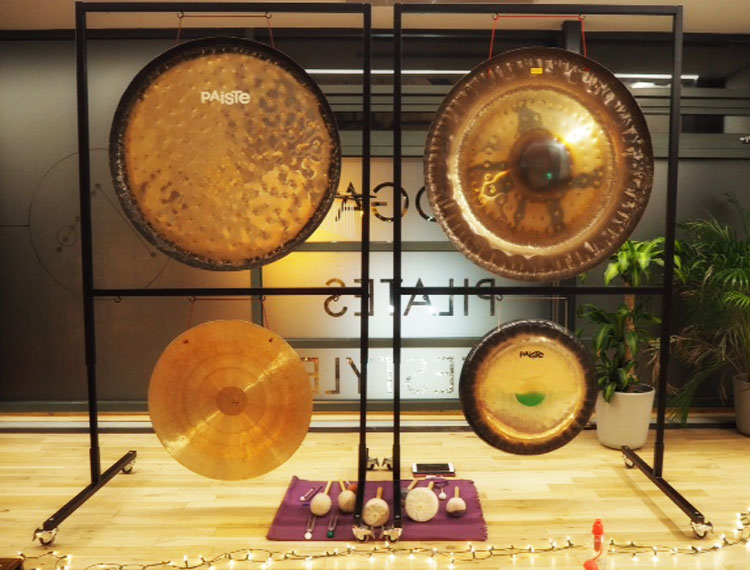 Ommersion is a new monthly event which launched it’s opening night, quite aptly, on 21st May, a new moon. It’s held in the newly opened top floor studio at East of Eden and lasts for 2 hours from 7.30pm.

Situated in a very cute little courtyard less than 10 minutes from Walthamstow station, surrounded by quirky studios and a great-smelling pizza restaurant, East of Eden is a simple, airy and fresh-feeling yoga studio, with a living wall of plants.

This is the first time I’ve really done a yin yoga class (I normally prefer Rocket yoga or something dynamic and ‘sweaty’) so I was looking forward to some downtime with the mat. With a full class, people were packed in but never too much that you felt like you didn’t have your own space. Each of us had a bolster, eye bean bag and blanket, although I also grabbed a couple of bricks too. Led by Naomi Costantino, a pixie-like teacher with a sense of humour, we started off with grounding meditation. This suited me just fine – I was totally up for a chilled few hours. However, that was where any thoughts of it being ‘easy’ finished; for the yoga session was position-based – even though we only ‘did’ a few positions, they were incredibly challenging as we held them for longer than was comfortable. Which was the idea. If you think dynamic yoga is hard on the body, yin yoga is a workout for the mind. A lot of my positions were adapted to accommodate the bump, aka Hungry Bear, and for this I was grateful but they were still not easy. A supposedly innocent position, when held for more than 5 minutes is a real test of mental strength. Naomi’s intention for the class was to use certain positions, such as the hip openers, to help us delve deeper into our emotional selves, working past the physical. Apparently, this is when a lot of emotions can surface and it’s not uncommon for people to experience a release which often results in crying. Weirdly, the hour seemed to pass by quite quickly and it was with some relief (no more holding positions) and regret (they were doing me good!) that it was time to move onto the gong bath. 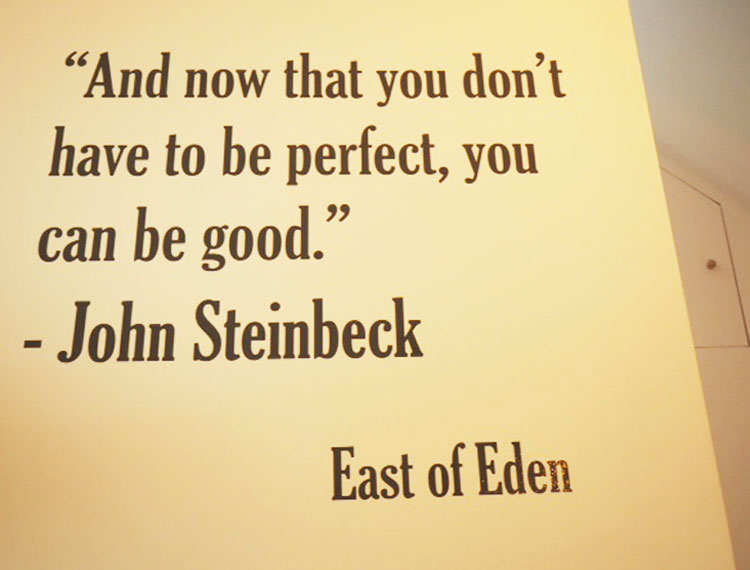 Gong baths, as it turns out, don’t involve sitting in a gong or water of any kind. As Ali Gunning, a sound healer, explained, the next hour would involve us lying on our mats (most people in savasana, me on my side) whilst enjoying being immersed in waves of sound. Ali would mostly use her gongs (there were 4 gigantic ones at the front on the stage), as well as other instruments which she had used during our yin yoga session; these varied from tuning forks, to singing bowls to a conch, bells and some which I didn’t recognise.

There’s nothing I love more than the end of a yoga session and getting to lie down and relax so after the surprisingly demanding yin yoga, I was more than ready for my gong bath. Once relaxed, with the eye bean bag balanced on my face and the lights dimmed, the gong bath started. For an hour, I lay there, in a weird place I’d never been to before – it was like a dreamy twilight zone. The rolling waves of the gongs, lapping at my mind occasionally crescendo-ed into something which had me fighting the urge to leap up and run out of there; focusing on breathing kept me calm. It’s the strangest experience but not altogether unpleasant. One acupuncturist who I spoke with said that she could feel all the points in her body tingling. For everyone, the experience is different so all I can really say is to find out what it’s like, you have to try it for yourself.

At the end of the session, there’s a few minutes’ silence whilst everyone absorbs what’s just happened before sleepily emerging from under blankets. To round off the evening and to prepare us for heading back into the outside world, we were treated to a Moody Mango warm drink, which tastes like a hot chocolate, but tastier (if that’s possible). Full of superfoods, including cacao and ashwangandha, it’s the perfect way to end a most curious and restorative couple of hours.

That we are awake? It seems to me

That yet we sleep, we dream

Ommersion feels like a trippy pyjama party where you spend half the time in a weird state in your own mind, somewhere between discomfort and half-sleeping. It’s relaxing, challenging, beautiful and strange all at the same time. With most of the two hours taking place with your eyes closed, it’s one of the few ways that you can spend time focusing on your inner state and what your body is telling you, which is much-needed in a busy city like London. I only wished I could have rolled straight into bed after, yet as it was, when I did get home, I went to sleep immediately and slept better than I had done in weeks.

Who’s it for? If you’re new to this, don’t go with any expectations.
How much: £25
When: Every month. Visit their website for more details.
Where: Studio 1, The Tramworks, 14 Hatherley Mews, Walthamstow, E17 4QP
More information: www.edeneast.co.uk