Run Dem Crew is a running group with a difference. What started as a small group of friends running the streets of London at night has turned into an international movement inspiring thousands. This year, Run Dem Crew partnered with Gymbox, making their running sessions available to like-minded Londoners across the city. 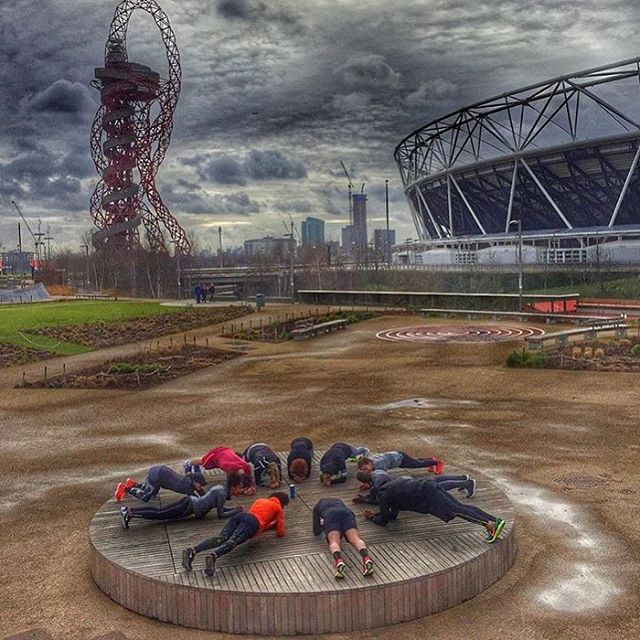 There are literally hundreds of running clubs in London and, up until very recently (when I started actually running), I would merely acknowledge their existence with a mixture of envy and indifference. However, there is one running group that I’ve always been very curious about, ever since entering the London fitness scene way back when. Run Dem Crew appeared in my social media feeds, at first as small glimpses of what appeared to be a bunch of very cool people running together, and gradually turning into what I can only describe as the buzzing social media footprint of a vibrant community who run, make art, and elevate each other and those around them.

Run Dem Crew was founded in 2007 by DJ, musician and writer, Charlie Dark, initially as a way of sharing his own newfound love of running with his friends. Charlie gave Run Dem Crew a unique style and attitude, reflecting London’s diverse culture, and before long, it grew into a community with an aim to encourage creativity through movement. You see, Run Dem Crew is not just a running club. They are a family and a movement. You can see this in the RDC Youngers initiative, which brings the Run Dem Crew message and ethos to young people in London, giving them the tools and confidence to grow and change their lives and their community for the better.

Until I finally decided to lace up and learn to run! No sooner had I finished my Run To 5K programme, that the opportunity I didn’t know I was waiting for arose. In January 2016, Run Dem Crew partnered up with Gymbox to host sessions based at gyms across London. What do you get when London’s coolest running crew and most exciting gym get together? Well, I couldn’t wait to find out!

The Run Dem Crew sessions at Gymbox are open to both gym members and non-members and you can use the lockers (remember to bring your own padlock) and showers at the gym. After dropping my bag at the locker room of Gymbox Old Street, I met with the rest of the thirty-odd runners outside the front entrance. Under instruction by strength and conditioning coach Chevy Rough (real name), we formed a circle and went through a thorough warm-up set. Chevy used the opportunity during the warm-up to get everyone to introduce themselves, in a kind of Mexican wave. Most of the crew were training for a race and it was pretty evident that I was probably the least experienced runner there, so I mentally prepared for spending the next hour bringing up the rear.

Good thing too, because soon after Charlie Dark joined us, the crew – or ‘pack’ – set off at an alarming pace into the back-streets of Clerkenwell. The run was led by Charlie, together with Chevy and Run Dem Crew member Sanchia, and was structured in sections of running, sprinting and strength and conditioning. Pretty quickly I found myself towards the back of the pack, but Chevy, Sanchia and other crew members made sure I was never alone back there.

As a ‘back-packer’, I did feel a little bad about cramping the Run Dem Crew style. The crew wove through the London streets at speed, calling out changes in direction and obstacles on the way (“Bollard left!”), asserting their presence, maintaining pack cohesion and generally looking badass.

At the end of each run or sprint section, the runners at the front would cheer the rest of the pack as we arrived, and once we were all together, Charlie or Chevy had us doing squats, planks, push-ups, jump-squats, and all manner of strength-building exercises. A particularly evil one involved getting into plank position in pairs opposite each other, and shaking hands for a minute. It may not sound like much to you sat there reading this blog, but take my word for it: the burn is real. 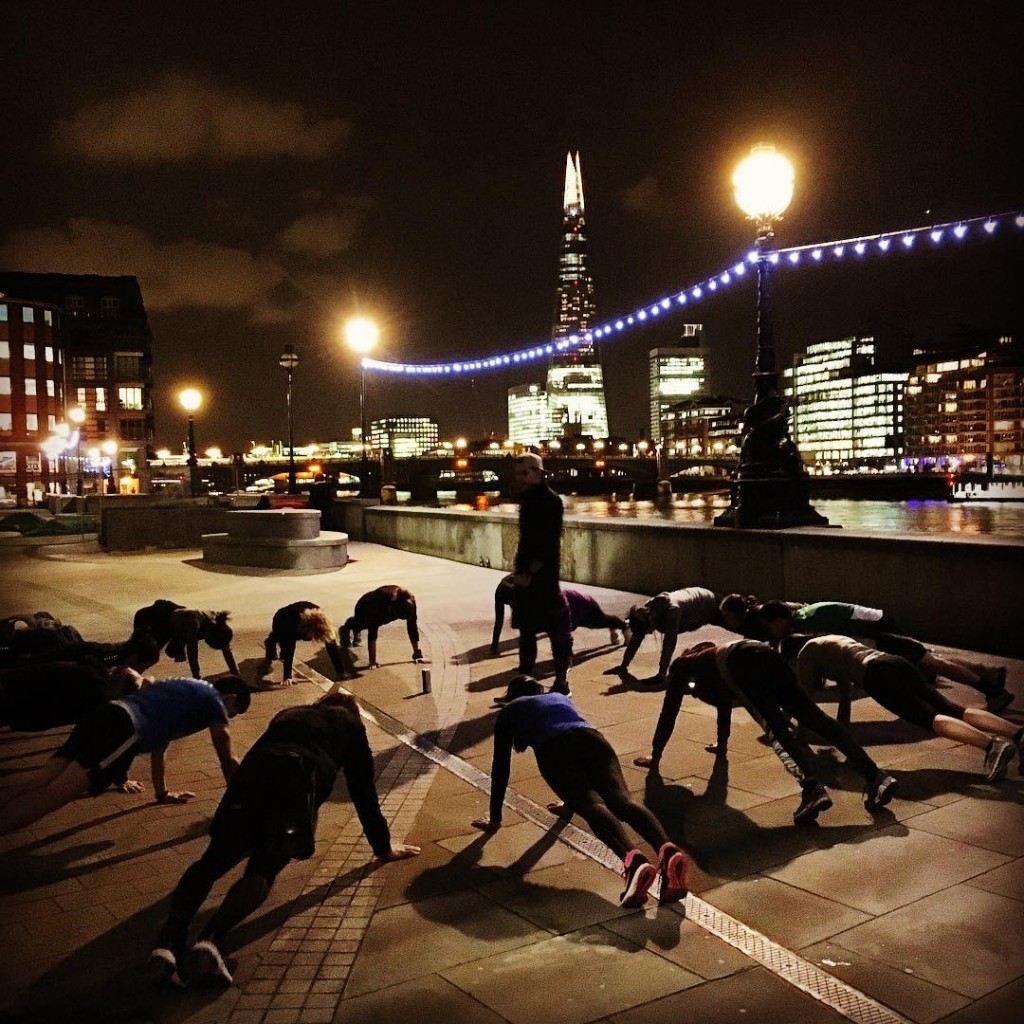 At every stop, Charlie explained why we were doing what we were doing. Strength and endurance have a massive impact on running performance and are important for injury-proofing. In fact, Gymbox hosts a dedicated strength and conditioning class called Strong Dem Crew, specifically for runners. This kind of training is also essential for developing the mental tenacity that is needed, especially in long-distance running, when all manner of things could go wrong or different to what is expected, and race day is unlikely to go perfectly to plan.

Then Charlie went and got us lost.

We found ourselves climbing a spiral staircase, slaloming in and out of pillars, discovering a random table tennis table on a rooftop… I couldn’t tell you which way we were going, I have no hope of repeating the route, and no idea what distance we covered. But everyone had a smile on their face.

“I think that over the last decade running has become such a money making industry that somewhere along the line the message has been lost”, Charlie told us. “Performance has taken over the sheer simple joy of running with your friends through the city that you love. I used to be very performance focused but lately it’s definitely all about running for enjoyment.”

With this message resonating, we found ourselves back at the gym. The session ended with high-fives and a cool-down and stretch. I left feeling super proud of myself and buzzing with those Run Dem Crew vibes. I certainly pushed myself harder than I ever would have while running by myself. One of the crew members even confessed that she took a whopping 28 minutes off her half-marathon PB through Ren Dem Crew sessions alone! In the words of Charlie Dark: “If you can get people to the point where they fall in love with running and everything it can bring to your life, then they are more likely to push a little bit harder to get the best out of themselves.”