“…the most comfortable running and sports underwear in the world” is a pretty big claim to make. Yet Runderwear seem confident. So of course we had to try it out. With some running and a fitness class or two. 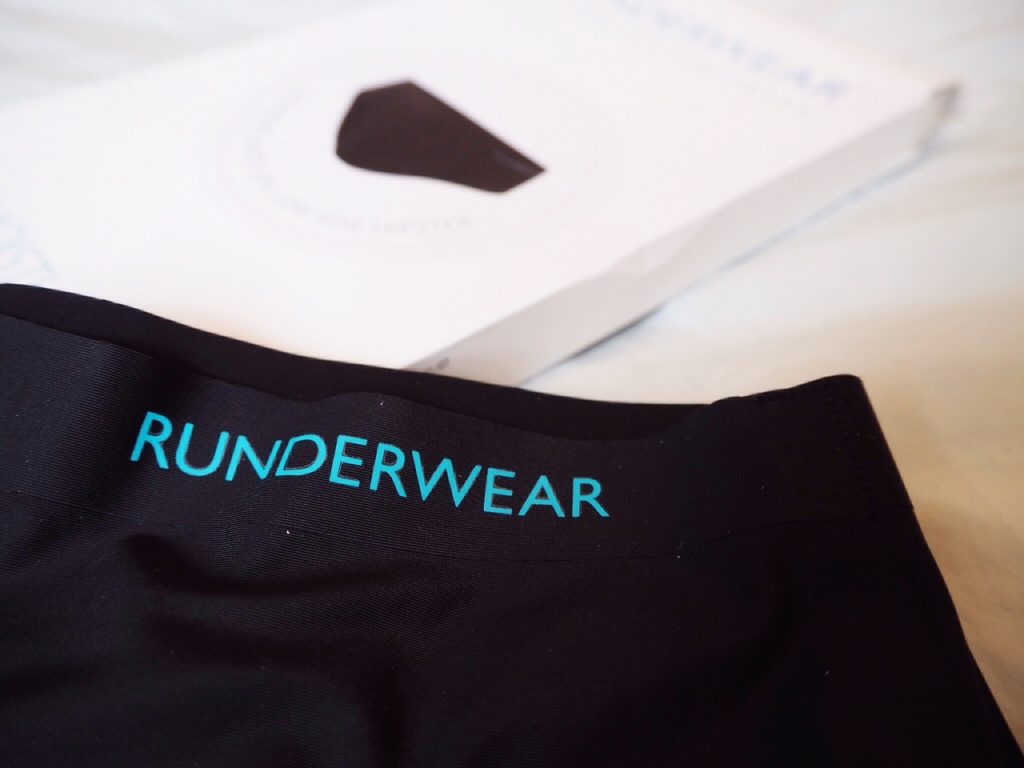 Runderwear comes in a variety of styles and sizes. This is the Anti-VPL Hipster.

My pants are labelled (in my head) as ones which are comfy, ones which are a little more exciting and those for things where I don’t mind them getting filthy (not THAT sort of filth, more the muddy, obstacle course race kind of filth). I’ve also got a set of pants which are better than others for wearing with leggings. However, I still generally throw a top which comes down past my crotch because nothing in my pant drawer works perfectly. And then I was sent a pair of Runderwear.

The idea of pants which are comfy for running in and fit in well under leggings seemed a bit gimmicky to me. After all, my pants have served me well so far, why would I change it? However, it turns out Runderwear aren’t just any pants, they’re an UPGRADE.

There are several types of Runderwear knickers for women and I tried out the Anti-VPL* Hipster pants which are probably made from unicorn fur, they’re so soft. In fact, like some weird pervert, I did stroke my own bum for a few minutes once I had them on. The material seems thicker than your usual pant material and hugs the skin nicely.

But does it give you a knicker line? I’ve got a wonderful pair of Hey Jo leggings (in olive green) which I love but seem to show every tiny bit of stitching on my pants so they were my test. Around the top, it passed with flying colours but because the pants don’t cover my bum (they do that thing where they cut halfway across it) and maybe because my bum is a little larger post pregnancy or, maybe because they come up a little smaller than other pants I have, you could see that I was wearing pants. But more on that later… 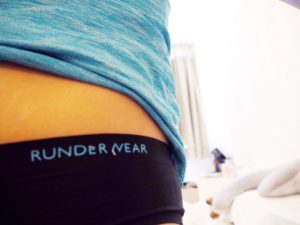 Slight wearing of the branding after washing. But it didn’t affect the pant’s performance!

Here’s where I admit that I use my Hey Jo leggings for poncing about rather than for any real exercise. And there’s no point wearing Runderwear without taking them for a test-drive run, right? So I did a quick change into my trusty Lulu’s and had a little jog around Highbury Fields with a friend. They were super comfy – no rubbing, no chaffing. One less thing to worry about!

I also wore them to boxing a weekend later (washed, of course!) which was interesting as I for some reason, no longer had the edge of the pants making a line across my bum. I’m not sure if I was wearing them slightly lower, or if all the exercise I’d done had shrunk my ass, or if they’d stretched (I really don’t think they’d stretched) but I thought they looked great. And unlike normal cotton pants, there’s also no sweaty-pant feel thanks to the moisture-wicking technology used. I don’t know if you have the same problem but the seams on my leggings chaffed against the small of my back during the million sit-up. My Runderwear pants, however, gave me no trouble at all. Can you start making leggings please, Runderwear…

Even though Runderwear don’t cover my bum fully, they’re still the comfiest pants I now own. The fabric feels amazing and it’s like going commando when wearing them. I was a little disappointed that the branding was peeling off after one wash but since so one actually sees this, it doesn’t bother me.

What are they: Seamless, comfy underwear which doesn’t chaff.
Who are they for: Anyone who wants to exercise in the upmost comfort.
How much: £18
Where from: Buy them directly from their website.
Website: www.runderwear.co.uk

**I did tell Runderwear about this and apparently the pants I had were a sample batch and different from the normal production line.