A post-pregnancy body can feel like it belongs to an alien. Suddenly, there’s skin where there wasn’t before, you may not be able to do the things you were so easily able to do, your hair may start falling out and clothes are suddenly awkward – you don’t fit your pregnancy clothes yet everything else is too tight. However, it’s boobs that can often undergo the biggest change; they twinge whenever its time to feed your little one, leak at the most awkward moments and have swollen to a gazillion times their original size. Good luck trying to stuff those puppies into your sports bra when you finally decide it’s time to get back into exercise… and when you do, it hurts. 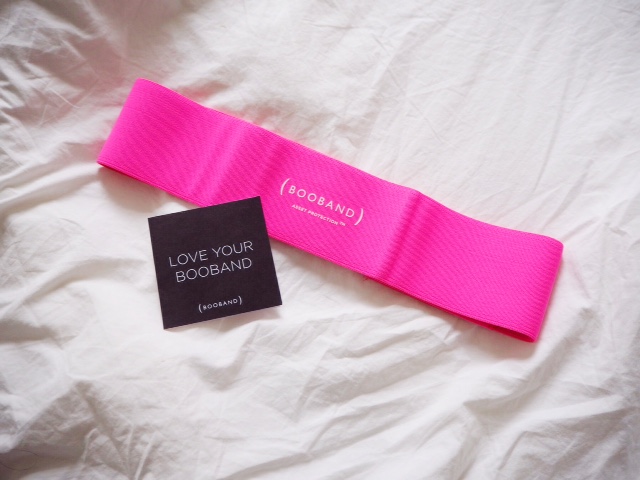 My first post-baby run was probably not as well thought out as it could have been… it was 26 degree heat (I was in Australia) and I thought ‘why not’ to the suggestion of a 5k run round the park. BIG MISTAKE. With my friend baby-sitting, my husband and I set off together in the sweltering sun but within seconds, even my most loyal companion couldn’t bear how slowly I was travelling and sped off into the distance. My stomach muscles felt weird, my legs felt unwieldy and heavy but oh, my boobs! Even though I was wearing a supportive sports bra, they felt like they were bouncing up and down and all around. It was like someone had swapped my boobs for those silly little glasses you get with the googly eyes on springs. And my boobs were the eyes. At this rate, had I not CARRIED my boobs around the park, they’d have stretched down to my knees by the end of my run.

Speaking of which, even though I was hating every minute of that wretched run (whose stupid idea was it in the first place? Mine. Of course) I could have certainly run further than the 1.2k I estimated I lasted for. It was my boobs which stopped me. I was literally carrying them. After getting strange looks, I stopped holding them with my hands and tried running supporting them with the insides of my arms. This helped support them from the bottom but did nothing to stop the wibbly bits on the top feeling like they were going to hit my chin.

So I gave running a rest.

Until I came across the Booband a few weeks later. It claimed to give women additional support when exercising but most interestingly of all, it supported the top of the breasts, the bouncy bit which I needed help with. Shamelessly, I emailed them and asked if I could try it out. They said yes and a few days later one arrived at my house.

According to Booband, if you don’t support your breasts, especially when taking part in activities such as jogging, you can cause irreversible damage to the delicate connective tissue which can ‘creep’ due to the excessive tension on the skin and ligaments. This can result in saggy boobs, as well as causing pain or discomfort. My post-baby body is already feeling saggy enough thank you very much, without adding boobs to that list so I was all ears.

I’m a size 10-12 (definitely more of a 12 post-pregnancy) so asked for a small Booband. The actual Booband is really simple; it consists of a wide strip of elastic that’s secured with Velcro to form a band. This sits over your sports bra on the top section of your boobs, pinning them down. There’s no way to strictly measure how tight you should fit it so the first time I tried it I fastened it so that it was firm but not uncomfortable. I wore it to a Belle’s Buggy class which included lots of running up and down steep stairs and lunging on and off the side of a playground wall. The second time, I wore it running (I was late to a yoga class) and I didn’t have to ‘hold my boobs’! Not once. It really was liberating. Plus, the splash of pink looked cool peeking out from under my vest top. I didn’t feel like they were about to hit my chin and it didn’t feel awkward. In fact, it made me feel the most normal since having my baby. Yes, I was initially a little self-conscious, especially as it accentuated the bulgy bits under my arms but to be honest, I have worse bulgy bits to worry about. I was really pleased and also a little surprised at how effective the Booband was. 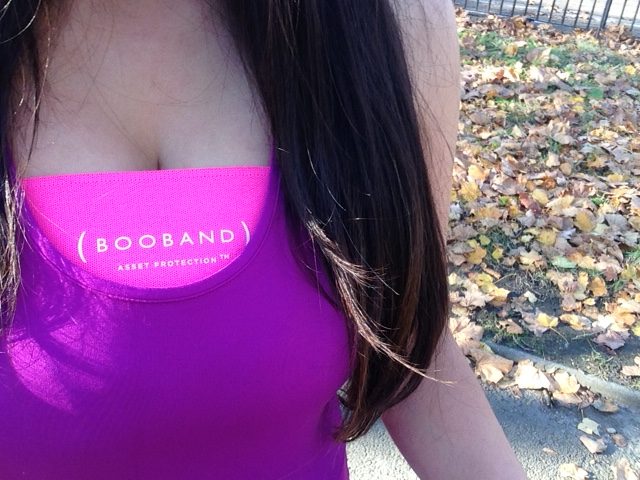 Love the splash of colour the Booband brings 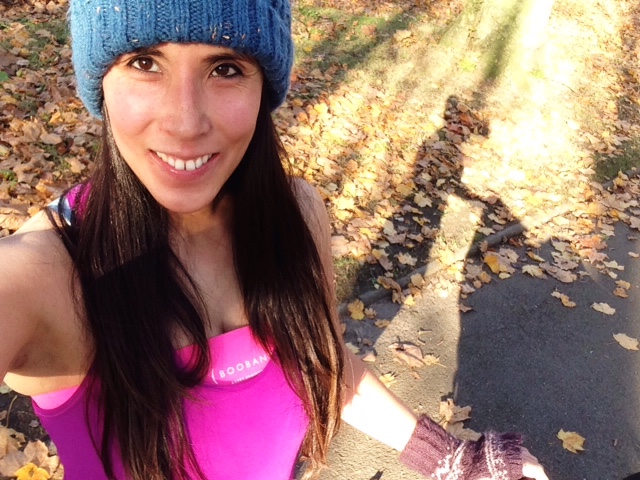 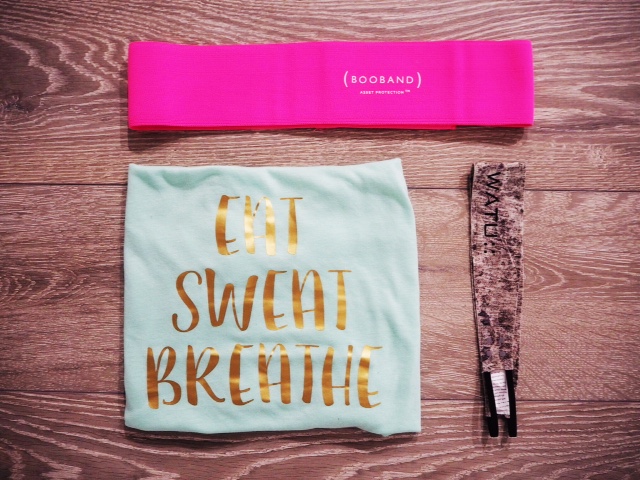 My workout essentials: The Booband, #eatsweatbreathe tank and Watu headband

The Booband must be worn with a supportive sports bra for the best results. I found it significantly reduced discomfort and ‘jiggle’, was easy to put on and felt secure. I felt completely comfortable running in it, so much so that it was a joy to run, even though I was so slow. I also think that this is something I could have benefited from even before pregnancy, to help support my 34C boobs during runs and HIIT. In fact, when asked by a friend whether it was actually good, I answered ‘I’d definitely buy it’, which is the highest mark of approval you can get from a health and fitness blogger who gets loads of stuff like this for free. The only thing to watch out for is your clothes when putting it on – you don’t want to catch your precious (and probably expensive) running top on the Velcro and snag the material *wails*.

Who’s it for: Anyone (normally those with larger breasts) who find running a strain on their boobs.
How much: The Booband comes in two colours, pink and black, and two different sizes, small and medium, and costs £20 each.
Where from: thebooband.com