My fiancé paled visibly when I told him what we were having for dinner. “Kale & spinach soup!” Soupologie had sent me over some of their ‘souper’ soups to try. It’s at times like this when he has doubts about my blogging role. The kale and spinach soup was certainly rather green. 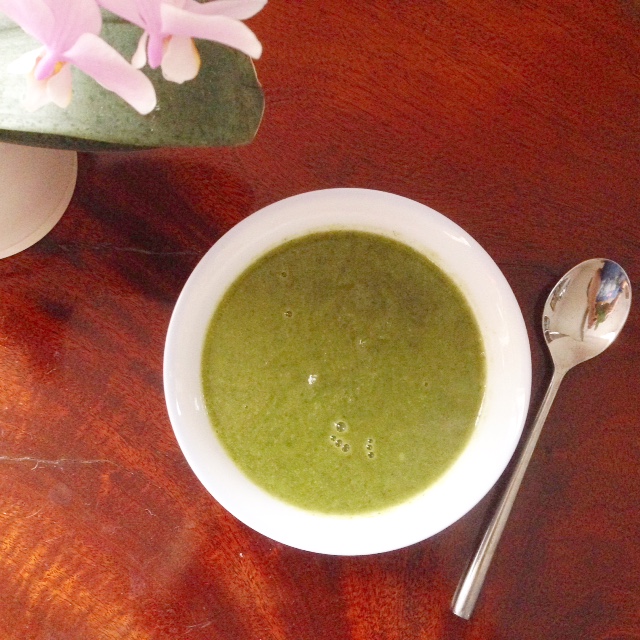 The Kale & Spinach soup with a touch of garlic

It’s not often that I touch ‘ready-made meals’ as I find they’re often stuffed with things that just shouldn’t be in food. I’ve also recently discovered I’ve got an intolerance to gliadin, a gluten, and wheat. And dairy and a bunch of other things too. So to be on the safe side and because I like to know EXACTLY what’s gone into my food, I make it from scratch. Luckily for me, Soupologie seem to have produced soups just for me! They’re gluten-free and dairy-free, with no added sugar or hydrogenated fats.

The kale and spinach soup (with a touch of garlic), was really delicious. For anyone who can’t imagine anything worse than a soup full of greens, if this was a blind taste test i’d guarantee they wouldn’t be able to  pick our spinach or kale. It just tastes… Good. Even my sister who eats pretty much just meat looked hopefully for the chance of another spoonful. There was no chance of that.

One soup was big enough for both of us as a meal with added extras. I had mine with a small salmon fillet that was left over from the night before. It’s a pretty thick soup too. I don’t normally count calories but for those who do, half a pot contains 137 calories. For anyone doing the 5:2 diet this is a pretty good thing to have in your fridge! 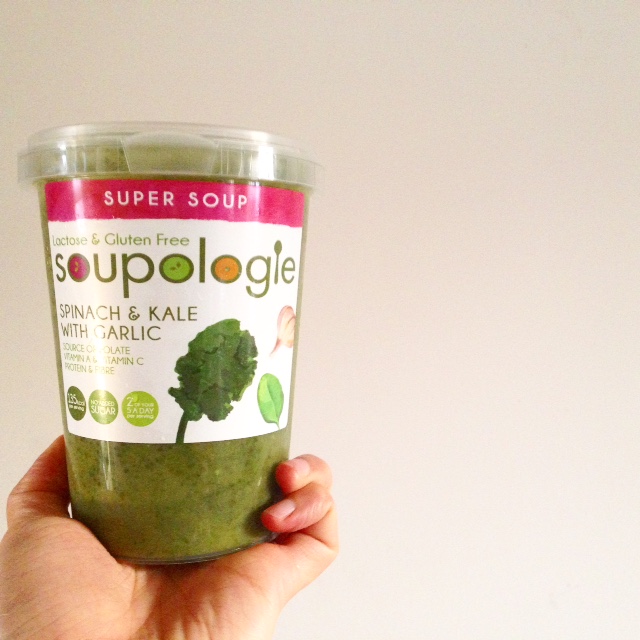 There are 9 flavours in total. I also demolished a Detox Boost Beetroot & Pomegranate soup on my own when I was feeling particularly wolfish. This intrigued me the most as I’ve never thought of adding pomegranate into soup. But it’s like eating the earth (in the way that beetroot tastes) with a zing of pomegranate. The carrot and parsnip also give it added sweetness.

Where to buy? From a selection of retailers and online from Ocado. See all their stockists.
How much? From £2.99 for a 600g carton (serves 2 as a light meal)
Who are they for? Busy Londoners who want high quality, healthy food but don’t have time to cook from scratch.
Visit the website: www.soupologie.com