With what seemed to be like a new London studio opening every week in 2017, there’s certainly been enough to keep the Healthy Living London girls busy, and you’d be forgiven for thinking London couldn’t possibly squeeze in any more. Turns out, that’s far from the case, and with plenty more in the pipeline for 2018, here’s a list of the top ones to check out…

Set to open this January on 40 Coleman St, just 2 mins walk from Bank station, this will be the second boutique concept studio from Another Space. Similar to the ‘first’ space in Covent Garden, the specialist studio will bring you the best Cycling, HIIT and Yoga classes in the city. Having already heard yoga GURU Chris Magee will be taking a classes, keep a lookout on the timetable for another favourite, Jamie Ray, boxing HIIT specialist. With a whole host of top instructors – in particular one of London’s finest PT’s who’s just completed her Another Space training (keep a lookout for further info, this lovely lady really is the best!) – you’re guaranteed to get on a sweat, no matter what class you chose. Oh, and just a special mention for those changing room facilities. Luxury at it’s finest. 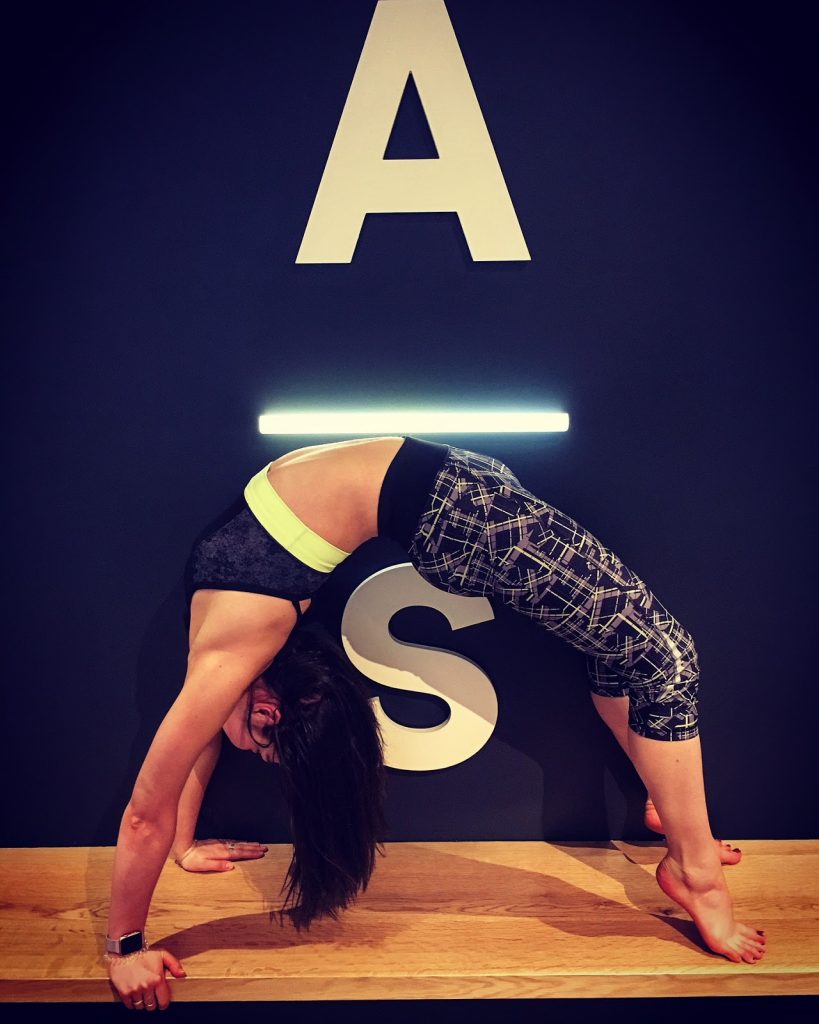 Bridging at Another Space

Having spent the last year building her Define empire around London, ex Broadway star Ashley Yeater is definitely NOT a newbie to the fitness scene, but with her brand new studio opening this year just behind Oxford Street in Central London, she’s about to take her barre based class concept to a whole new level! Expect a total body workout using light weights but with lots of reps, pulses, and the occasional opportunity to write “I LOVE ASHLEY’ on the wall using your toe. You can’t make this stuff up!

Set to open in February, with a range of barre, mat and stretch based classes on offer, in addition to a weekly run club from top Nike trainer, Courteney Fearon, this place may be about to become my new second home! 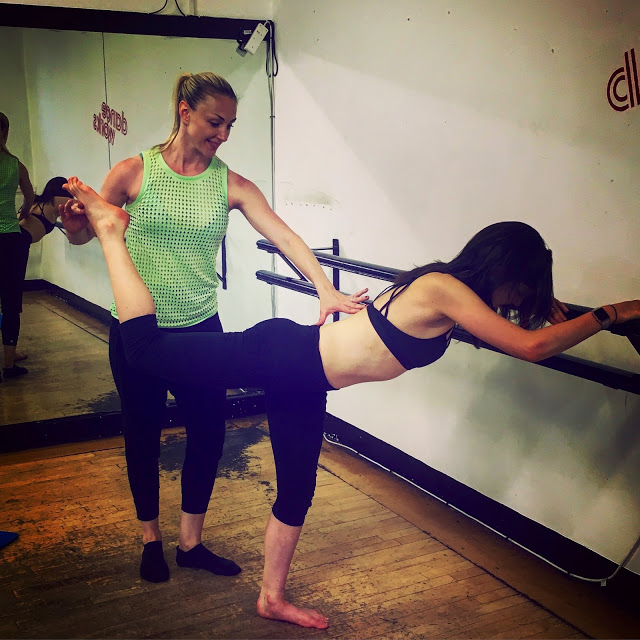 With the insane machine that is Ashley Yeater

They were initially known for their crazy and surprisingly sweaty dance classes (who’s been to 80’s Aerobic..? Leg-warmers are a must!) but soon added a whole host of additional classes to provide fun fitness classes for all. With top quality upbeat instructors, you can box, yoga, lift and more at their four current locations (Shoreditch, Queens Park, Kings Cross and Victoria, or five locations if you count the dedicated yoga studio also in Kings Cross) and they’re not stopping there! Fitzrovia is due to open on 18th January and the Hammersmith location on 27th January.

Every fitness enthusiast’s worst nightmare. When you come across the most incredible studio, with amazing classes and top notch instructors…. but it’s out in Clapton. We’re talking way out of my zone 1 comfort bubble! However, a little bird has informed me all first world problems are about to be solved, with a new studio opening this month at 2 Hearn Street, Shoreditch. Continuing with the strong architecture and design found in their Clapton premises – a refurbished tram depot – the new studio is set to have an art gallery, a 60 seat cafe providing a bespoke vegan nutritional offering, AND a retail space featuring the most innovative and technical sportswear brands. As described by the founder, Reema Stanbury, “BLOK combines fitness with art and design and our gyms are  beautiful spaces that you want to spend time in before and after a class”. You can say that again! 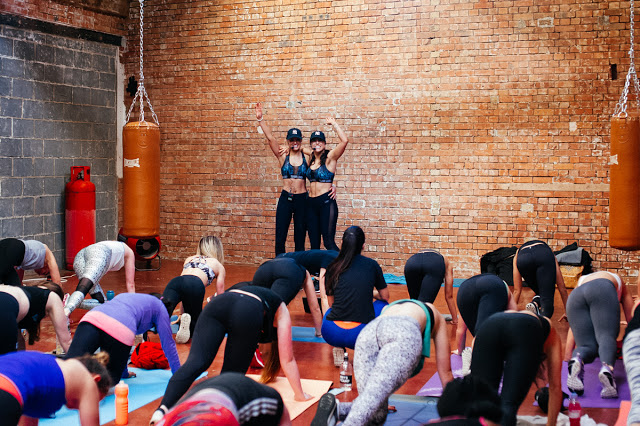 Throwing it back to the MissFits event at Blok, Clapton

Now with four sites (Soho, Marylebone, Tower Bridge and Canary Wharf), London’s premier gym group is about to make a fifth addition to the portfolio. One of the few fitness venues to offer both a fully equipped gym AND incredible classes, keep a look out for my favourites Sweat X, Afterburner, Speed Fiends and the brand new class concept WOD (Workout of The Day) – specially designed by Lead Trainer Luke Baden. With the company having invested more than £50m in two new sites for 2018 (the second to open in Islington later in the year), needless to say no corners have been cut, and the City venue is set to feature a full length swimming pool, members lounge and even a cryotherapy chamber… 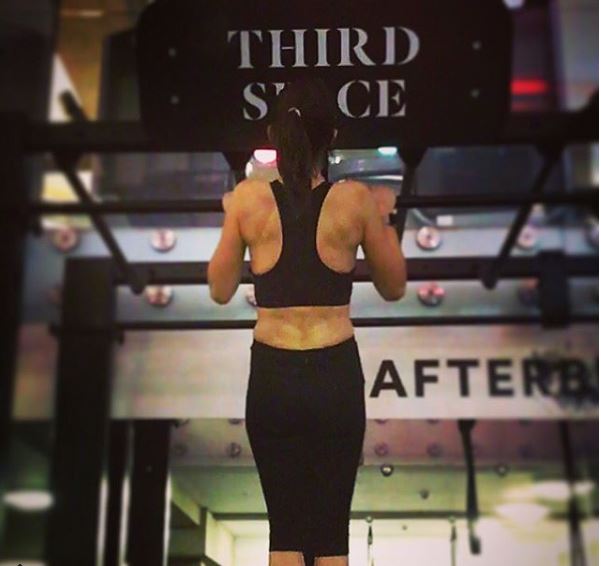 If you want the body of a dancer, you’ve got to get to a Louisa Drake Method (known as LDM for her regulars) class! Often incorporating resistance bands and stability balls LDM classes will test your stamina and strength (and it only gets harder as the class progresses!) to lean and lengthen your body. And as well as sweating it out at the Fitzrovia studio at The Detox Kitchen, you can also work out at their new Muswell Hill location at Sweaty Betty. Opening in January!

From what began with a single studio in Richmond, it’s no surprise the boutique fitness studio has no quadrupled in size, now with studios in Oxford, Moorgate and Blackfriars. And now, a little heads up – a FIFTH new studio, situated in Rathbone Sq, due to open April/May. A five minutes walk from Tottenham Court Road Station, whilst the build has still to begin (meaning exact details are still sketchy), they’ve confirmed it will indeed offer both their signature class concepts: Ride and Matrix.

Ride, an indoor cycling class performed on top notch Keiser M3i bikes, focuses on wattage and allowing you to track and measure your data. Meanwhile, Matrix provides an intense full body workout featuring Technogym SkillMill treadmills, kettlebells, TRX’s and bodyweight movements. One things for sure, after working up THAT sort of a sweat your gonna need to take a visit to THOSE luxury changing room and shower facilities afterwards!! 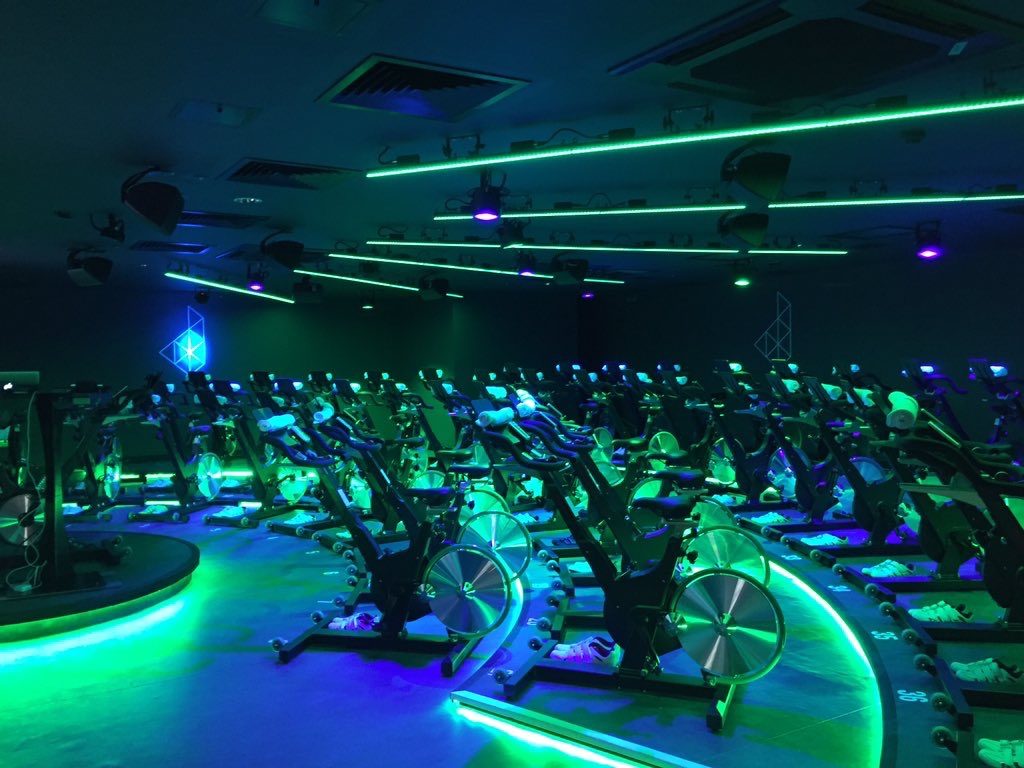 The cycle studio of dreams!

Does this place even need an introduction? One of the originals and still, in my opinion, one of the best! Expect red lights, loud music heavy weights, lots of reps, oh, and did I mention interval sprints and hill climbs on the treadmills? It could only be Barry’s! Adding to the Barry’s existing Euston, Queensway and Shoreditch portfolio, now catering for the Southerners is the brand new studio set to open later this month just off Sloane St, SW1. Admittedly, when I was given the grand tour a few months back the ‘new studio’ was still a lot of rubble, but even from that I could tell it’s gonna be pretty popular. Get those booking reminders in your phone, pronto! 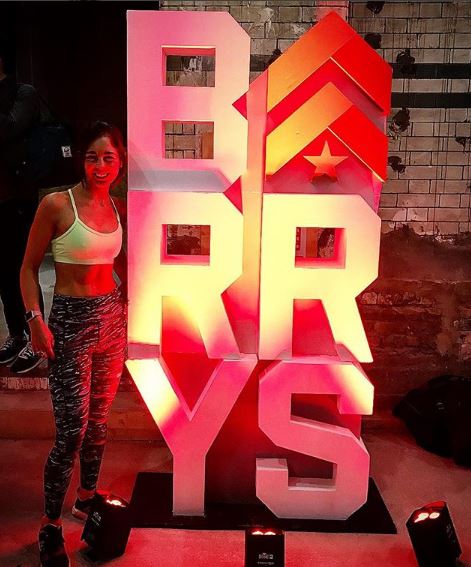 That time we did 3 Barry’s classes in one morning, finishing with food and drink and the soon to launch Victoria studio.

OK, so this isn’t a NEW studio as such, just a rebranding as of Monday 8th Jan. And when you set about improving what was already a pretty amazing studio, that can only lead to even more fitness fun!! Sorry (not sorry).

Genuinely though, situated just off Old St roundabout as what used to be ‘FitMiBody’, this small group personal training studio focuses on a specialist, personal approach. With classes being kept to a maximum of 10 people, they allow for an affordable way to be exposed to all the benefits of your own personal trainer, without breaking the bank. Not only do you also benefit from the enjoyment of working out with others, but with the classes being designed to a four week program, starting with stamina, then build, into power and finally challenge, the progressive and focused nature of the workouts keep you going back for more! 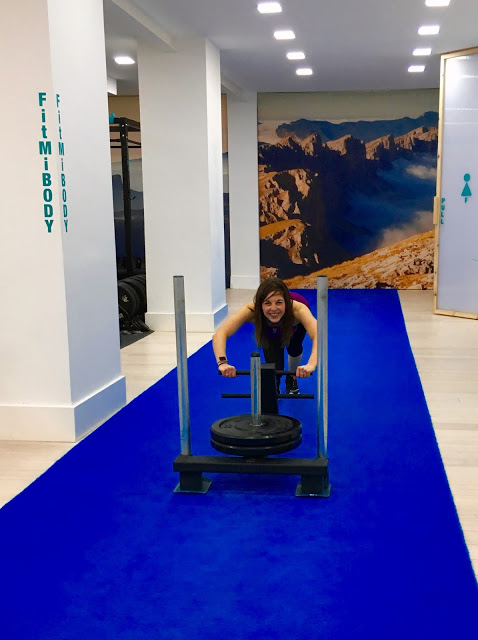 Back when it was FitMiBody – same space, just made even better!

If you’re heading along, I’d highly recommend checking out any of Lewis’s classes – just be prepared, he won’t let you off lightly！

When one of London’s most premium studios joins forces with one of London’s most premium department stores, you know pretty epic things are going to happen! Launching on 1st February as part of their Lamyland campaign, Selfridges and BXR have collaborated with  renowned artist, creative director and producer – Michele Lamy – to create a fully functioning boxing gym in the lower ground floor of the store. With 45 minute group classes splitting high intensity rounds of boxing on the bags, alongside strength and conditioning work on the boxes, you’ll be sure to get a head to toe workout that will leave you gasping for more! So you better get there quick, the pop up is only around till 28th of Feb! Booking is already open at https://www.bxrlondon.com/selfridges/ 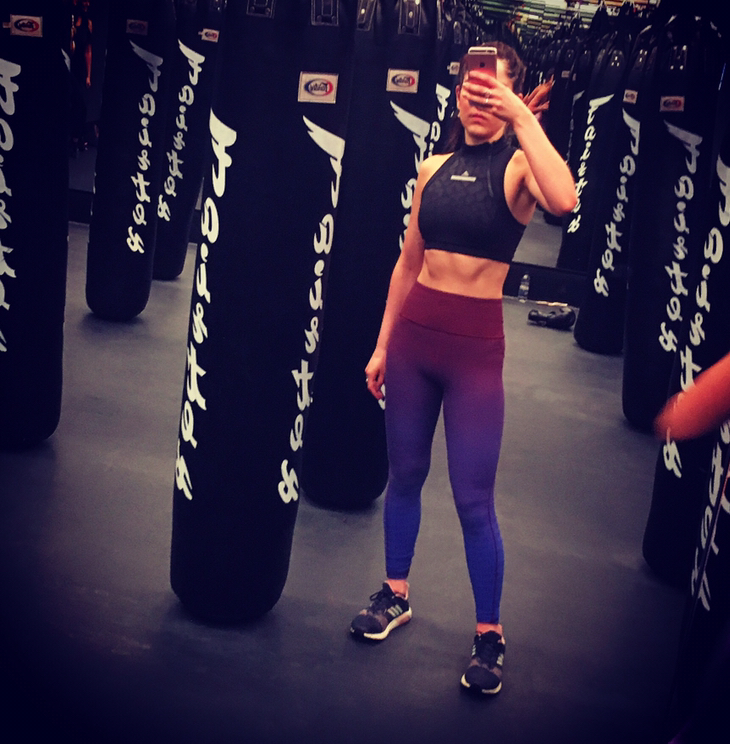 Shameless selfie at the Marylebone studio

Finally, leading the pack of them all, it’s 1 Rebel, who are set to open not just one, but FOUR new studios in the first half of 2018 – with even more on the agenda for the latter part of the year! To add to their current St Mary’s Axe and Broadgate portfolio, first up on the agenda will be Southbank to open this month –  and rumours have it another two at Victoria and Bayswater (hmmmm, sound familiar targets?!).

With the company having raised £6.6m in funding, you can be sure as the hell the top notch “industrial-luxe” studio design will be maintained throughout. A selection of London’s top instructors will be on board taking their three signature class concepts – Ride, Rumble and Reshape – meaning there’s something for everyone. And of course, no blurb on 1 Rebel would be complete without mentioning the incredible Kim Ngo – if you haven’t yet tried a Savage Sunday with this girl, where have you been?! 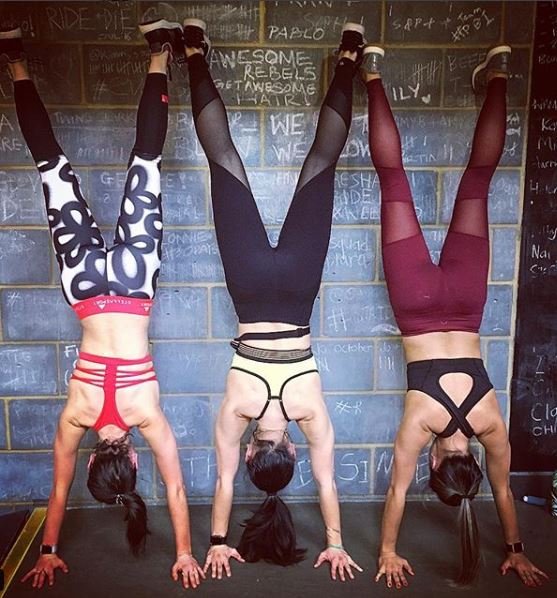 So Healthy Living London readers, enough to keep you busy?! Let us know which ones you visit!

Hannah Fuller works for Adidas and is always found at the latest London fitness venue. She’s a train hard, eat hard, kinda gal, with a big love for activewear. Follow her on Instagram here.