When CurraNZ invited me to “A Very Purple Evening”, presented by ambassador Vogue Williams, I was excited to go along to the event to out more about the next big superfood, fitness fashions and wellness trends to put into practice in 2018. 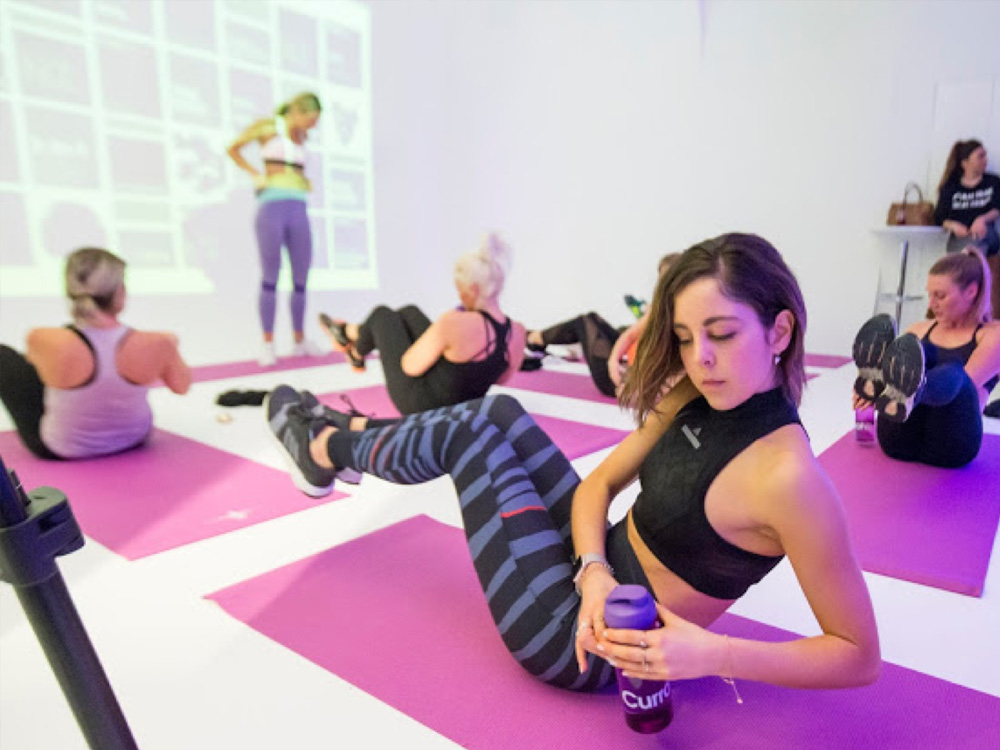 Made from the ‘King of Superfoods’, CurraNZ is a breakthrough blackcurrant extract boasting a unique combination of noticeable benefits for health and fitness. A natural, evidence-based, nutritious food extract that promotes health, sports performance and recovery, with the added benefit of accelerating fat burning during exercise.

OK, so  I admit – when I hear the word ‘superfood’, I immediately become skeptical. Especially when when combined with the phrases ‘fitness fashions’ and ‘accelerating fat burning’, alarm bells immediately start ringing my end. A firm believer that sustainable, long term health and/or weightloss comes from an overall healthy lifestyle, not some sort of ‘magic’ tablet or food sort, I was eager to hear what CurraNZ had to say…

Walking into a secret location in Soho one evening, and being handed two mysterious tablets at the door (“take a double dose, just for tonight,” we were told), it wasn’t the usual beginning to your typical fitness event! With a choice of blackcurrant infused cocktails, after 15 minutes or so of mingling with fellow fitness bloggers, journalists and the founder of CurraNZ herself, the lovely Fleur Cushman, we were ushered downstairs into the presentation suite, to find out what CurraNZ actually is, the science behind it, and it how it might help fitness enthusiasts like myself…

As we sat down, we were given an introduction to the panel of experts supporting the CurraNZ product: 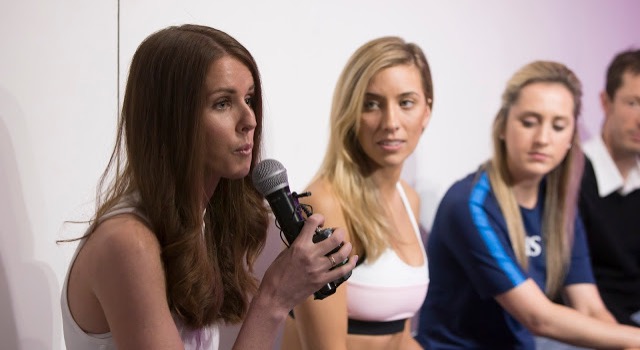 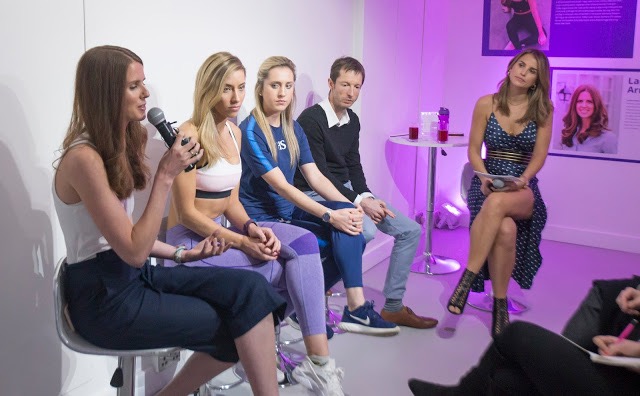 The CurraNZ ambassadors and panel of experts 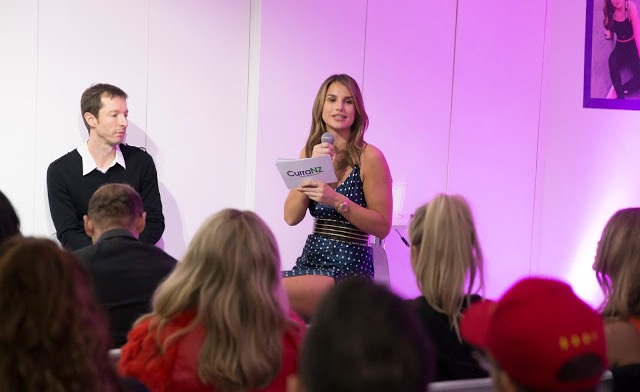 Model, Vogue Williams, reaching out to the audience

With the group of experts keen to share their experiences of CurraNZ, model and CurraNZ ambassador Vogue Williams lead an interesting discussion, where we were able to ascertain (or interrogate, in some instances!) the panel on the real science behind CurraNZ…..

So, is it just another marketing scam, or is there actually sound evidence that this ‘superfood’ may be all it claims…? Turns out there might just be something behind it!…

What exactly is CurraNZ?

Curranz is a 35% anthocyanin extract formula, coming in a tablet from, sourced from premium New Zealand blackcurrants, offering:

What are the proposed benefits of CurraNZ?

According to them, one little table regularly taken, can:

All very well coming from the brand, of course they are going to say these things, right?

So how does this translate in practice into the real world?

According to the panel, very well! Simply taking one tablet approximately two hours before your session, it will increase blood flow and oxygen delivery to cells during your workouts, meaning you can work harder, for longer, without that nasty DOMS (Delayed Onset Muscle Soreness) effect! Studies have proven not only do the superfood tablets reduce fatigue by 12%, but on test subjects it increased running performance on average by 11%. Now that’s something I can get on board with!

So it worked for the ‘panel’, did it work for you?

Following the talk, it was time to put our tablets into practice, as we moved upstairs to be taken through a signature workout by one of my all times favourites, Lilly Sabri. 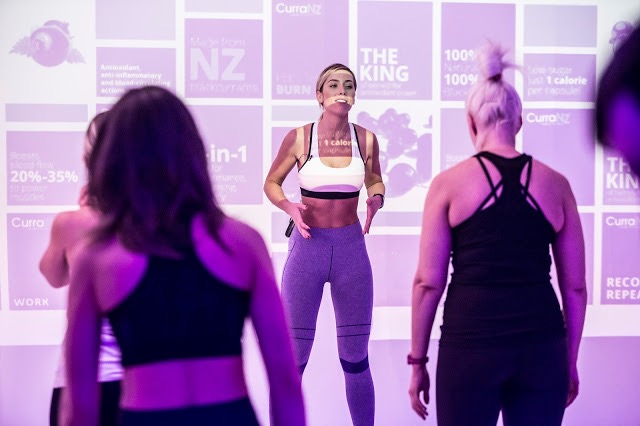 Lilly Sabri taking us through a brutal 45 minute session 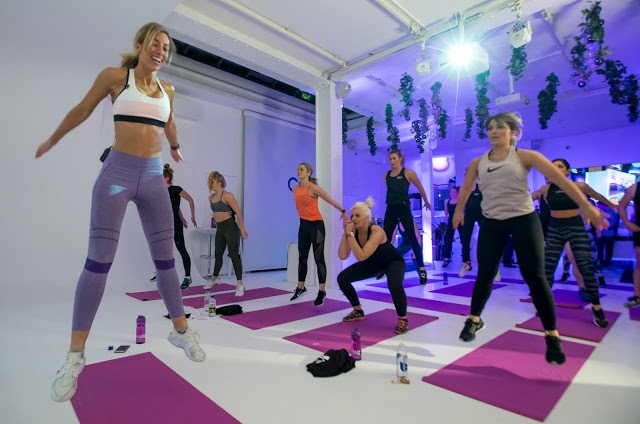 Apparently the blackcurrant extract can help reduce DOMs… I hope so! 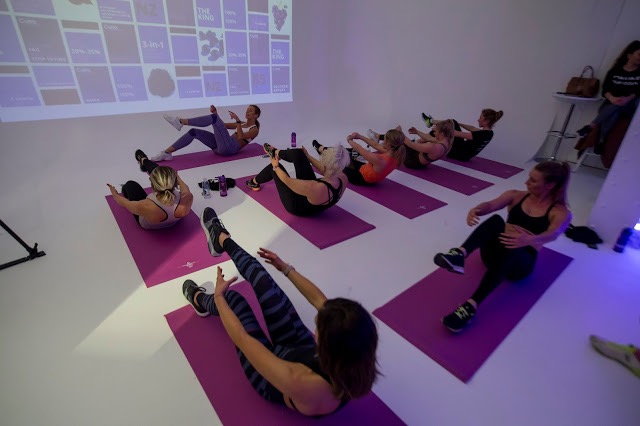 Working our core to the max!

With her physio background, sound understanding of form and human anatomy – alongside a figure to die for – this girl can do no wrong. Making sure we were able to FULLY test the powers of CurraNZ, she might have only had 45 minutes to work us, but man she worked us HARD – whilst ensuring we maintained perfect form throughout. Proving that you can push your body whilst maintaining the correct posture and alignment – you don’t have to choose between one or the other.

So, what were the results? In all honestly, the next day, despite the tough workout, I didn’t feel sore. I had that feeling I had been worked, but not to the extent that I was waddling around, struggling to climb up the stairs (as can sometimes be the case!). Now, I’m realistic and rather critical (sometimes overly so), so I’m not going to go all out and say this 100% absolutely HAS to be down to the tablets. That said, it certainly is a strong coincidence and, now that I’ve got a months supply to really test the long term advantage, keep a look out for a post update where I’ll confirm if I really felt the benefits! 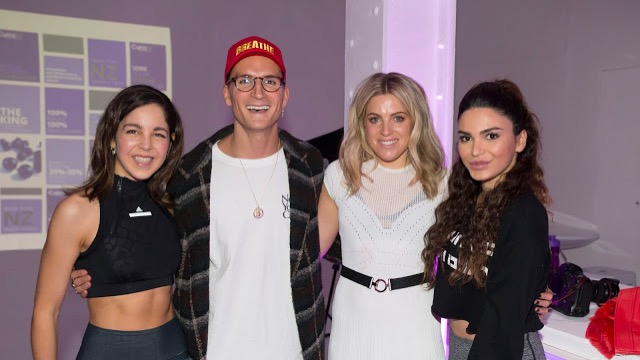 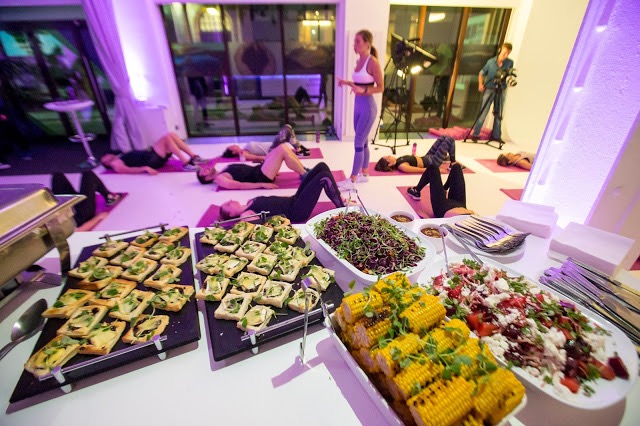 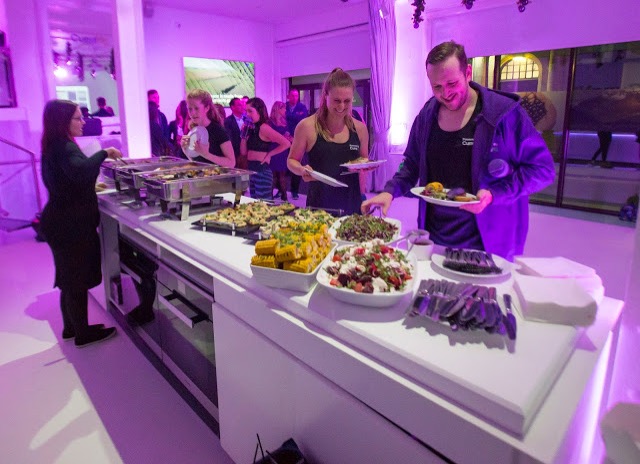 CurraNZ apparently burns fat – hope so after all we ate!

Who’s it for: Anyone from fitness professionals, athletes, or simply your avid gym goer who wants to benefit from improved muscle recovery
How much: £29 for 30 capsules (less than £1 a day!)
Where to buy: Available on Amazon
More information: curranz.co.nz

Hannah Fuller works for Adidas and is always found at the latest London fitness venue. She’s a train hard, eat hard, kinda gal, with a big love for activewear. Follow her on Instagram here.