Hands up if you know someone who only drinks nut milks because cow’s milk gives them stomach ache? Hands up if YOU feel bloated when you drink cow’s milk? You’re not alone – the number of people claiming to be dairy intolerant is increasing. And it’s quite likely that cow’s milk is causing bloating and an uncomfortable stomach – yet not in the way you think; turns out it could be more to do with the dominant protein in your drink, rather than a straightforward intolerance. And The A2 Milk Company believe they have a milk which will help keep tummies happier. 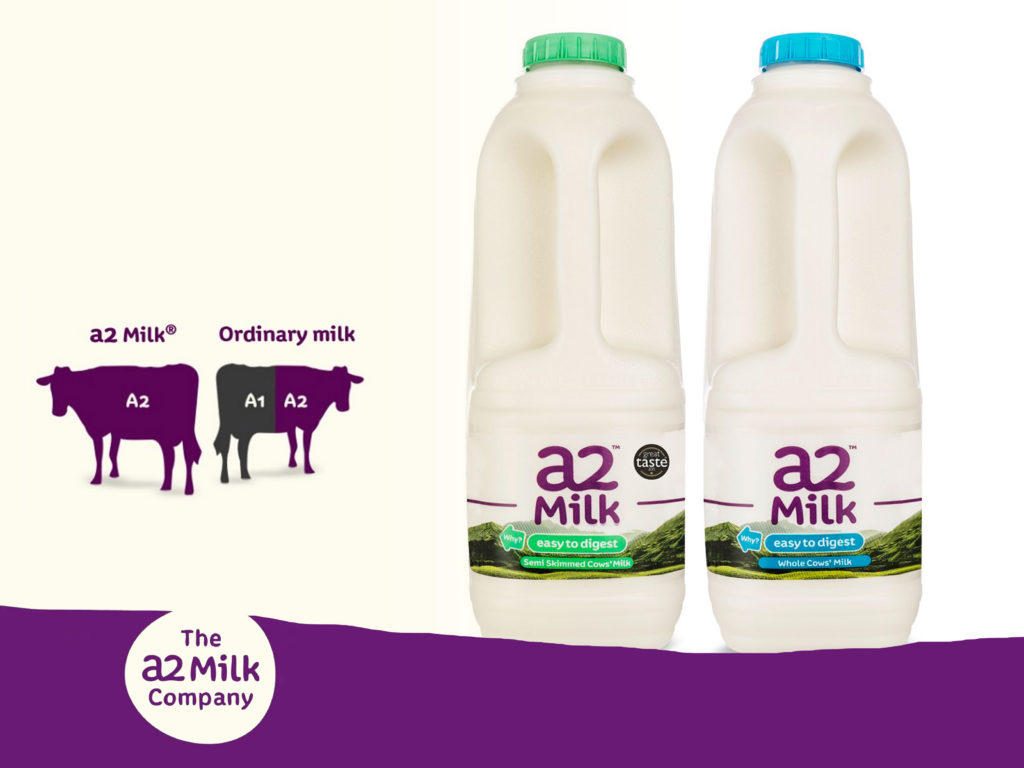 There are several different types of people who react negatively to cow’s milk:

If you’re lactose intolerant then this is likely to be a genetic predisposition which is also age-related. It can also be a temporary affliction which can affect both young and old, especially after gastroenteritis or similar stomach upset. However, if you’ve got problems digesting the A1 protein then it is likely the cow’s ‘fault’. Ok, so we joke – it is less the cow’s fault and more the fault of cow farming and breeding over the years. Did you know that many years ago, all cows originally produced the A2 protein only which is naturally easier on the stomach? Nowadays it’s thought that 70% of cows produce the A1 protein and that the generic milk you buy in supermarkets contains a mixture of milks which contain both the A1 and A2 proteins. So why does this matter? The type of milk proteins in your coffee can be the difference between hours of bloating and remaining discomfort-free. Which would you rather? By choosing milk from cows which produce A2 proteins rather than A1, your body is likely to find digesting it easier. It was discovered in 2000 by Dr Corran McLachlan that these two proteins are broken down differently by the body and that A1 proteins can be hard to digest for many.

The A2 Milk Company have since realized that many people’s milk issues could be alleviated with a simple switch to A2 milk. They consequently work with farmers identifying those cows (using a simple test on the cow’s hair) which produce A2 proteins and only use them in their milk production. Thus, producing milk which is entirely free of A1 proteins and thus saving stomachs from all kinds of upset.

Would you benefit from switching your normal milk to A2 milk?

There are several ways to work out if A2 would be kinder to your body but the easiest is to keep a food diary for two weeks. During your first week, make a note of the food you eat and how it makes you feel – especially record if you experience any bloating that appears linked to cow’s milk consumption. During the second week, swap your regular milk for A2 and continue with your food diary, this time keeping a close eye on the link between consumption of A2 milk and how it affects your body. If your stomach feels happier during the second week where you replace your normal cow’s milk with A2 milk, then that suggests you have an intolerance to A1 proteins.

So if you’re desperate to keep drinking milk but without any of the negative side affects such as cramps, constipation, bloating and more, then pick up a carton of A2 at your next shop and try keeping a food diary as outlined above. After all, there are many who claim that by switching their milk choice to A2, they’ve completely alleviated their symptoms. Read some of their stories here > 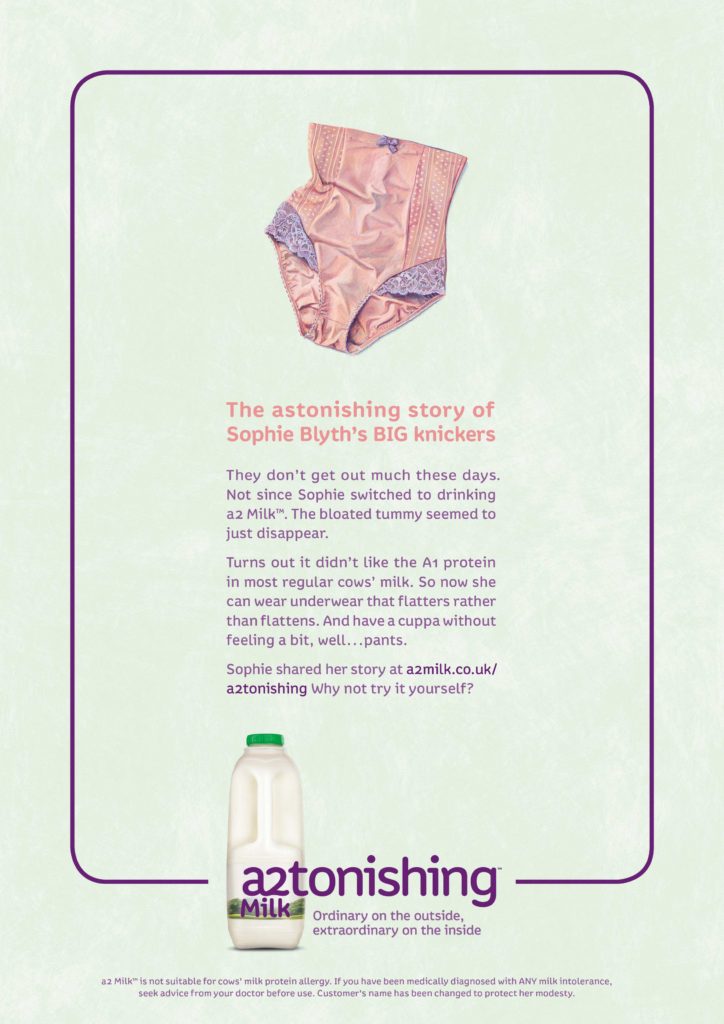 Who’s it for: Those who suffer from discomfort after drinking milk but enjoy the taste enough to want to keep drinking it. But without the negative effects!
How much: From £1.139 a litre for both semi-skimmed and whole milk varieties.
Where to buy: Take a look at their website for your nearest stockist or head online to Tesco, Ocado, Morrisons, Waitrose, Sainsbury’s and Amazon Fresh.
Website: www.a2milk.co.uk

Please note: If you have been diagnosed with lactose intolerance or any other milk allergy or intolerance, A2 may not be suitable for you. Please consult your doctor before consuming A2 milk.

This is a sponsored post which contains links from The A2 Milk Company. All opinions are our own.