Bone broth has been touted as the answer to all ailments recently, claiming to help reduce inflammation and joint pain, support the immune system, aid digestion and much more. Sure, you can buy it from health food stores and many butchers also but there’s something satisfying (and cheaper) when you make it yourself. But what’s the trick to getting a crystal clear broth? Mine always ends up cloudy with a layer of fat on the top… I asked Susie Morrison, a Leith’s-trained chef who spends her time exploring interesting food combinations and techniques, to share her advice on everything you need to know about making chicken broth. 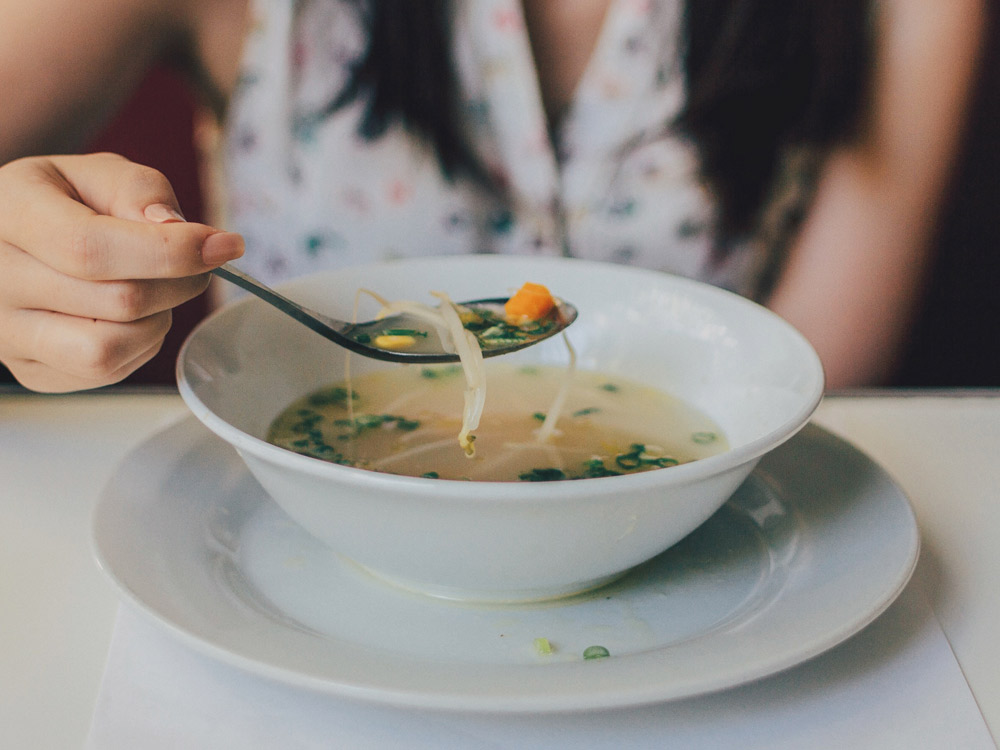 Whilst I’m ‘meat-light’ (we have it every 3-4 weeks), I’ve got a fantastic butchers near me, so if I’m ever going to buy meat for my toddler, it’s from there. They also sell chicken carcasses. I suffer from eczema and so have tried everything I can think of to help keep it at bay. And that includes making chicken broth. I’ve tried several times and each time it’s been fine, but not amazing; I’ve never managed to get it clear and I am pretty sure that I could achieve a richer flavour bone broth if I had the knowledge. I’ve tried it both with a whole chicken and just the bones and so it was time to up my game and get Susie’s expertise which I’m sharing with you.

I asked her a bunch of questions about how to make chicken stock – some of them may sound silly but don’t judge me..! :

I’ve heard roasting the bones before you make stock makes it taste better – why?

Browning the bones makes them undergo ‘The Maillard Reaction’. Essentially heat gives the proteins and sugars enough energy to separate into their constituent molecules and reform in countless new ways. This gives rise to new flavour molecules and subsequently more complex flavours and aromas in your finished stock.

How do you make a really rich chicken broth?

Make sure you take time to really brown your bones and caramelise your root vegetables without burning them (this will make the stock bitter) Keeping the skins on your onions adds a great depth to stock. Never peel your veg, skin carries so much flavour – a good scrub to rid it of dirt is enough.

Can you literally add any vegetables into chicken broth? I’ve got some old potatoes and carrots lying around that I’d like to use up…

No! Remember all vegetables will impart flavour to your stock. Vegetables strong in flavour like fennel will be great if the final product you are making pairs with that flavour. For a universal stock stick to things like carrots, celery, onion and a few button mushrooms (not too many) and add a small Bouquet Garni of parsley stalks, thyme and bay leaf along with a couple of peppercorns.

Never add vegetables that will break down and make your stock cloudy like potatoes and tomatoes, save them to add to your final soup. Your stock needs to be crystal clear

What’s the most basic ingredients you need to make a chicken stock?

Chicken bones. That’s it. Anything else is for flavour.

Is it better to make a chicken stock using the whole chicken?

No! The protein and fat in the flesh and skin will break down and make the stock greasy and cloudy. For this reason take time to clean the bones of all meat and fat as best you can.

EF: This is where I’ve been going wrong! I always thought that the more you have, the better it’ll be.

How long should you cook chicken broth for and why?

For a brown chicken stock with a rich flavour, it should be simmered for 2-3 hours.

For a white chicken stock (no browning of bones/veg) which is more delicate in flavour, 1-2 hours

Why do you skim off the bits?

The bits or foamy ‘scum’ are essentially coagulated amino acids and impurities formed from the break down of proteins. These can taint the clean flavour and clarity of the broth and are best removed. To do this, add some very cold water which will encourage them to clump on the surface. Then, use a shallow spoon to remove them without losing too much stock. Always add enough water to return the stock to its original volume. Its best to do this every 20 minutes. LOVE YOUR STOCK.

How much chicken do you need to make broth?

For around 3-4 litres I’d use about 5 chicken carcasses. Most butchers will sell them to you for 50p or give them free. You can also collect them up after roast dinners and freeze them until needed.

Where can I get a bigger saucepan from? Is it better to have a thin or thick bottomed pan?

Rather than a saucepan, invest in a stockpot, its great for cooking large quantities and is tall and narrow rather than short and wide so less evaporation occurs. A thick base is good as once its heated it retains the heat well so it doesn’t fluctuate too much.

How long can I keep chicken broth for?

About 4 days in the fridge in an airtight container, such as a Kilner Jar, and for 3 months in the freezer. If you freeze it in ice cube trays, you can take out small portions at a time.

If I’m boiling it, so much water evaporates – can I add some extra water?

NEVER BOIL YOUR STOCK! This will break down all the veg and proteins making it cloudy and bitter. Simmer slowly, just a bubble to the surface every second or so.

Why do you need to add cold water, rather than freshly boiled water?

So the temperature rises gently for the above reasons. 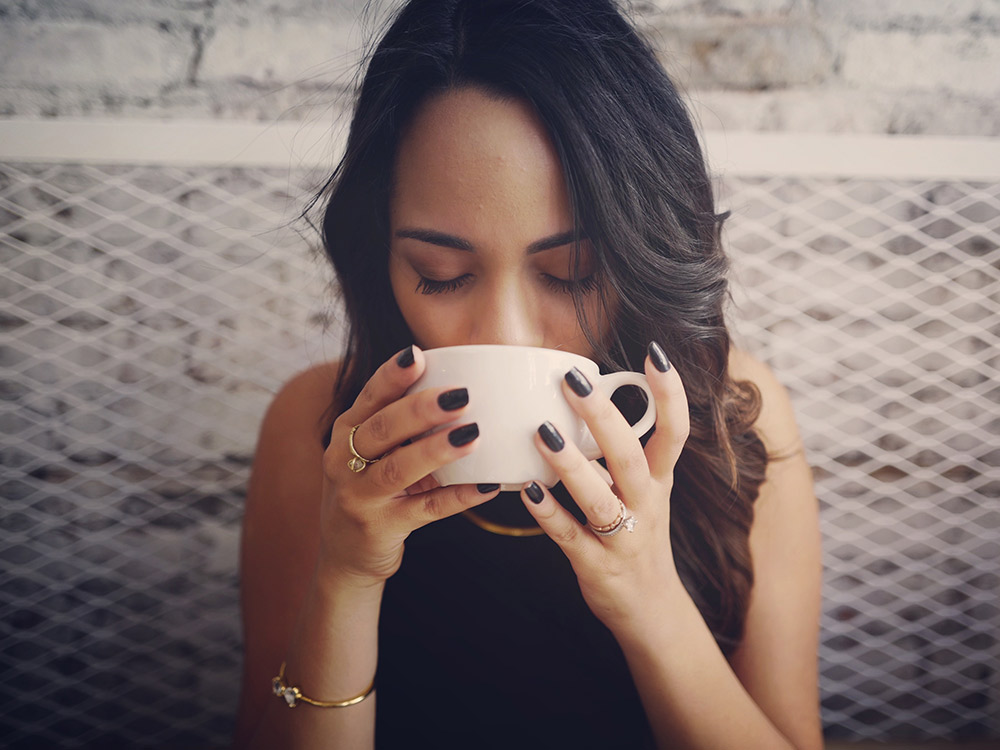 So you’ve got the equipment, made your broth, now what do you do with it?

There’s so many things you can do with broth. Drink it straight up in the morning as a warming and healthy alternative to tea, add in freshly sliced veg shredded chicken and noodles for a filling meal, use it as a base for curries or stews, or add in slivers of carrot and courgette for a light soup. You can also add in extra depth of flavour by adding miso paste.

If you’ve got any further questions about making chicken bone broth, just leave them in the comments and Susie will get back to you. Make your own? Let us know how it went!