There is something about veganism that is not easy, but the difficulty is not inherent in veganism, but in our culture. – Will Tuttle

Everyone is entitled to their own opinions and choices. Vegans are as entitled to preach about veganism as onlookers are to roll their eyes and divert their attention. Whatever your opinion on veganism, it’s no secret that the movement is becoming bigger and the reasons are becoming (in my view) clearer.

Vegan – a person who does not eat or use animal products

Veganuary is an annual embracing of veganism – particularly trying a fully plant-based diet with no animal produce. It ‘aims to reduce the suffering of animals by inspiring and supporting people across the globe to go vegan for the month of January.”

Whilst celebrities who have jumped on the bandwagon may have made veganism seem like some kind of fad or trend, here are some reasons why you might want to consider trying Veganuary:

For some vegan recipes, take a look at our ideas here

For more health and environmental reasons check out:

A tricky subject to approach, as nobody likes being told that their personal lifestyle choices are “wrong”, but do bear in mind that this is a big factor in people’s decisions to lead a vegan lifestyle (including not wearing anything that comes from an animal or using products that have been tested on animals). I’m uncomfortable preaching to people, but I have found quotes that I feel represent a good argument for veganism.

“Being vegan is easy. Are there social pressures that encourage you to continue to eat, wear and use animal products? Of course there are. But in a patriarchal, racist, homophobic and ableist society, there are social pressures to participate and engage in sexism, racism, homophobia and ableism. At some point you have to decide who you are and what matters morally to you. And once you decide that you regard victimising vulnerable nonhumans is not morally acceptable, it is easy to stay vegan.

Veganism is not about giving anything up or losing anything; it is about gaining the peace within yourself that comes from embracing nonviolence and refusing to participate in the exploitation of the vulnerable.

We do not need to eat animals, wear animals, or use animals for entertainment purposes and our only defense of these uses is our pleasure, amusement and convenience.” ~ Gary L. Francione 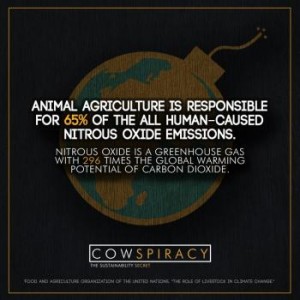 Still need convincing? Here are some documentaries that might provoke you to at least think about it:

Why am I doing Veganuary?

I first tried doing Veganuary 2 years ago, with a cynical mind. Whilst I’d been vegetarian most of my life, in my mid-20s I started heavily eating meat at the misguided pretence that it would be the best way to restore my energy levels and lose weight. I thought that my beliefs were interfering with my desire to lose weight and promptly pushed any guilt to the back of mind, convincing myself that weight-loss was a more worthy cause. Subconsciously, eating meat made me really unhappy and I didn’t really feel like I was being myself. I love animals and I try my best to be a health advocate, so my diet was really letting me down.

Whilst I struggled to commit to being vegan, I happily stopped eating meat and I haven’t looked back since. I’ve managed to maintain my weight because: surprise surprise, eating more plants doesn’t mean you’ll gain weight! (But eating a diet that consists mainly of chips and pasta does..!) 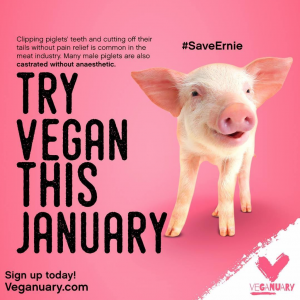 As someone who’s always suffered from skin problems, cutting out dairy should be beneficial to me as it’s a trigger to my acne. I’m also keen to up my energy levels and I really believe that plants will provide me with power and energy, much more than a fillet steak ever could.

Not only will I be partaking in Veganuary, I have decided that I’d like to embrace a plant-based diet in the long-term. Whilst I know it will be a difficult feat in social situations, I’m adamant that this year I will not make excuses and keep putting it off for the sake of convenience. I’m really excited about this change and will keep you updated with how I’m feeling about it in a few months.

Good luck to everyone taking part in Veganuary! Do tag us @healthlivinglondon with your updates on Instagram as we’d love to see how you get on!

For information on Veganuary go here. They have a great supportive community for those trying it for the first time, as well as recipe packs and further information on living a vegan lifestyle.

Veganism is not a “sacrifice.” It is a joy. – Gary L. Francione