As you may be aware, January is the month of Veganuary which is a campaign aiming to increase the awareness of the suffering of animals and to inspire people across the globe to go vegan for the month. I know a few people that do participate in Veganuary, personally I am not as I just feel right now I have too much on my plate to make such a life change but it has made me think about the food I eat and where it comes from. For many reasons I try to cut back on my dairy intake and certainly consciously have meat-free meals regularly now. Little steps maybe, but it is a change. Recently I have been investigating the world of vegan products and admittedly I had imagined it was going to be a bland and tofu-dominated world. However, I have been proved very wrong and discovered some really fab products that totally make the idea of becoming vegan a lot less intimidating! 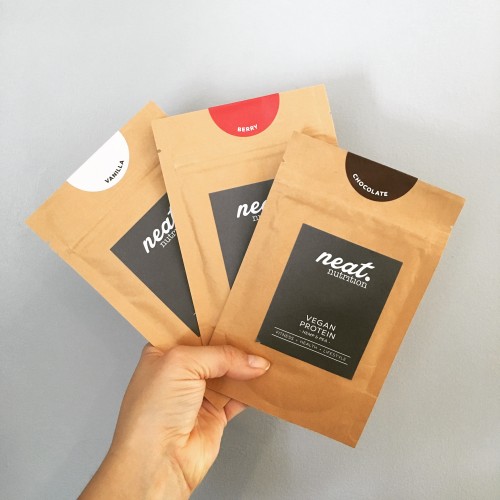 I recently tried these and was an immediate convert! They are made up of a mixture of hemp and pea protein, they are organic and also gluten/soya/lactose/GMO and hormone free. The flavours used are also all natural. Most importantly though – they taste awesome – honestly – if you use protein powders you should try them. 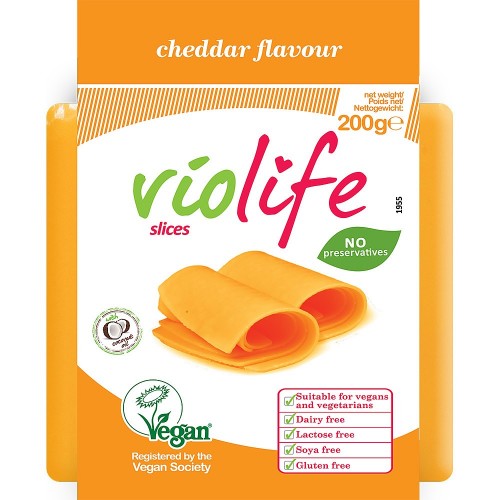 Ok I’m not saying this is totally good for you but what would I miss if I was vegan? Cheese! (and chocolate – but see number 5 for that!) I try not to eat much cheese in general – but whenever I’m in Planet Organic – I always pick up a few packs of violife so when I have the craving I just munch a little bit of this… it actually tastes cheesy and by far the nicest vegan cheese I’ve tried…. and believe me not all vegan cheeses were created equal! It is dairy, lactose, soya and gluten free. 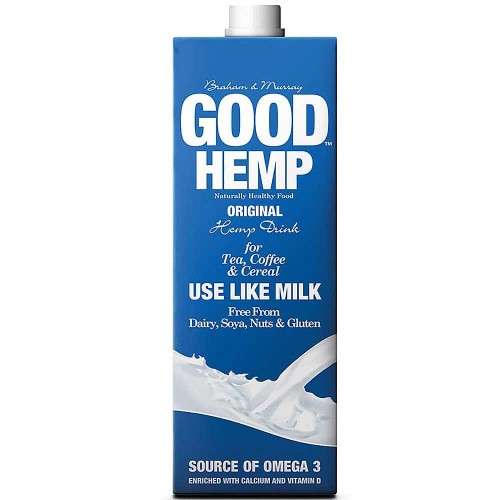 I’ve started using Hemp milk quite frequently in my morning smoothies. It seems to work well with whatever I am making and doesn’t disrupt the flavour. Hemp milk is a good source of Omega 3 and is also free from dairy, soya, nuts and gluten. 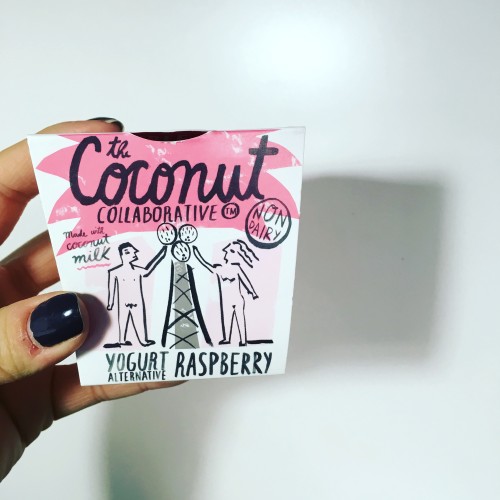 I have a bit of a sweet tooth (ok understatement of the century) but when I fancy a yoghurt I really like these rasberry yoghurts from Coconut Collaborative. They are vegan, soya/dairy/gluten free and I love the raspberry compote in this one but they have lots of other flavours to check out according to your own personal taste. 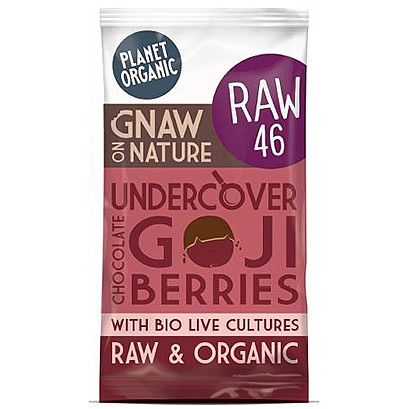 I love raw chocolate but as with regular chocolates there are good ones and not-so-good ones… I really like Planet Organics Raw 46 own range of products and these little raw chocolate covered goji berries are vegan and absolutely delicious. I love having them occasionally as a little afternoon snack, helps me to avoid the dreaded office snack drawer filled with crisps and KitKats! The raw chocolate on these actually taste really nice and if you didn’t know you probably wouldn’t even guess it isn’t regular chocolate. They are also organic and free from dairy, wheat and gluten. And yummy. Did I mention that?