It’s already Veganuary – week four and we’re on the home straight! I can almost taste the Toblerone that I have taunting me in my cupboard! Although I am going to have a piece of this on February 1st, one of the many lessons that I have learned from participating in Veganuary is moderation, so I won’t eat the whole bar – at least not in one sitting! I feel healthy and energetic and I am going to carry through so many healthy changes that I have made and make them part of my life. 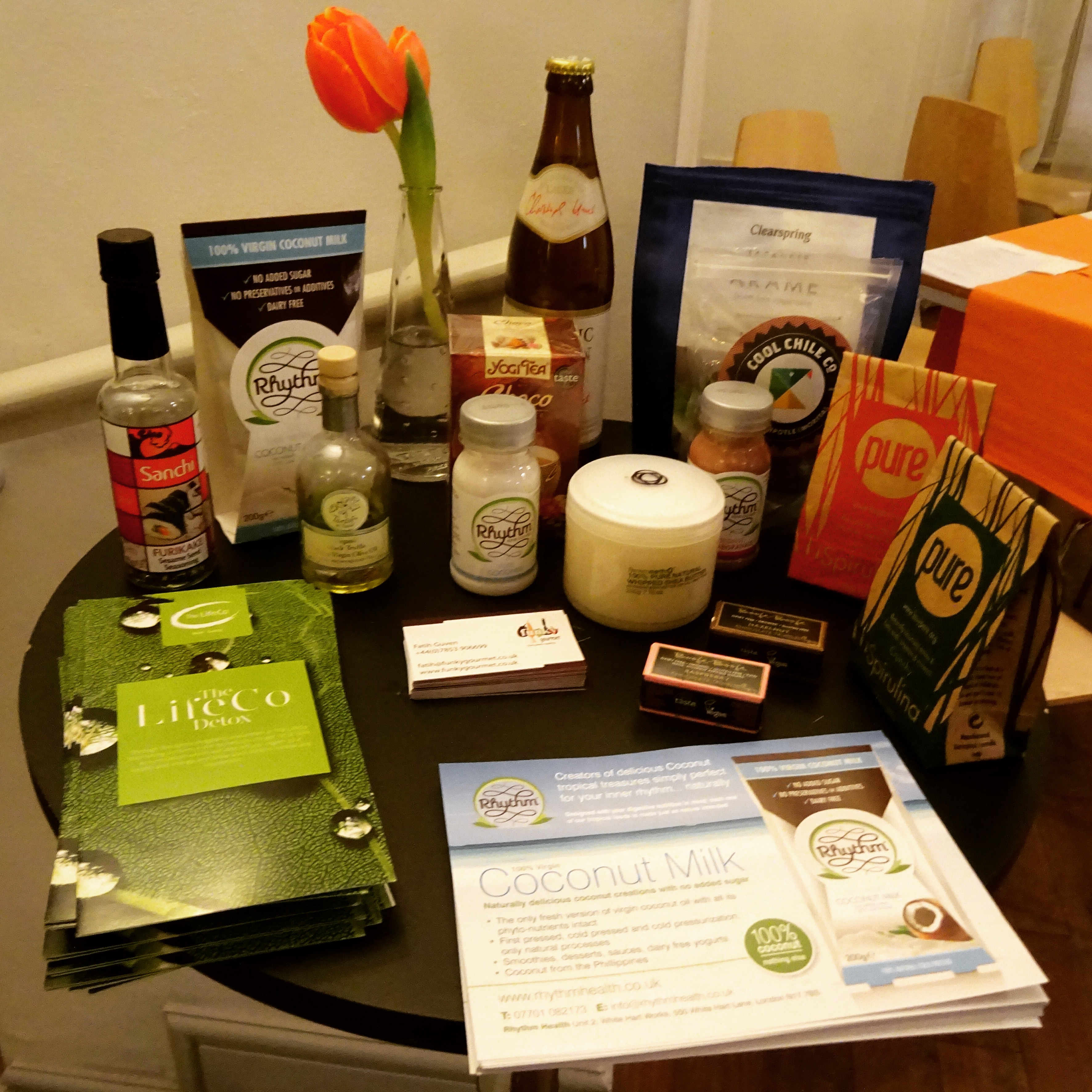 I am not planning on becoming a permanent vegan, but I am going to have vegan days, maybe even the occasional vegan week. In all honesty, I don’t miss meat, but I do miss milk chocolate and cheese. Veganuary has introduced me to so many more recipe ideas and even allowed me to discover different ingredients that I plan to carry on eating; quinoa for one. I have struggled with menus and found the constant need to check the ingredients both frustrating, but also enlightening. Cooking with fresh produce allows me to be aware of what is really being added to my meals, as I am cooking them!

Day 22 – Today, I made Veganuary’s sweet potato quesadillas, but I added my own twist. Instead of white beans, I used black beans. I also added garlic and onions as I think I have an addiction! The quesadillas were so delicious and I would recommend these to anyone! Sweet potatoes are packed with vitamins and anti-oxidants. This low-gi potato is naturally sweet and contains magnesium, an anti-stress mineral! Excellent for me as I currently have workmen shrouding my home in dust clouds!

Day 23 – Merrell UK invited me to an Urban Hiking adventure in London today that was both healthy and fun – it didn’t rain! A small group of enthusiastic health and fitness bloggers walked together from Waterloo to Hampstead Heath – from the lowest point to the highest point in London. (The Shard doesn’t count!) It was a beautiful winter’s day and even the sun peeped her head out from behind the light fluffy clouds that were scattered in the blue, air-plane streaked sky. We walked by many of London’s popular sites, including Buckingham Palace, Oxford Circus and Primrose Hill, until we reached the top of Hampstead Heath’s, Parliament Hill. I wore my new favourite accessory, the Merrell Grassbow Mid Sport GTX. These hiking boots are so comfortable, flexible and I love the colour! I definitely recommend these to any hiking enthusiast.

Having worked up an appetite hiking, we went to Le Pain Quotidien for lunch. I was pleasantly surprised at just how vegan friendly their menu is. Several restaurants have looked quizzically at me when I have innocently asked what their vegan options are, but Le Pain actually has helpful logos next to their several vegan choices – thank you! I chose a delicious avocado tartine adorned with healthy seeds, so yummy.

Day 24 – I made another porridge today, but I have to admit, I am not a fan. As delicious as it is, with the added blueberries and maple syrup, I still find it too stodgy. It reminds me of food that I was forced to eat at school, or else I would sit at the naughty table until I had! Instead, I have become rather partial to toast with Roots and Bulbs Peanut Butter, made with 100% peanuts. Peanuts are a good source of protein for vegans, as well as containing nutrients and vitamins too. (Add a little jam for an American PB&J.) After my delicious breakfast, I went to Peardrop’s ‘FareHealthy’ at Paradise, Kensal Green. Having purchased my ticket at the start of December, the nearly two months of build-up was a giant letdown. Apologies for all those that loved it, as there were some good tips and useful advice being offered, however, I found it anything but healthy for my state of mind. The setting, as beautiful as it was, did not quite live up to its name. Paradise was rammed packed with too many people that the whole experience was so stressful. The talks, which were massively over prescribed, were bursting at the doors. I had booked my place and paid for a seat, but what I got was a doorframe (around a corner from the speaker) and the back of someone else’s head. Even worse was that some of the talks had had their time-slots changed the night before, so I completely missed the first half of a talk I had been looking forward to hearing. Though I’m not sure this mattered much, being where I managed to squeeze in because what I could hear of the second half was a muffled dialogue. There did not seem to be anyone checking tickets for the talks, so I believe that people were just wandering in and sitting down. Not well organized Peardrop; a shame for all those that had paid money to attend and to the presenters and stall hosts. 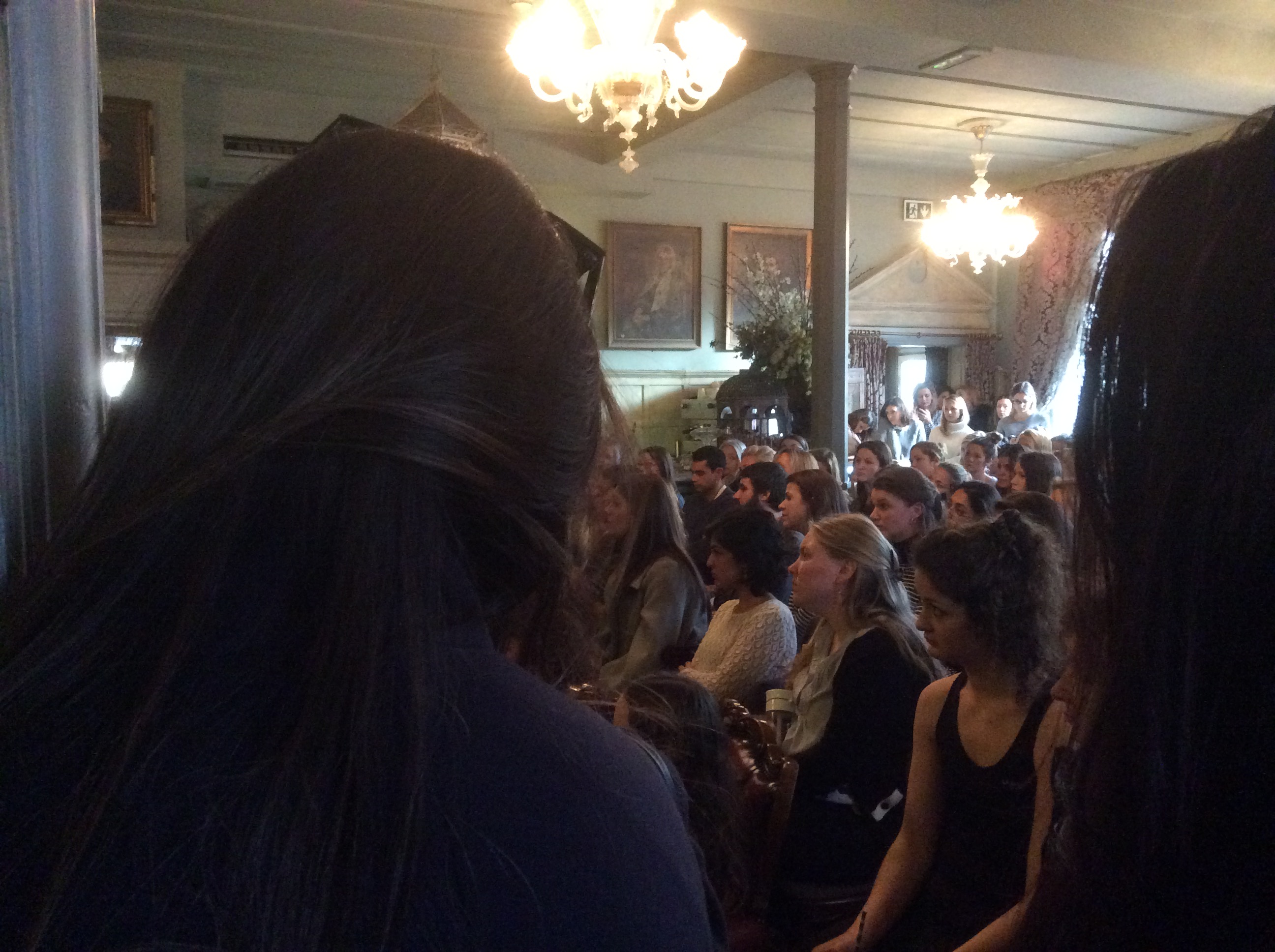 My view of the crowd at Peardrop’s FareHealthy in London 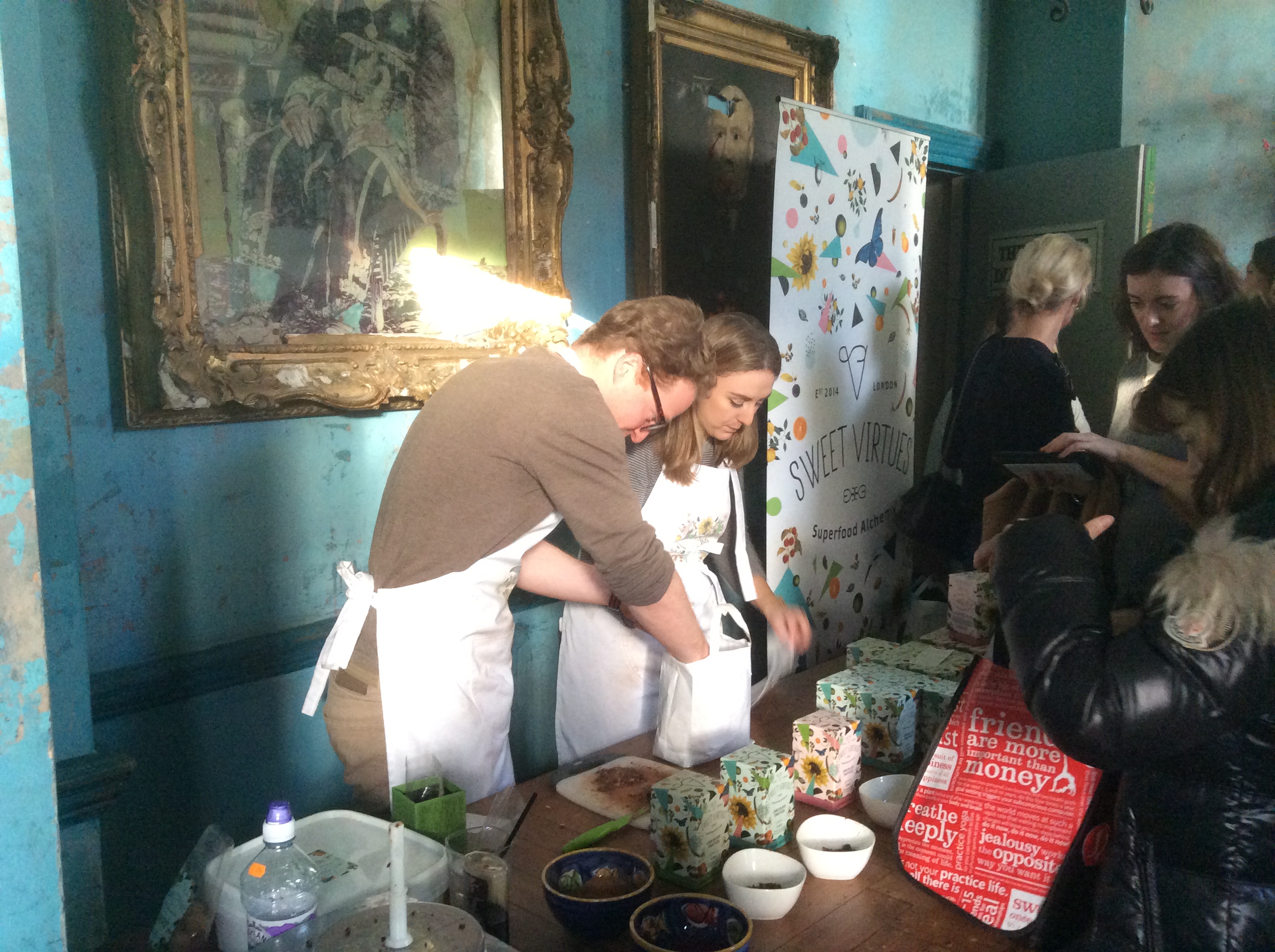 One of the delicious stalls, though it was a battle to reach it!

Day 25 – Today, I was lucky enough to have been invited to Funky Gourmet’s, ‘Raw Food Journey – An Indulgent Popup’. This delectable dinner was a treat for me. Though I have expanded my taste buds and cooked more, this dinner proved to be a plethora of colour and tastes to surprise and delight any vegan. Read more about my experience here…

Day 26 – Oh what a day! I have had plasterers, painters, electricians, roofers and even floorers in my home today. The revamp has begun! With all this going on, I kept things very simple and had a vegan burger. I didn’t realise how needy builders could be!

Day 27 – My second box of ‘Hello Fresh’ arrived and I was so excited to discover that sweet potato was on the recipe card! The recipe was easy to follow and it was so delicious. It was even more delicious the next day for lunch, as I had made extra! The slow releasing natural sugars allow for a consistent flow of energy, rather than a spike and fall that so many other options give. This was perfect for me today as I was fortunate enough to have been invited to a Voga class, with the added benefit of Love Beets juice being served as refreshment! Voga’s Juliet Murrell led us through the yoga class in which attitude and strong poses are integral, that even Madonna during her ‘Vogue’ days, would be proud. The class was invigorating and fun, but made even more enjoyable with the gift of a Love Beets juice to quench our thirst after class. “Beets can increase exercise performance and stamina by allowing muscles to perform the same amount of work with less oxygen.” Love Beets website.

Day 28 – Though my house may be dusty and filled with workmen, I was still determined to carry on cooking! I managed to climb over the stacks of furniture piled high in my kitchen like a maze and make my way across to the oven, Catherine Zeta Jones style, circa ‘Entrapment’ years! I made the last of my ‘Hello Fresh’ recipes for this week; bulgar wheat and roasted butternut squash, but without the halloumi – that was for Ed’s tummy only! It’s so useful having a box of the ingredients you need to make the recipe that is provided, especially when you are living in a building site! You don’t have to think about anything and you don’t have to battle the shopping aisles! It’s made even better when you receive ingredients you love! Butternut squash is great, even if bulgar wheat can taste a little dull! 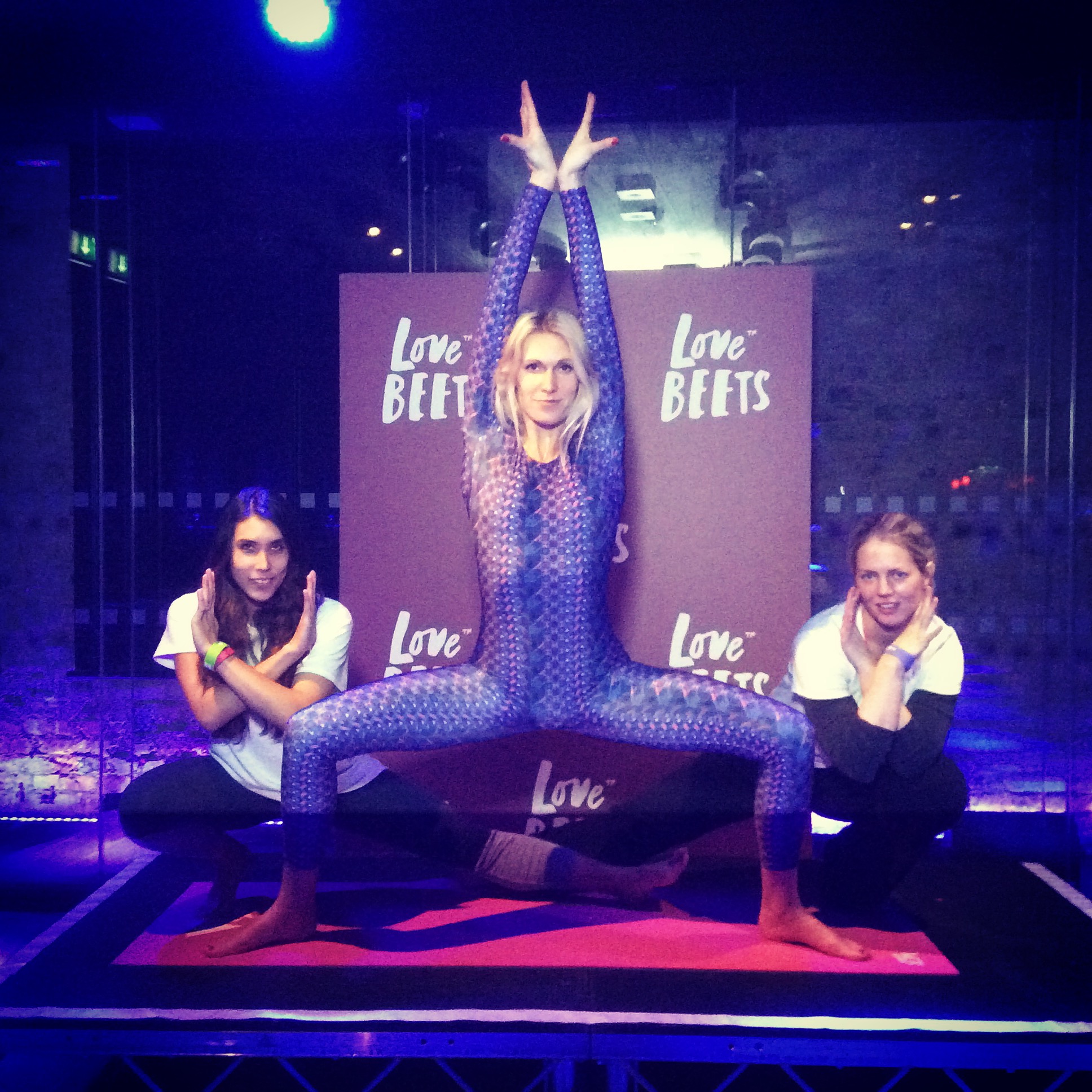 So, I am doing well! Veganuary – week four, has certainly been action packed! I have embraced the vegan diet and I am living an active and healthy lifestyle, all the while meeting new and interesting people. I can’t promise to stay vegan in February, but I can promise that I will lead a healthier and more informed life.

*Health Advice:  Consult with your doctor before beginning any new food and exercise program.