Until recently, if someone had mentioned the word Vegan, I would think of a boring, tasteless diet. However, a few months ago, I was invited to a vegan dinner at a friend’s house. I was surprised at how delicious the food was, despite how green it was! Casually chatting to a friend about being a vegan, he informed me of the Veganuary movement; for the month of January, you eat only vegan food. With over 11,000 people officially taking part this year, I decided to sign-up and join-in and become part of a healthy and educational challenge that also happens to be good for the environment. 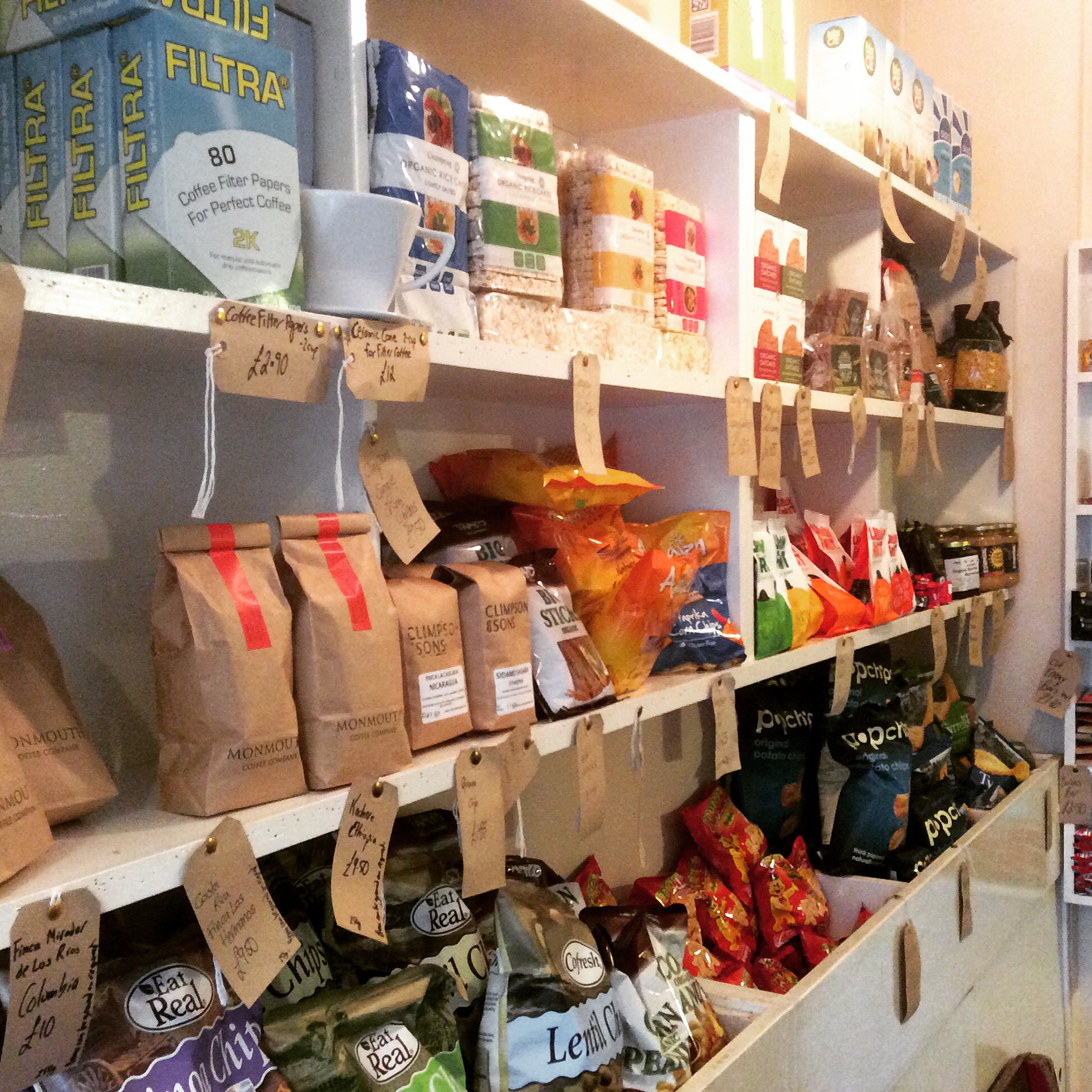 Why am I doing it?

I am following a strict vegan diet for the month of January, including eliminating food items such as honey, which would never have occurred had Eliza not pointed this out! However, I have not ditched my leather shoes or closely examined my make-up or bath products. Baby-steps. A full vegan lifestyle can be my next challenge… 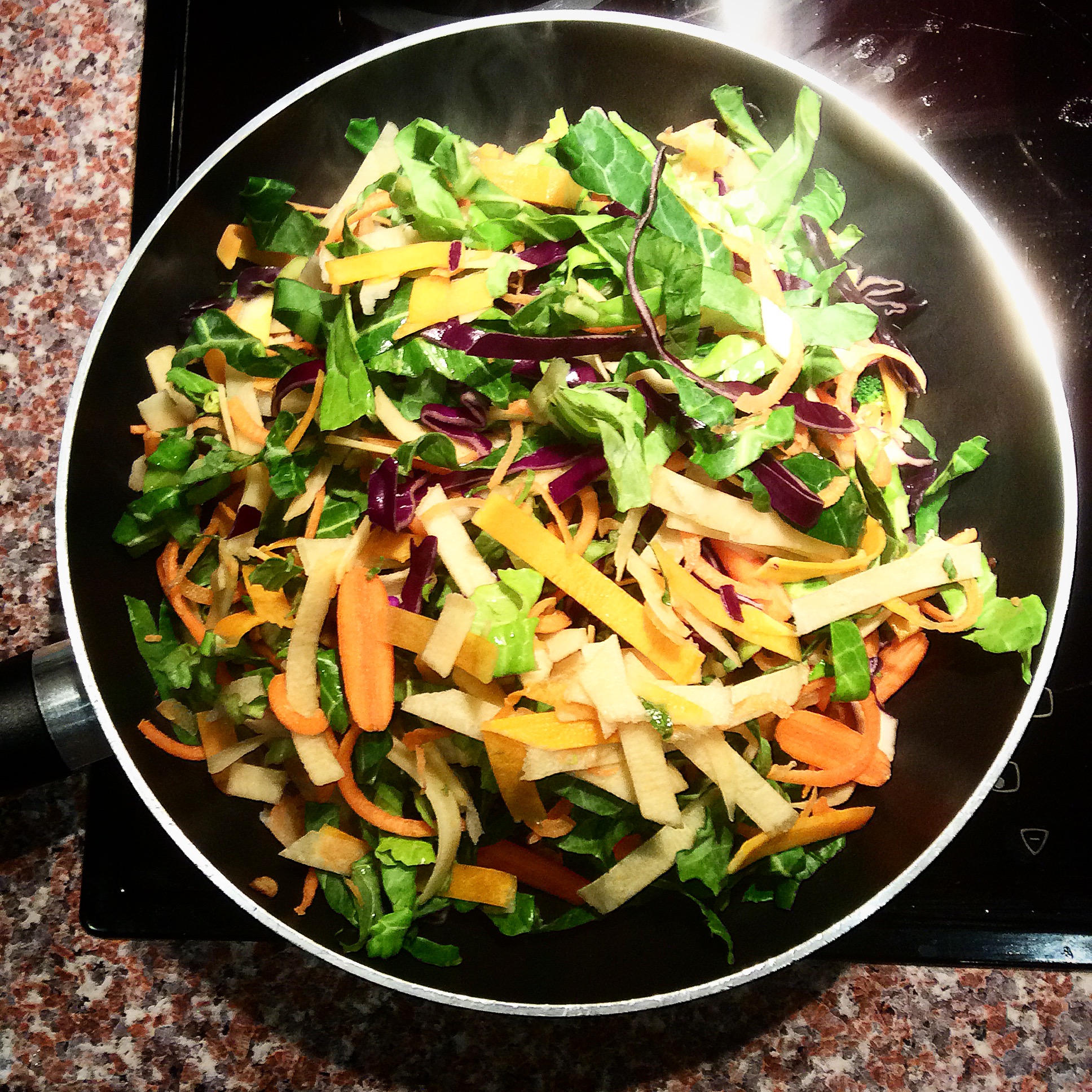 Day 1 – I was still unsure of whether I was going to participate, but I dove in the deep end, totally unprepared! I was so happy to learn that the bread at my mother’s house was Vegan! Most bread is, but some does contain egg/butter, so toast, for breakfast, it was! Having decided to do this, but ill-prepared, I went to Sainsbury’s for some inspiration. Having paced the aisles for what felt like hours, I learned that Sainsbury’s was pretty useless for spotting vegan food, except for the obvious choices of fruit and salad! Their Freefrom range is good, but most items contain only the V symbol, indicating vegetarian and not vegan ingredients. Making life easier for myself on my first day, I decided to make Jamie Oliver’s Vegan Mac ‘n’ Cheese recipe, as it looked simple to make. Sainsbury’s did not carry vegan cheese and their staff were unsure of what vegan meant, so it was a tricky start. This, plus my lack of preparation, didn’t help, but with frustration aside, I made my first, albeit a rather plain and simple, recipe. (Nothing a little hot sauce didn’t fix!)

Feeling frustrated and learning that preparation is key!

Day 2 – Fruit and toast filled me up for a lovely walk in the country, before heading down to Brighton for the day. We decided to have lunch at a Thai restaurant, but my usual, a Thai Green Curry, was a no because it was prepared and cooked with fish sauce.  NO! The waiter was a very friendly man that didn’t quite understand what vegan meant, so he handed me the print-out of the ingredients for their menu, as I think he feared I may have an allergy! Only two items on their menu were appropriate; the vegetable tempura and the vegetable stir-fry. All the other supposedly vegetarian dishes contained either fish sauce or shrimp. The food I received was delicious, healthy and filling, but it was interesting to learn that even food described as vegetarian, may not suit those vegetarians that do not eat fish.

Day 3 – On returning to London, I was invited to a post Christmas drinks’ party. Given that I have decided to participate in dry January too, so that I may fully invest my energy and time into improving my health, I decided to tell people I was driving. Everyone became quite boozed; the music got louder and the dancing became contagious. Being the only sober one, I didn’t want to come across as boring, so I joined in, but felt rather self-conscious. My energy levels weren’t as high as I hadn’t eaten dinner and because I couldn’t snack on the cheese board or the pizza slices, but I did appreciate and eat up their stock of carrot sticks. It was a struggle to avoid their Hors d’oeuvres as, admittedly, I love party-food, but I persevered!

Again, preparation does seem to be key, especially when trying to curb the crave!

Day 4 – Today, the HLL team went to the Roller Derby training day. In preparation, I had a healthy and filling pasta for lunch. This kept my energy levels up for the intense, but awesome, roller-derby training. After the class, I was pleasantly surprised, when I returned home, as Ed had bought and prepared a Vegan burger for me! A fun day with lots of energy for the roller derby training, as I had sensibly prepared myself!

Day 5 – Today, I went for a 10k run… whoa! I was definitely the Tortoise and not the Hare after a rather decadent Christmas, but I did it! With the post-workout adrenalin still pumping through my body, I decided to tackle the tiny aisles of the Whole Foods store in Islington, with the help of my lovely friend and guru, Eliza. She brought along her ‘essential’ shopping-list for Veganuary, so we could be prepared for several different recipes. As we scanned the aisles and snaked around the browsers, I was delighted to find so many accessible ingredients for Vegans. However, be warned, as I did leave with a receipt total which looked more like a telephone number than a small grocery shop!

Day 6 – Today, I treated myself to lunch at Bodega 50, in Islington, with a Vegan friend. Having a mostly vegan menu, I didn’t have to think about the ingredients, as this had been done for me. I had a sundried tomato and avocado sandwich, with a yummy vegan brownie for dessert. The brownie isn’t the healthiest, but it’s good to treat yourself occasionally, as deprivation can lead to a lack of motivation and eventual failure! The café had a small grocery shop too, which was excellent for stocking up on the essentials. I bought some almond milk and a pack of gelatine free cola bears, for when fruit becomes tiresome! Yummy. The company, support and advice of a vegan friend was invaluable.

Bodega 50 is a friendly café that I would definitely go back to, especially as their lovable dog, Bruce, snuggles up to you and keeps you warm with cuddles.

Day 7 – I was pleasantly surprised today when, struggling to find something on the menu at the Selfridges food court, the stir-fry chef offered to make me a vegan dish. I know, another meal out, naughty, but I was visiting with my aunt. Any excuse really, as I’m a terrible cook. Needless to say, the food was delicious and the added rice allowed the meal to be filling. Lots of vegetables and a reduced salt soy sauce made this a pretty healthy meal. 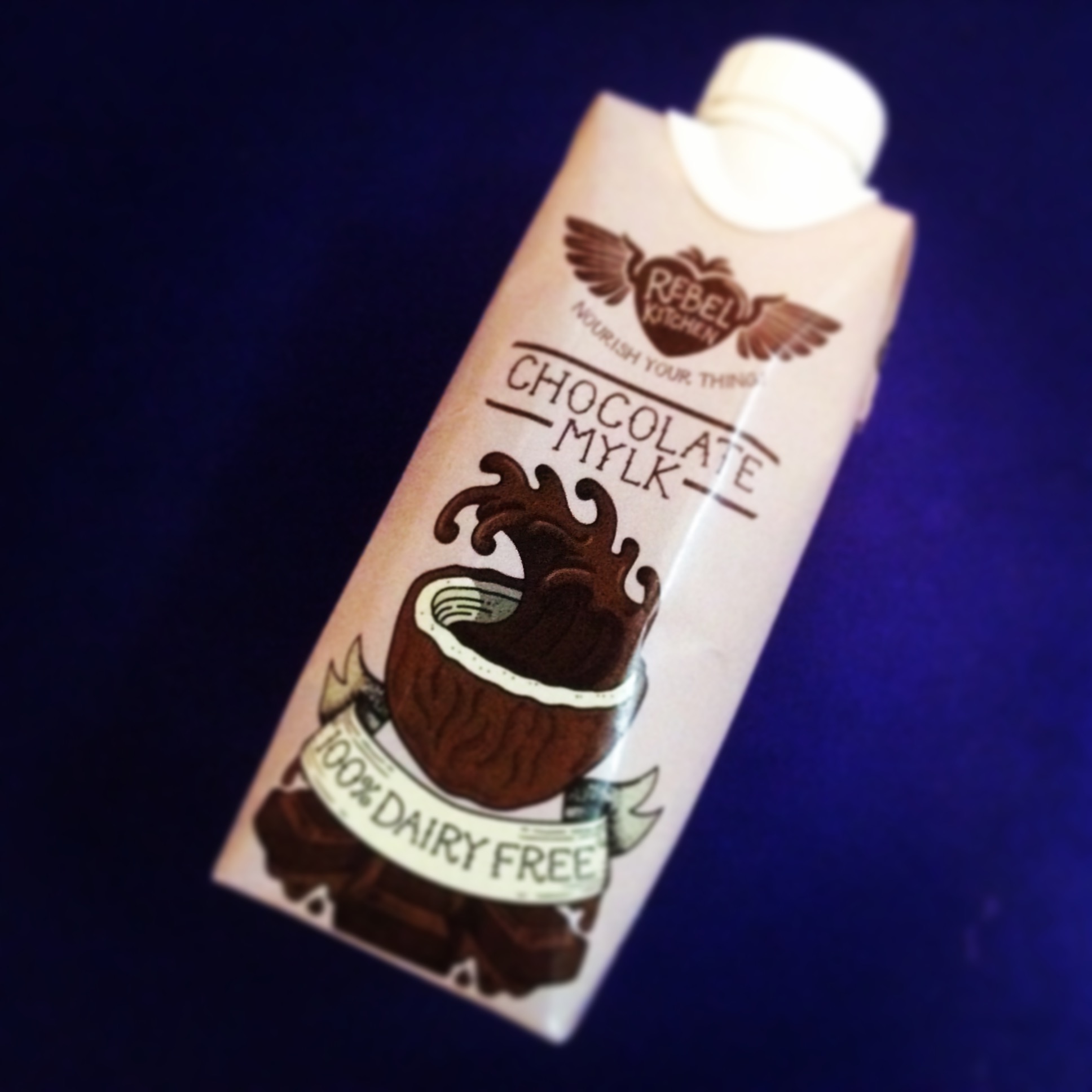 My Thoughts So Far…

What I’ve Learned So Far: Preparation is key.
How Do I feel: Disappointed I haven’t cooked more. I feel healthier as I am eating more fruit and vegetables.
Favourite Meal:  Vegetable stir-fry.
Favourite Snack: Rebel Kitchen’s Chocolate Mylk
Hardest Challenge: Avoiding the left-over Christmas chocolates.
What I Miss Most: Cheese and chocolate. I’m not missing meat!
Aim For Next Week: To cook more, from scratch.
Advice For Others: Get a food delivery order– much easier to search ‘Vegan’ online, rather than getting confused and angry at the endless aisles in the supermarket. Do double check the ingredients’ list if you’re not sure, as some ingredients are only vegetarian and contain milk/egg.

*Health Advice: Consult with your doctor before beginning any new food and exercise program.