Self confessed hypochondriac Kip Andersen, (who co-directed Cowspiracy) narrates and co-directs a new documentary to awaken our paranoia once more. Produced by Joaquin Phoenix, “What The Health” is a US-based documentary that looks at the loathsome truth of the leading health organisation’s efforts to cover up the truth between diet and disease. 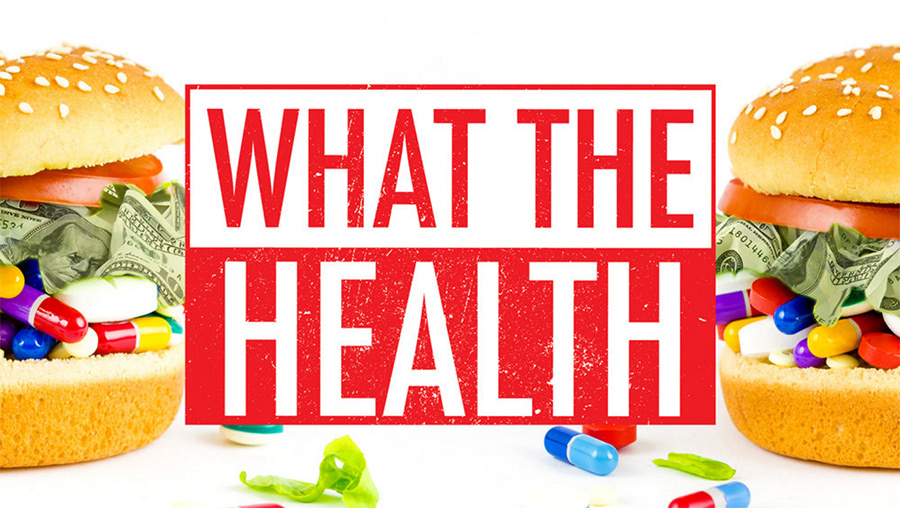 As someone who has recently made the change from omnivore to vegan after taking part in VeganuaryVeganuary, I felt a sense of a relief that I made the right decision when watching this documentary. However, I know a lot of my friends and family will be less interested in watching this with not much more than a “but we’re all going to die anyway” kind of attitude. But do they know to what extent they’re being lied to by the food industry?

Kip’s relentless digging was due to his family history of illnesses, including deaths from cancer and heart problems. Did you know that The World Health Organisation labels processed meat as a class one carcinogenic? Thanks to the Common Sense Consumption Act, us consumers should already be aware that eating this food could be detrimental to our health, hence why we don’t get the same graphic warning labels on our food as we do on cigarette cartons. So apparently we have no one to blame for our weight gain, diabetes, cancers and heart problems except for ourselves…

I expected to watch the documentary already nodding tiresomely at the information with a “I already know dairy and meat is bad for humans” reaction, but the information is thorough and revealed things that contradicted a lot of what I had been led to believe in. Kip talks to physicians, certified nutritionists and a public health lawyer to debunk myths that I cannot believe are seen as common knowledge amongst the general public. For example, sugar causes diabetes? No, that’s down to animal fats…!?

Why is The American Cancer Society recommending people eat processed meat? It’s the equivalent of recommending them to smoke.

Why is The American Diabetes Association recommending recipes which are high in animal fats?

Hint: It’s namely to do with money.
Here are some facts taken from the What The Health website: 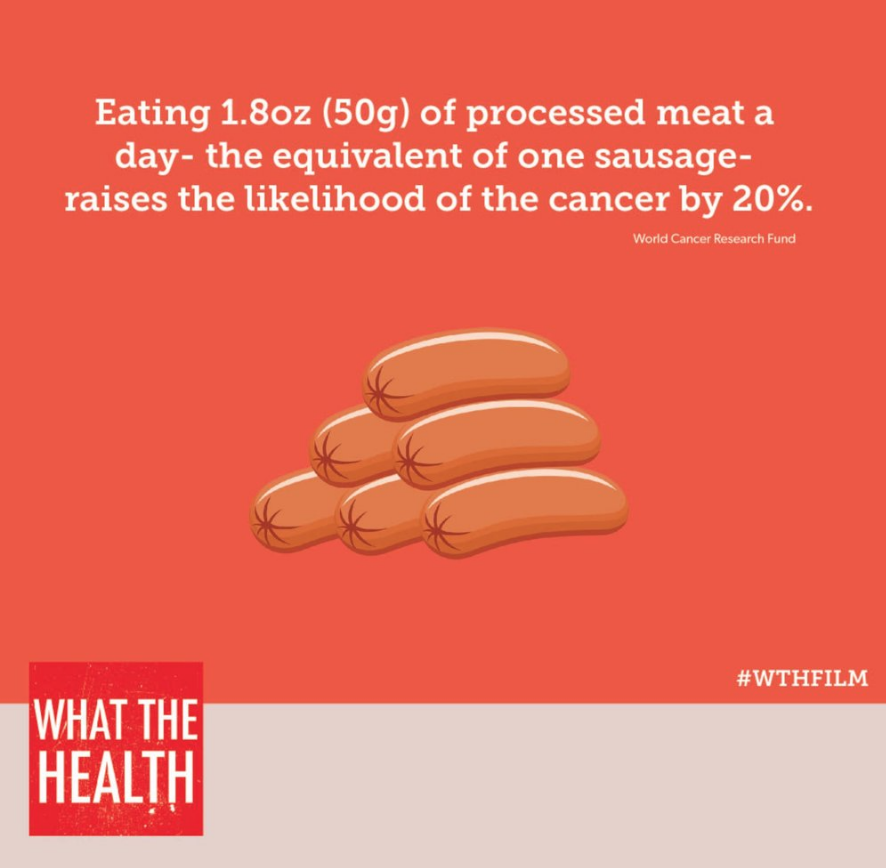 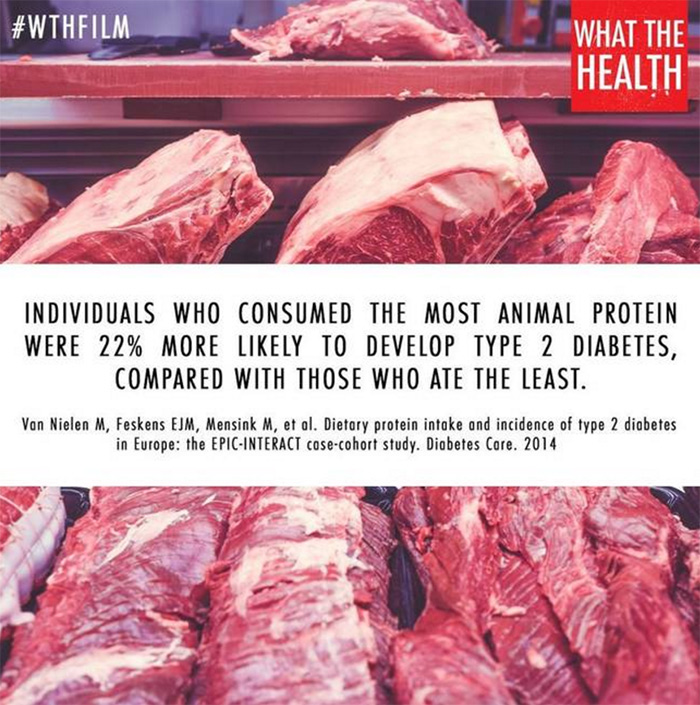 I won’t divulge all the facts and findings that come out of this as I can only recommend you watch this yourself with an open mind. If going plant-based sounds like a ridiculous idea because you’re not bothered about animals, then fair enough. But what if you knew it would save your health?

If you already see yourself as health conscious but you’re still consuming meat and dairy, you may be contradicting yourself. Denying yourself a sweet treat to stay healthy may be pointless if you’re going to sit down to a dinner of chicken or steak. Even if that meat is organic you’re consuming things that have no place in your body. And if you’re eating it for the protein, well…protein is made from plants.

How to watch What the Health

What the Health is currently available to watch on Netflix and you can also watch online or buy the DVD for a small fee at www.whatthehealthfilm.com

*(Or, yet more reasons to go plant-based other than the wellbeing of the planet.)