I’m 35 years old, have a one-year-old son, lead a relatively active life and in my opinion, eat relatively well and generally believe I’m in good health. I have no grievous symptoms which would lead me to conclude I’m ill, so why would I pay good money for a private blood test? The answer is, why wouldn’t you?

I recently took the XL Blood test by Werlabs which analyses 44 components, including biomarkers for your thyroid gland, cardiovascular health, liver and kidney function, inflammation, vital vitamin and mineral levels and more. Simply put, it tests for the most common indicators of more serious health problems, such as hyperthyroidism, your risk of developing diabetes, whether you’re iron-deficient, your potential risk of heart health issues such as heart attacks, and other conditions which may become apparent by assessing the results all together. And what’s more, you may only have the vaguest symptoms of something ‘not being quite right’ and often, none at all.

I know, for example, thanks to mum drilling it into us, that we’ve got a family history of high cholesterol so I tend to avoid highly salted, processed foods, although I do love a Tesco’s Macaroni Cheese every six months or so. I have also suffered from anaemia throughout my teens which was so bad, there was talk of blood infusions (it didn’t help that at that time I wouldn’t take pills and so instead they gave me liquid medicine. Who does that?) I had also convinced myself that after feeling faint and ill from partaking in Veganuary a few years ago, that I had a body type which NEEDED animal protein (it was actually because I had no idea what a well-balanced vegan diet looked like. I know so much more now) and having cut all meat from my diet, aside from a small portion of fish every month or so, I could be deficient in some minerals. I also know I could do more exercise. But then, who couldn’t?

My main exercise is currently DeRose Method and if I’m lucky enough to fit it in, a weight-based or boxing class once a week. I have no self-control when it comes to carbs, especially pasta and mashed potato and can’t resist crisps, which is why I try not to have these in the house. I don’t smoke, rarely drink (I suffer from ‘lash-rash’ thanks to my Chinese heritage), am often woken at 4.30am by my monster of a child and love a chunk of dark chocolate. I try to avoid anything too sweet. I also take fish oil regularly and have recently just started taking ‘skin-healthy’ vitamins. My vitamin D pills have run out and I’ve not taken those for months. Doesn’t sound too bad, does it? However, I do suffer from eczema on my hands and sometimes my face, often come up in itchy rashes on my stomach and am prone to anxiety. Maybe the blood test could shed some light on some of these afflictions?

In the past I’ve had to really push for blood tests when something hasn’t felt quite right. And what I’ve discovered is that you don’t get a blood test on the NHS unless you have symptoms. And even then, they will only test for something specific, which I’ve found frustrating. The NHS just doesn’t have the resources for anything more. Which is where Werlabs fills the gap. Werlabs has been helping Scandinavia manage their health for several years and they recently launched in the UK. They have teamed up with the NHS, where blood tests are taken by nurses at participating practices and results are reviewed by Werlabs own set of doctors. I’ve had to recently provide a blood sample for a different test I’m doing and it was such a relief to discover that there’s no need for those finger-prick tests you do yourself.

It took approximately 55 hours from having my blood test to receiving my full results, which I thought was very fast. It’s apparently better to have fasted for 12 hours the night before, although coffee and tea are allowed. I turned up HUNGRY after an early morning DeRose Method session but was seen promptly. The blood tests all went without a hitch but I would probably have been out of there faster had I not asked so many questions. And then it was waiting time! At 5.10pm that evening, I received a text saying my first batch of results had come in. The way it works is that you get your results in two batches. The first set of results are for those which fall within ‘normal’ ranges and don’t require a doctor’s input. The second set of results are for those which take a little longer to process and any results that require specific advice from a doctor if they fall outside normal ranges. The doctor also provides general feedback on what your blood tests show.

My second set of results turned up within two days of the blood test. Would they help shed some light on my eczema? I was expecting there to be increased inflammation markers (CRP) and raised levels of immune system components (they check basophils, eosinophils, lymphocytes, monocytes, neutrophils and white blood cells) due to itchy hands and face.

Both rather disappointingly and comforting, all my tests came back within normal range. In fact, as per Anders Lycksell’s medical opinion (the doctor reviewing my results), I was at low current risk of developing diabetes and I had a low risk of cardiovascular disease (based only on what was tested for – there are many other elements which can be taken into account too for a fuller picture, e.g. smoking status, diet etc). I even felt rather proud when he concluded, ‘your results look excellent’. Hurrah. This gave me the validation I needed that I was on the right track with my health. It also made me wonder whether I was actually allergic to my cat and if she was the main culprit behind my eczema… 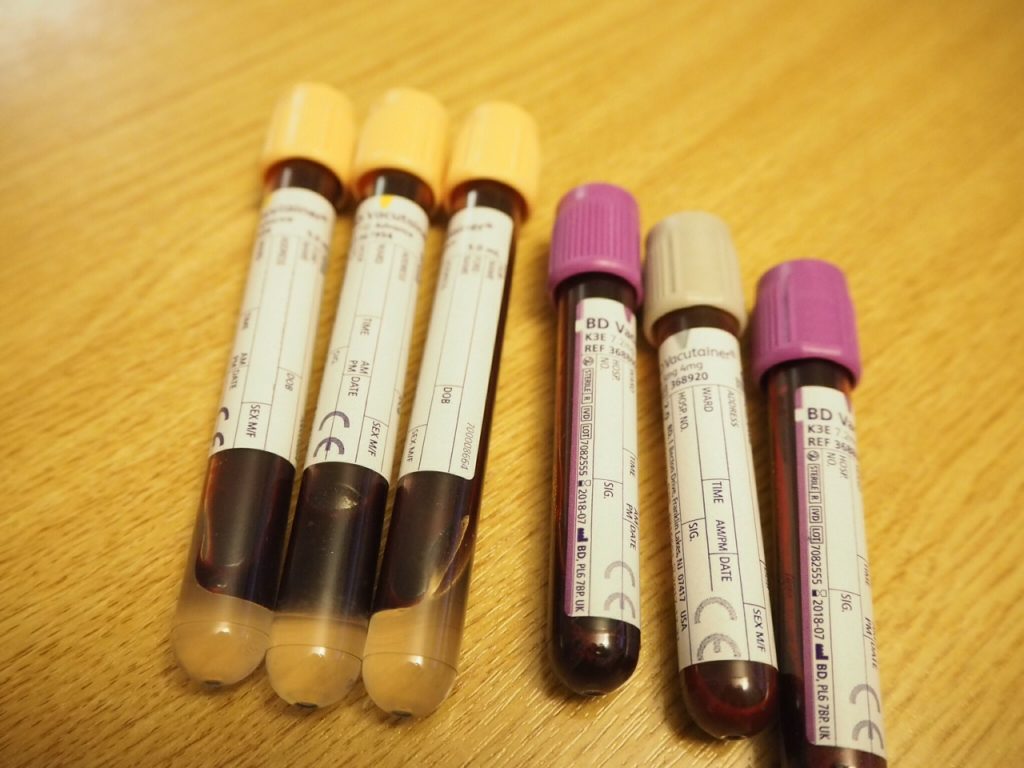 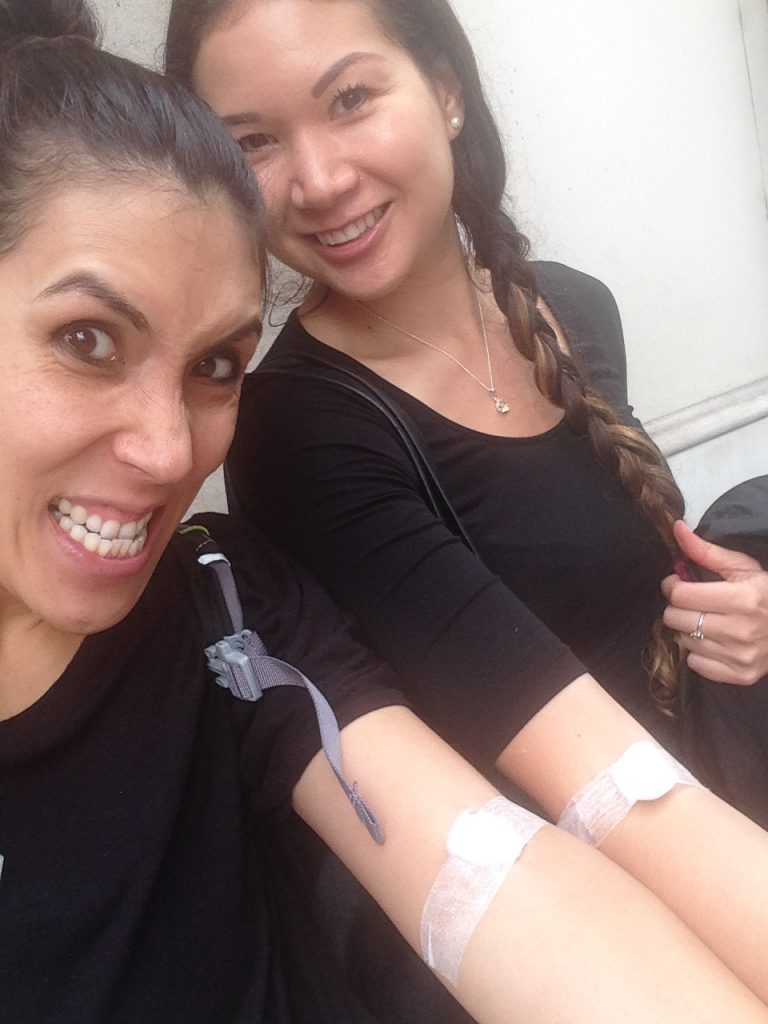 If there’s one thing I’ve learnt in life, it’s is that you don’t mess with your health. Money can buy most things but it can’t buy health. And tests like this let you take responsibility for your own health, let you track how its improving or declining and also helps make you aware of any potential risk of certain diseases. We are becoming obsessed with monitoring our health and we see this through apps and fitness monitors, but I’d rather stress less about my day to day step count (I gave up my fitness tracker a long time ago after I realised it was doing more harm than good) and spend my money on discovering real insights to my health.

Who’s it for: Anyone of any age who is health-conscious or concerned for their health.

How much: The XL test which I had costs £125. Other tests, such as the diabetes one, start from £39. See all the tests available here.

Where: Werlabs is currently only operating in London, Surrey and Manchester but they will be adding new locations soon.

This is a sponsored post produced for Werlabs. All opinions are my own.