Meditation is considered the big brother of its popular little sister, Mindfulness. Whilst mindfulness is very en vogue and has a playful aspect to it, meditation can feel a little more outdated and only for the serious purple-wearing hippies. This was my opinion at least. That was before I tried it.

I actually can’t remember how I ended up at one of Will William’s introductory sessions. I had invited a friend, Shannon, along for moral support. She’s open to all this kind of stuff. So after a stiff green juice at the Wild Food Café in Covent Garden, we found ourselves sitting in a small room with Will Williams. He’s younger than I thought he’d be with a brave choice of clothes; Hawaiian shirt with a grey cardigan. Punchy, I thought.

An Introduction to Meditation

The introductory session was a casual affair – it was an open session for the small crowd that had gathered there to find out more about meditation. In fact, it seemed almost a little like a counseling session as many people present were searching for solutions, myself included; I’m currently on a journey to still my mind. For the past several years, I’ve suffered from a feeling of not being able to breathe properly (quite tricky when you’re in meetings especially when it results in a cheeky yawn), anxiety and an inability to relax. In fact, if you asked me how I’d go about relaxing, I’d probably say ‘write a blog post?’ Apparently that’s not the right answer.

So like many others, meditation was a last resort. After hearing a bit about the history and the health benefits (of which there seem to be endless amounts), I remained on the fence about booking in for the full weekend course but Shannon dove straight in. She often does that and it means that I get her to test things out before I plunge straight in.

Needless to say, Shannon took part in the course just a few weeks later and reported good things. I signed up.

The Beginner’s Meditation Session with Will Williams

Apparently, learning the basics of meditation takes only 7 hours. 7 hours?! As someone who thought you ‘just meditated’ it surprised me that it was something you had to master. I should have known however, it’s not just something that ‘happens’ – goodness knows I’d tried with countless apps, podcasts and YouTube apps. I was starting to think my brain just wasn’t up for meditating. 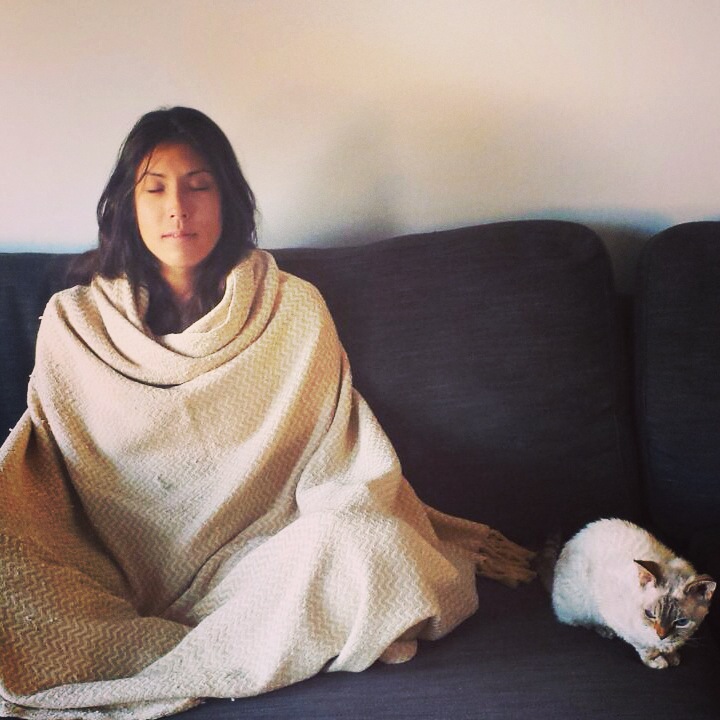 Doris, my secondhand cat and I, like to meditate together.

There’s a total of 4 classes within the Beginner’s Meditation Session – one is an hour-long one-to-one and the three others are group sessions. The course runs over a Friday, Saturday and Sunday. Each session is special in it’s own right. The first session, the one-to-one, is perhaps the most exciting. After all, this is where you get your own personalized mantra. I HAVE A MANTRA! I never even knew I needed one. Alongside a fear of forgetting it as soon as I walk out, there’s a ceremony and a few minutes meditation time with your mantra. It leaves you excited for the next day!

During the following 3 group sessions (there were about 10 people in total), we learnt much, much more about the history of meditation and the benefits, as well as having time to practice. Throughout the sessions, people also asked questions, often the ones you were secretly thinking, and most interestingly, share their meditation experiences which were varied. Whilst mine were fairly mundane, one lady in our group experienced the sensation of being in a totally different country, able to hear the sounds around her. Most people spoke of the feeling of ‘dropping’ as they went through different levels of consciousness.

So did it make me feel better?

Better? No. There’s a still a lot I need to work on. But calmer and more focused? Yes. It’s a relief that a) I can meditate (there’s nothing wrong with me!) and b) you can experience the benefits soon after starting. I soon noticed that I wasn’t feeling so anxious and it’s such a refreshing way to start the day – you’ve got 20 minutes of ‘you’ time, which feels utterly indulgent yet really does set you up for a more positive day. In fact, there were times when I was meditating in the morning when I’d glance at the clock and double that time had passed and I hadn’t even realized. I found it harder to fit the evening sessions in, especially when I was going straight out after work yet I noticed when I didn’t (it’s said that two sessions of 20 minutes a day, ideally on an empty stomach is most beneficial). Just like acupuncture, I find meditation is incredibly grounding.

What is Vedic Meditation? 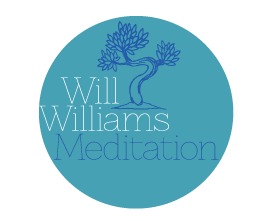 Will Williams teaches Vedic meditation, a technique that was developed in India over 5000 years ago; it comes from the same culture that also brought us Ayurvedic medicine, yoga, surgery and mathematics. It’s practiced sitting (on your sofa, on the floor, even up in bed, but you do have to be upright – sadly there’s no sleeping in this) with your eyes closed and the mantra resonates with your mind to help it reach a state of quietness whilst remaining alert. Yes, it’s weird.

A 2010 study led by Elizabeth Blackburn was recently in the news with regards to a link between meditation and longer, stronger telomeres. Telomeres are the end tips of chromosomes that protect the DNA and it seems that in those with stressful lives (such as parents of children with special needs and spouses of dementia sufferers) theirs are damaged and frayed. And guess what? Meditation has shown to help promote the activity of telomerase, an enzyme that repairs telomeres. Whilst there still needs to be further studies (the initial study only included a small number of subjects) it’s won me over.

As well as this study, there are countless others, all indicating that meditation can help with reducing stress, improving sleep, better cardiac health, lower blood pressure, headache and migraine relief, better digestion, better decision making, increased confidence, improved memory and concentration… the list goes on.

I have to say, having a mantra really helps. I find it really hard to concentrate when I’m meditating and even though my concentration does slip, a mantra is great as an anchor point. Even when my mind wanders, I’ve gotten less annoyed at myself for it (I blame the perfectionist in me) and often had some of my best ideas during it.

The class left me exhausted yet excited. I was going to meditate every day, twice a day! And you know what, for the first few weeks I managed it.

However, I’ve not managed to turn meditation into a habit yet, especially not in the evenings and my practice does slip occasionally. When it does, I do notice the difference – I feel more stressed more easily. It’s something that I’m continually working on but it doesn’t feel like a chore – it feels a mix between a break and a workout for my mind. It’s just squeezing it in. Or should that be making time for it.

For anyone that’s feeling stressed out or can’t sleep, I definitely think meditation, especially Vedic meditation, is worth looking into. And Will and his girlfriend (who’s nearly a teacher and helps on the sessions) are absolutely great – fully supportive, loving (not in a creepy way) and non-judgemental.

If you’re interested in learning how to meditate, head along to one of Will Williams’ Meditation Classes to find out more.