When you’re pregnant and suddenly unsure of what you should or shouldn’t be doing during pregnancy, whatever you do, don’t Google anything! Get yourself straight down to Lomax for a one-on-one PT session instead with Charlie Launder. Read on for our Bumps and Burpees review… 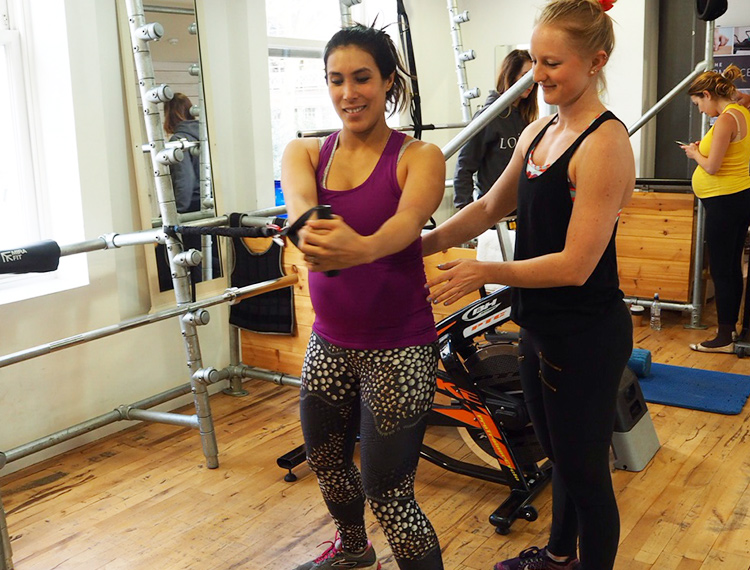 I had been following Lomax gym on Instagram for a while and from there, I discovered a pre and post-natal service called Bumps & Burpees. It’s only now that I’m pregnant that I’m actually interested! Even though I’ve got my pre and post-natal PT qualification, I’ve found it hard to fit fitness into my schedule, especially now I’ve got a hundred and one things to get done before Hungry Bear arrives. So I booked in for a session with Charlie Launder, who as far as I could work out, was the founder of these classes.

Lomax is situated a short walk from South Kensington tube. At first glance it’s smaller than I thought it would be – the ground floor houses reception and a small café that offers a whole range of healthy ‘fit food’, from chia puddings, to post-workout smoothies, to meat-heavy dishes and vegan salads. There really is something for everyone.

The main studio is situated upstairs and there are 2 main workout rooms. One is slightly darker and looks like it could offer group fitness sessions whereas Charlie took me across to a smaller but lighter area where she showed me our workout ‘pod’. What’s clever about Lomax is that they very much service individuals who are after personal training sessions. And each one-on-one session takes place in your very own space that’s complete with everything you need for a workout, thus saving time fetching various equipment and removing arguments over who’s using what. I had initially thought that Bumps & Burpees was a group fitness session but it’s actually an umbrella term for personal training for pre and post-natal clients. The best bit is, that once your bump emerges into this world as a baby, you can still continue training as Lomax is well-equipped for looking after little ones. With a set of toys on hand and PTs who love kids, you can keep on squatting whilst your baby sleeps, plays or is comforted by your PT or another member of staff.

As Charlie explained to me, the sessions aren’t there to improve flexibility, strength or cardio but to maintain fitness levels and prep your body for before and after birth. Each session comes with a free consultation so she’s aware of any injuries, pains or medical issues beforehand. 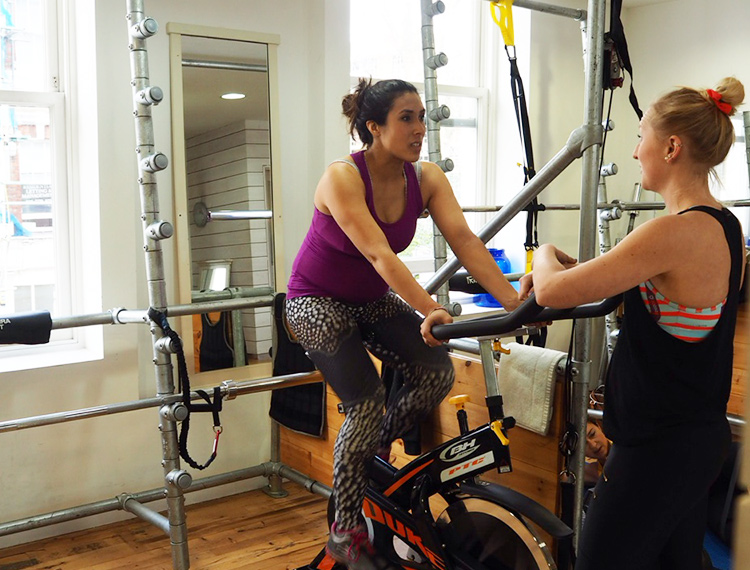 In our little pod, we had an exercise bike, a weights bar and weights, TRX functionality, resistance bands and a mat. As you’d expect, there’s a warm-up before we moved onto some short circuits followed by some pelvic floor exercises. Charlie uses a mixture of weights, resistance exercises and cardio to leave you aching! And I’ll admit, prior to her session, I had been taking things a lot more easy than I would normally do so there were DOMs the next day (but how good a feeling it was!)

I’ve always been a bit sceptical as to the whether personal trainers without children can do as good a job as those with – after all, there’s a lot that comes with pregnancy that you don’t learn on the PT course. For example, the weird pains you get, the paranoia, the fact your body feels like it’s been taken over by an alien lifeforce… However, I very much felt at ease with Charlie and she’s changed my whole opinion of that – having had more than 30 clients train with her throughout their pregnancy and then continue after they’ve given birth is no mean feat; she’s an old hand! 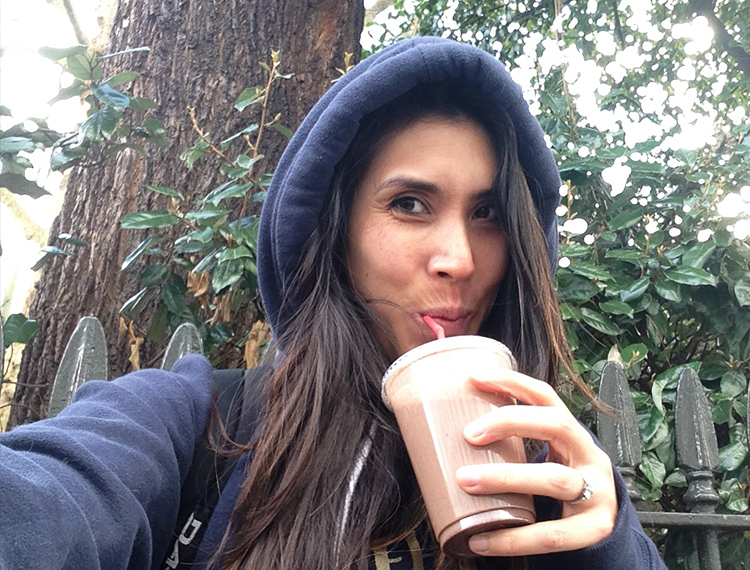 Finished off the session with a chocolate protein smoothie

Who’s it for: Pregnant women and post-natal women who want to maintain strength before and after pregnancy
How much: £67.50 per hour’s session (free initial consultation), with discounts for 4 or more sessions.
Where: LOMAX Chelsea, 293 Fulham Road, London SW10 9PZ
Website: www.lomax.com