With two members of the #hellofitty team taking part in Judgement’s Day Borden race later this year on 23rd November 2014, we decided to grill race founder, Mark Buller, about why he decided to set this up and to see if we could tempt him to reveal anything about the carefully guarded route. 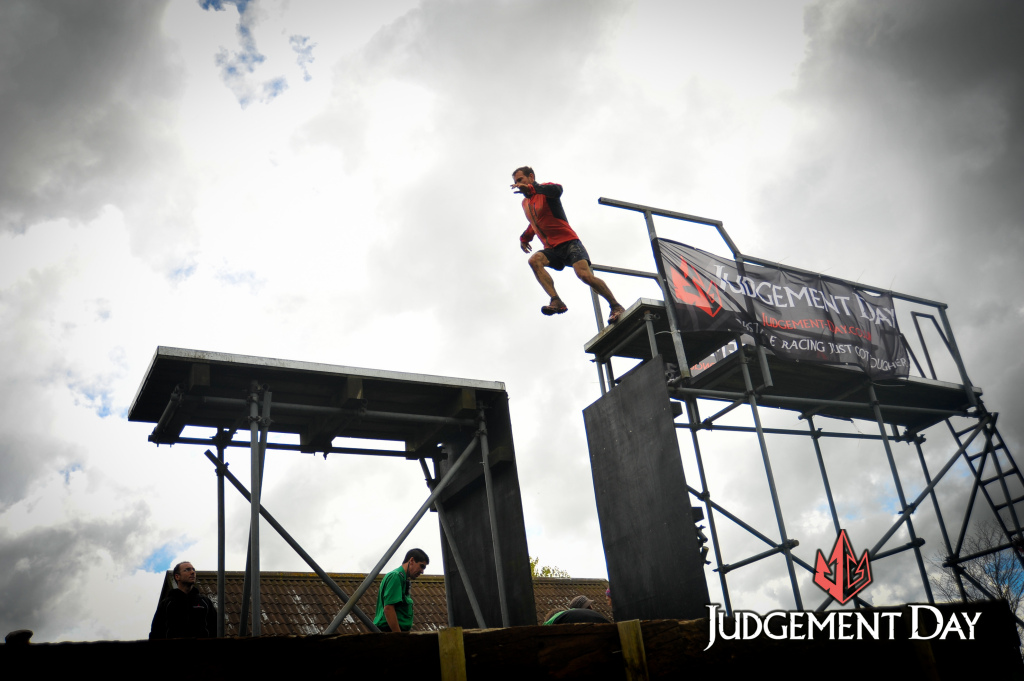 Just one of the obstacles to test your fitness and mentality.

Who are you and what sparked the inspiration for Judgement Day?

I’m 37, married with 3 children. I spent my twenties doing the odd bit of exercise and convincing myself I was fit but after taking part in an obstacle race in 2011 decided that I really wasn’t that fit at all. I’m also one of those people who needs to set goals as motivation and liked the fact that there were so many races to choose from varying in distance and toughness.

In 2012 I decided that there was a gap in the market for something that utilises great natural terrain with man made obstacles that really pushed me. There were lots of races with huge great big obstacles that looked great but were more gimmicky than they were challenging. So, in 2013 after 6 months researching the market I launched Judgement Day.

I still take part in obstacles races and more recently moved across to give triathlon a go. I see myself as a competitor first and a race director second which gives me a different perspective to most races out there.

I’m still working in media whilst we build the business to a level where it can comfortably pay me a salary. Working in media has given me a head start over other races as I’m pretty experienced when it comes to social media and marketing which these days are a prerequisite for a successful OCR business…or pretty much any business for that matter.

How long did it take to turn Judgement Day into a reality?

I started researching the market properly in September 2012, launched the website in Sept 2013 and ran our first race in April 2014. As I said earlier I’m still taking part in races to see what other people are doing well or less well so the research has never really stopped.

How is Judgement Day different to other obstacle courses out there?

I’d say we were trying to fill a niche, which focuses on the ‘truly challenging’ OCR. There are loads of races out there focused on the fun runner which is great as they act as a funnel, pushing people through to our race. Judgement Day is still fun, retains the camaraderie associated with OCR but the major difference from most races is that when you cross the finish line you know you’ve been through your own personal battle to get there.

What advice do you have for anyone who’s taking part in the next few Judgement Day obstacles?

Train. Get outdoors, run and focus on functional movements and exercises such as press ups, air squats, bear crawls, jumping lunges, planks and pull ups. Make or buy a sandbag and progress from walking with it on your shoulder to jogging and if you can, running.

What do you think is going to be the biggest challenge for competitors?

For the Bordon race Its definitely the natural terrain. You’ll be running on sand for the majority of the race, which is a hell of a lot harder that running on the roads or trails. It’s tough so work on building strength in your legs, bum and lower back.

What preparation should participants be doing before the race?

Prepare for the cold as it’s taking place at the end of November. Think about what you’re going to wear – compression layers, trail shoes are a MUST, gloves and even a hat if you really feel the cold. 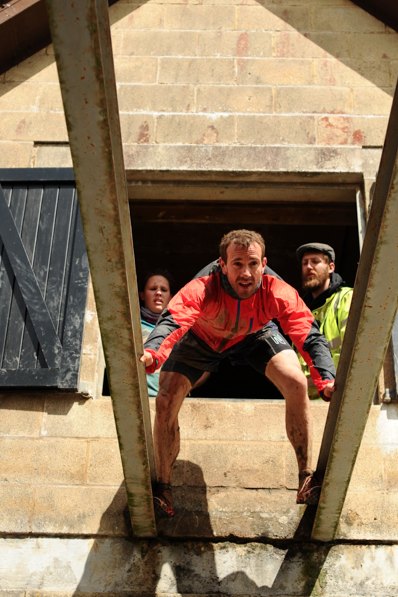 What other race directors run in their own obstacle courses?

For ideas on what to wear check out www.obstaclekit.co.uk

What is your top tip for anyone taking part in a Judgement Day race?

Train for all eventualities… and make friends with a sandbag!

The obstacle course is kept hidden – can you reveal anything about it?

It’s on sand, there are approximately 20 obstacles and it’s likely to be cold. We will however be avoiding water that’s over waist height as there’s no fun in ending up hypothermic!

Has there been anything that has really surprised you since setting this up?

It’s much harder than I thought it would be, the number of competitive races is increasing and it costs a lot more to run an event than I first thought. I also think races such as Tough Mudder have given a false impression on the actual market size which isn’t as big as I first thought… although it’s still growing.

Why do you think obstacle course races are so popular?

They make fitness fun, they’re available to all fitness levels, the camaraderie is like no other sport I’ve previously experienced and there’s also an element of them taking us back to our childhood when you didn’t care about getting a bit muddy.

What was your first obstacle course and how did you find it?

The Grim followed by Tough Mudder. I found them very different types of races, one was certainly more challenging than the other but they were both very rewarding and a lot of fun.

What is your essential obstacle race equipment?

Trail shoes. For those of you considering wearing old trainers I can guarantee your race experience at any OCR will be enhanced considerably if you’re wearing the correct footwear. Don’t be put off by pricing, like anything there are different brands to suit all levels of budget.

You’ve also got kids – is the OCR bug rubbing off on them?

Yes, they’ve taken part in a few races and love them. Not only does it force them outside and off their iPads but they get a medal which they love taking to school for ‘show and tell’ on a Monday morning.

The April 2015 race takes us back to Copehill Down in Salisbury, which was the venue for our first race. We were lucky enough to use an MOD FIBUA (fighting in built up areas) village which is a purpose built village designed for urban warfare. To get an idea of what to expect watch the video here:

In September 2015 we’re launching The Unknown, which is taking Judgement Day to a whole new level of physical fitness and mental toughness. It’s a 36 hour endurance event incorporating lots of tasks designed to break the participant. The idea originates from The Death, Race which has taken place in the US for a number of years. We have just under a year until the event so anyone interested has plenty of time to prepare.

To find out when the next Judgement Day is and to keep updated with all their news, visit www.judgement-day.co.uk