What would make you run? The desire to lose weight or get fitter? The bus? Or perhaps a hoard of zombies? Adrian Hon is the co-creator of Zombies, Run! a smartphone fitness game which has so far seen players physically run 30 million km and take on more than 200 ‘missions’. Here’s our interview with Adrian Hon about the future of fitness and apps.

You’ve produced 4 different apps to get people moving more. What are they and who are they aimed at?

Our flagship app, Zombies, Run!, is aimed at anyone who likes a good story – so if you like Game of Thrones or action movies, this is for you. It also works for beginners and experts – we’ve had players who’re completely new to running, alongside players who’ve run literally thousands of miles with us.

The Walk is designed for people who’d like to walk more every day, as part of their commute. It’s a bit slower-paced than Zombies, Run!, but it has a fantastic spy thriller story. 7 Minute Superhero Workout is all about making home bodyweight workouts more exciting, so it’s great if you’re into superhero movies; and finally, Step By Step is a great app that makes walking more fun for families. 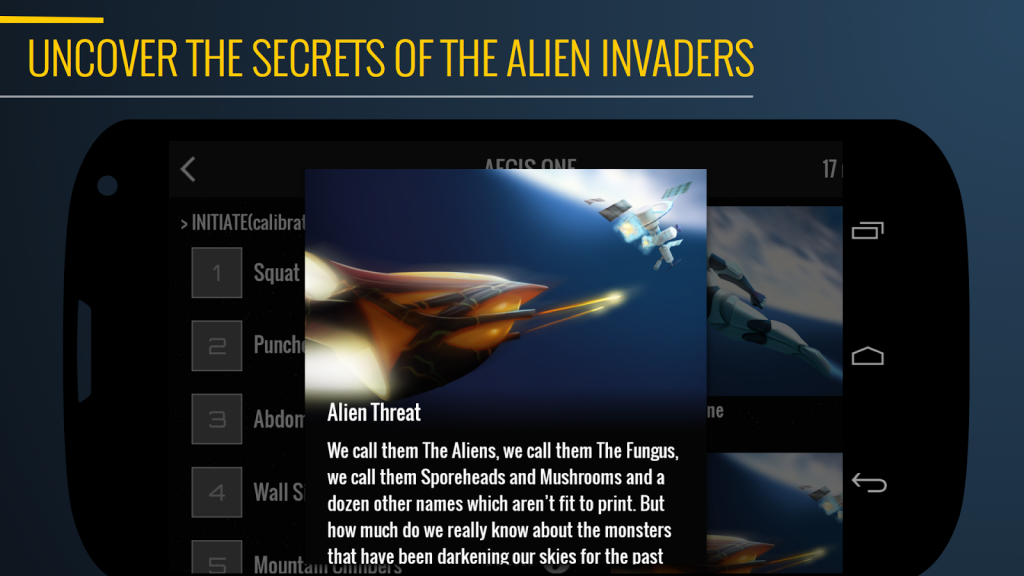 Let’s just talk about Zombies, Run! for a second! How on earth did you get the idea for that? And why zombies?

I came up with it with our co-creator and lead writer, Naomi Alderman. I’d wanted to make a running game for a long time – I run a lot these days, but when I started, I found it really boring and tedious, and thought there must be a way of improving it. We met up, and she told me she’d joined a running club. In the club, they asked each member why they’d joined. One person said they wanted to get fit, another person wanted to lose weight – and one person said they wanted to survive the zombie apocalypse. That’s where it came from!

Why do people need apps to help them get sweaty?

Fitness apps are a great way to stay motivated! You can use them anywhere at any time, and they’re much cheaper than gym memberships or personal trainers.

Why are your apps so successful?

We’re all about making exercising fun. Most fitness apps are just trackers – they tell you how far and how fast you’re running. That’s useful, but we go a step further by putting you in a thrilling adventure.

One thing apps can’t do is monitor technique – do you see any way round this?

There are some apps that can do this, although usually they need wearables like the Apple Watch or devices you strap to your arms and legs. This will definitely get more popular in future.

Any more fitness apps in the pipeline?

Our latest app is Racelink – it’s a way for charities and brands to make their own ‘virtual races’. They’re like traditional races, except you can do them wherever and whenever you like, and you’re accompanied by a thrilling audio story.

We’ve already worked with Macmillan Cancer Support and the British Science Association on a “Spy Virtual Race” and “Run the Solar System”, and we have a new race on sale with Cancer Research UK right now – it’s the “Celeb Chase Virtual Race“.

Do you think apps will replace Personal Trainers and group workouts?

It’ll always be fun to work out with people in the real world – I like running on my own, and in real-world races. But in the future, apps will offer more and more immersive and exciting experiences.

Where do you think the future of fitness lies?

There’s a lot of potential in augmented reality and virtual reality, although it’ll take at least three years before those get really good. I’m obviously a big believer in virtual races though!

What do you think the best fitness gadget currently on the market is?

I’ve liked the Apple Watch the most! It’s a good all-round gadget that looks good and works well for running and swimming, as well as being useful the rest of the day.

What apps do you use for your own health and fitness?

I use my Apple Watch a lot for running and swimming. I used to use Runkeeper, and obviously I use Zombies, Run!

Adrian Hon is CEO of Six to Start (c-creators of Zombies, Run!), author of ‘A History of the Future in 100 Objects’ and a former neuroscientist and tech writer.