My problem with sports bras is a) the ones that work aren’t necessarily the prettiest. And everyone knows that for yoga, a pretty bra is important and b) they’re SO BIG. And then along came Shock Absorber’s Active Bra in hot pink. 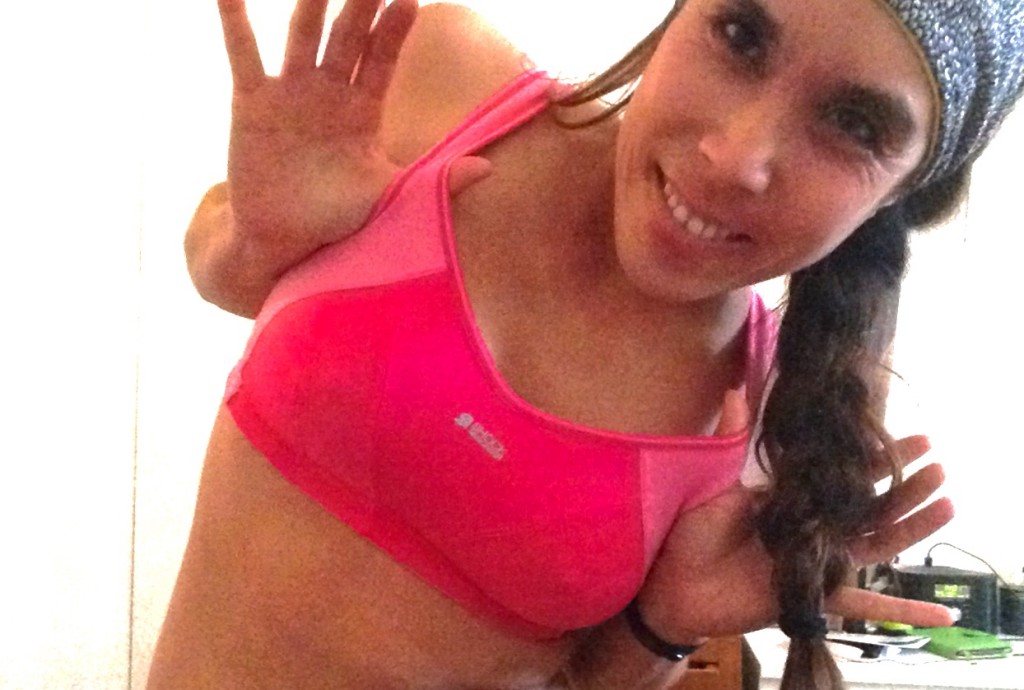 I’m a big fan already of Shock Absorber already, owning several pairs of the black standard one and a white one (never buy the white one, there is nothing uglier in the world) but over the past 6 months had been looking more to the lower impact bras as they were nicer looking. Call me vain, but when I’m going straight from something like a HIIT session to yoga, I don’t want to be wearing giant encasing around my boobs; it doesn’t look nice. I can’t believe I’ve actually said that out loud, but it’s true – I like wearing nice things to yoga, especially as I often wear vest tops with it and you can see the bra underneath; for stuff like running, I don’t care what I wear as long as it holds my boobs in. Maybe I just like to think I’m running so fast no one will notice my giant sports bra.

Anyway, no one was happier than me when I was sent a gorgeous Shock Absorber bra from House of Fraser. I was also slightly amazed – who would have thought of House of Fraser for sports stuff? It turns out they’ve got a pretty decent collection, including the latest Lorna Jane range.

The Shock Absorber Active Bra is an all-round bra that can be used for running, HIIT, yoga, anything really. It has 2 bra clasps at the back – great if you hate pulling the crop-top style bras over your head and it also ensures a snug and comfortable fit. Plus, the straps are adjustable and with their bra-sizing (rather than the standard small, medium and large) they are so comfortable once on.

I love the fact that this is pink too! No need to hide my giant black sports bra when I do yoga anymore, and speaking of which, it may be my imagination but it feels slightly more low cut than the original ones I have.

With 44% of women not wearing a sports bra when they exercise (did you know your boobs can move by up to 14cm with each jiggle?!) and considering boobs don’t contain muscle, if you’re looking for your first then look no further – I love the Shock Aborber – it does what it says and keeps your boobs under control and pain-free for your impact sports.

Where to Buy: House of Fraser
How much: £31
Who should buy: anyone who does exercise that is more strenuous than walking