Normally, I am a little wary of Eliza’s challenges, so I tentatively replied yes to her text, “Are you free on the 29th November?” However, what followed was an invite to Barry’s Bootcamp and an influx of excitement, adrenalin and anticipation. Here is what I thought of Barry’s Bootcamp, London… 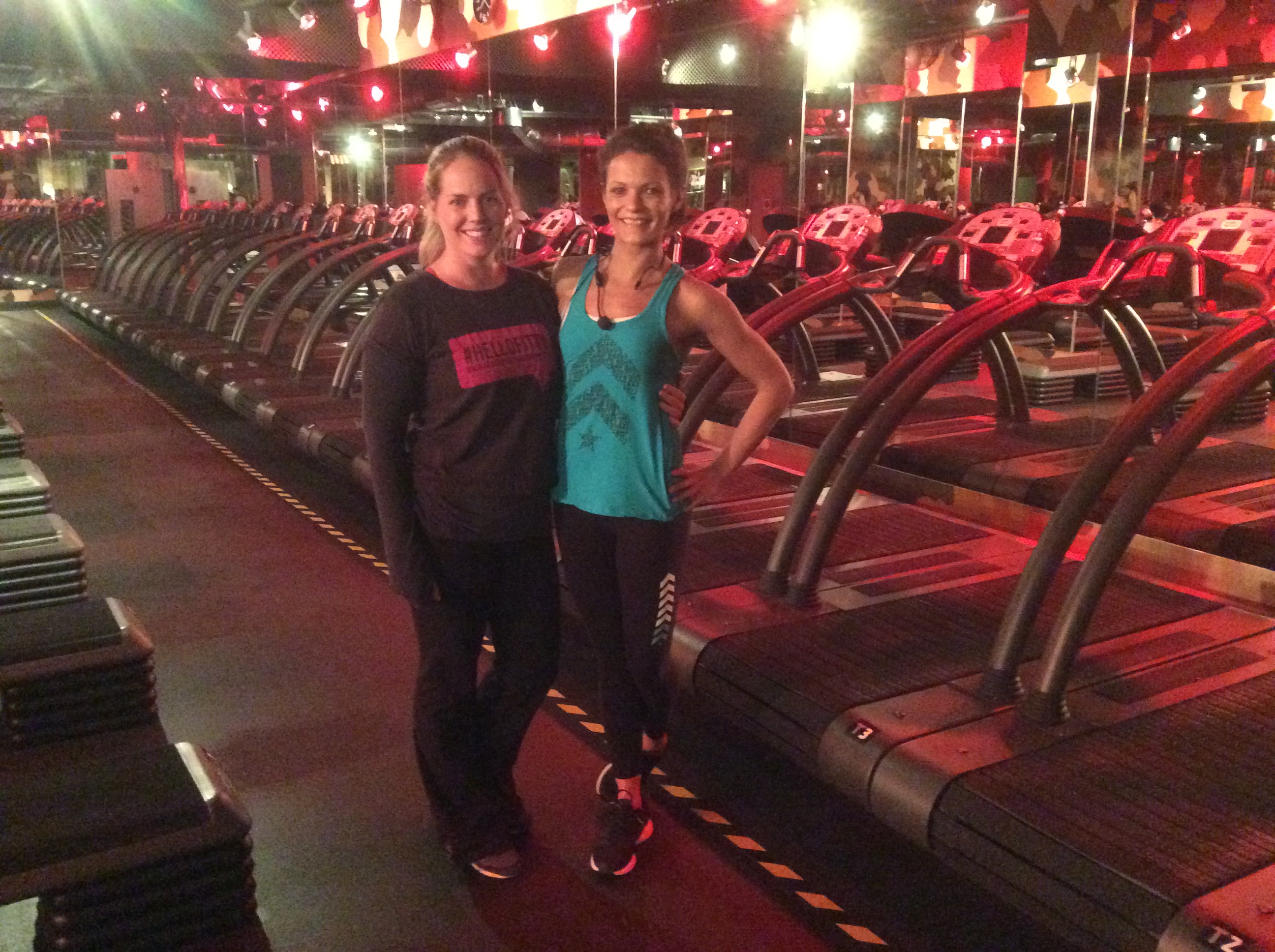 “It’s only when you know what you can do, where your limits are, then you can smash through that.” Sandy Macaskill

Having never been to Barry’s Bootcamp before, I arrived early, to familiarize myself with the layout. The reception was buzzing with activity and the music was stimulating. Gyms usually have a musty, sweaty scent, but this reception was surprisingly light, despite being on the lower ground floor. A Malin and Goetz candle was burning, producing a fragrant and addictive scent, allowing the room to be inviting. I could see how people would spend time chilling out post-workout and chatting on the couch or at their famous ‘Fuel Bar’. I would definitely be sampling their protein shakes, after my workout, something to work towards!

The friendly reception team asked me to fill in the standard health forms then told me a little about the space and what to expect. I was then directed towards their changing rooms which I was happy to see were well stocked with complimentary use of towels, hair-dryers and even GHDs! What’s more, they were clean! They also have lockers with codes, so you only have to remember your four-digit number and not worry about where to put your key! Whilst waiting for class, I had a browse at their beautiful clothing selection. I love the American flag heart t-shirt, cleverly using their logo in place of the stars! Although a tad expensive, I will be adding this to my Christmas list! 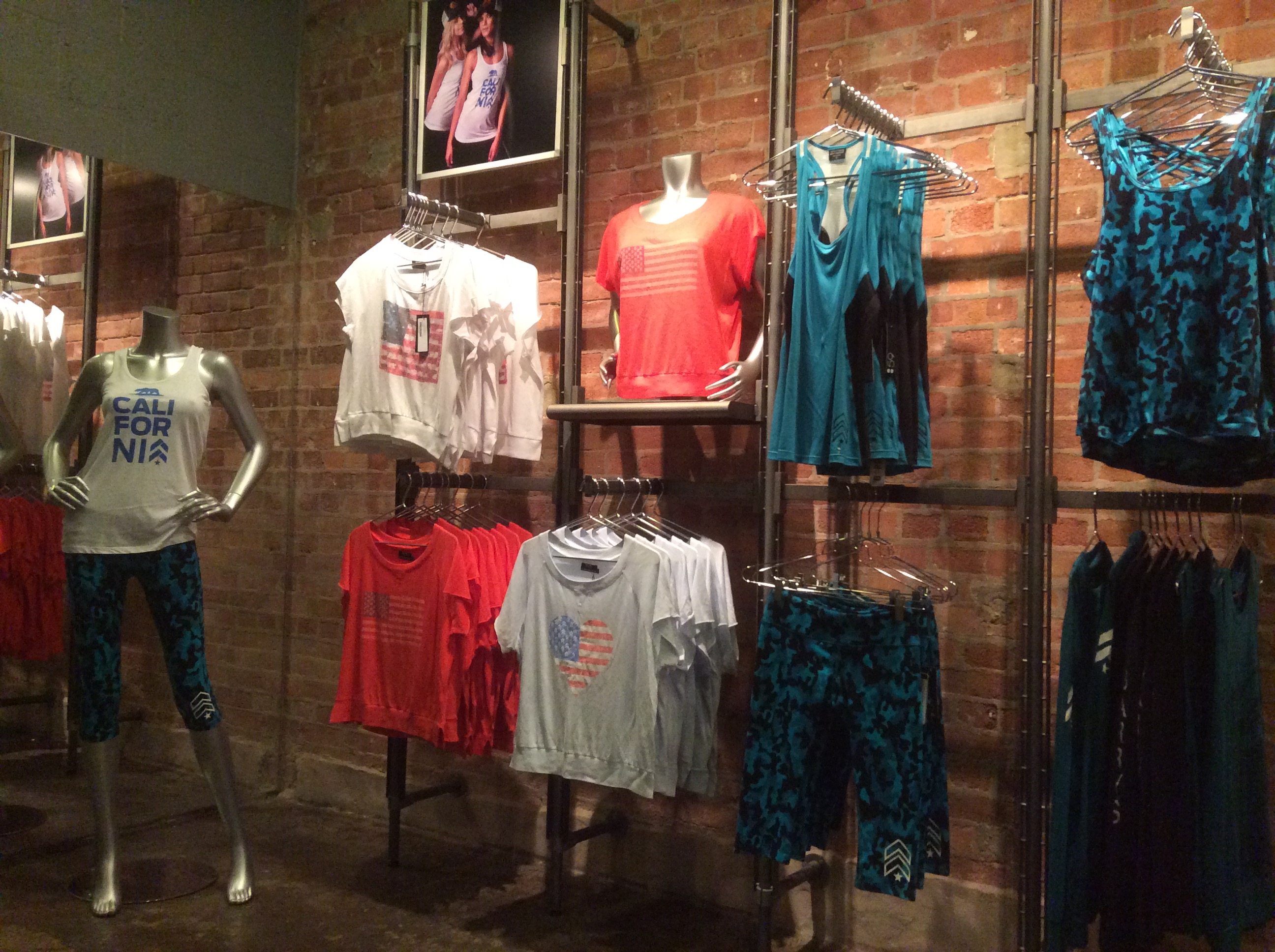 “You are working with a team, you are part of something.” Sandy Macaskill

Having arrived companionless, Eliza being away, I certainly did not feel alone. Several people came over and introduced themselves to me, chatting about how they were excited for class. The attendees were young, in their twenties and thirties, but there was a mixture of abilities which allowed me to feel relaxed. I am not a good runner, in fact, I am pretty awful, but I have enthusiasm and the willingness to push myself, within reason! Our trainer, Anya, introduced herself to her fired up pupils and directed us to our treadmills. There were sixteen of us for this class, but the studio can take up to forty-five participants, with several different classes running at the same time. With a brief introduction as to what we were about to experience, Anya instructed us to turn on the machines. The Woodway 4Front are amazing treadmills, used by Navy Seals, so you can understand my trepidation whilst increasing the speed, but they were so easy to use and are gentle on your knees. There is even a stop button and a safety clip, should you need it.

The lights went down and the class began. The room became a flattering reddish hue and since the mirrors surround you, it was nice not to stare back at a well-lit hot mess, or have anyone else clearly see the strain and sweat that, during the class, must have been so apparent on my face! The DJ, a staple for their Friday night classes, played some awesome music that complimented the workout. When asking Sandy, the owner of Barry’s Bootcamp in London, about the music, he said that the trainers pair their workouts with specific music to suit the movements they have planned for each class. The music was motivating, loud and fun, with both recent tracks as well as old favourites, that had me singing along… when I could catch my breath!

The running was a mixture of different speeds, including varied inclines too. We tried the dynamic mode which allows you to push start the treadmill so that you may run at your own varied speed. This allows you to sprint as fast as you can, but be able to slow down quickly. Anya would occasionally encourage us to sprint as fast as we could, to see how fast we would go. The running was interspersed with floor work. Anya introduced 5kg weights to me which we used for a variety of exercises, including squats, lunges and curls. I have always been wary of using larger weights, but was informed later by Ben, at the Fuel bar, that contrary to popular belief, it is extremely hard for women to bulk up. A woman would need to actually take supplements, as we don’t produce enough testosterone to bulk up without a stimulant. 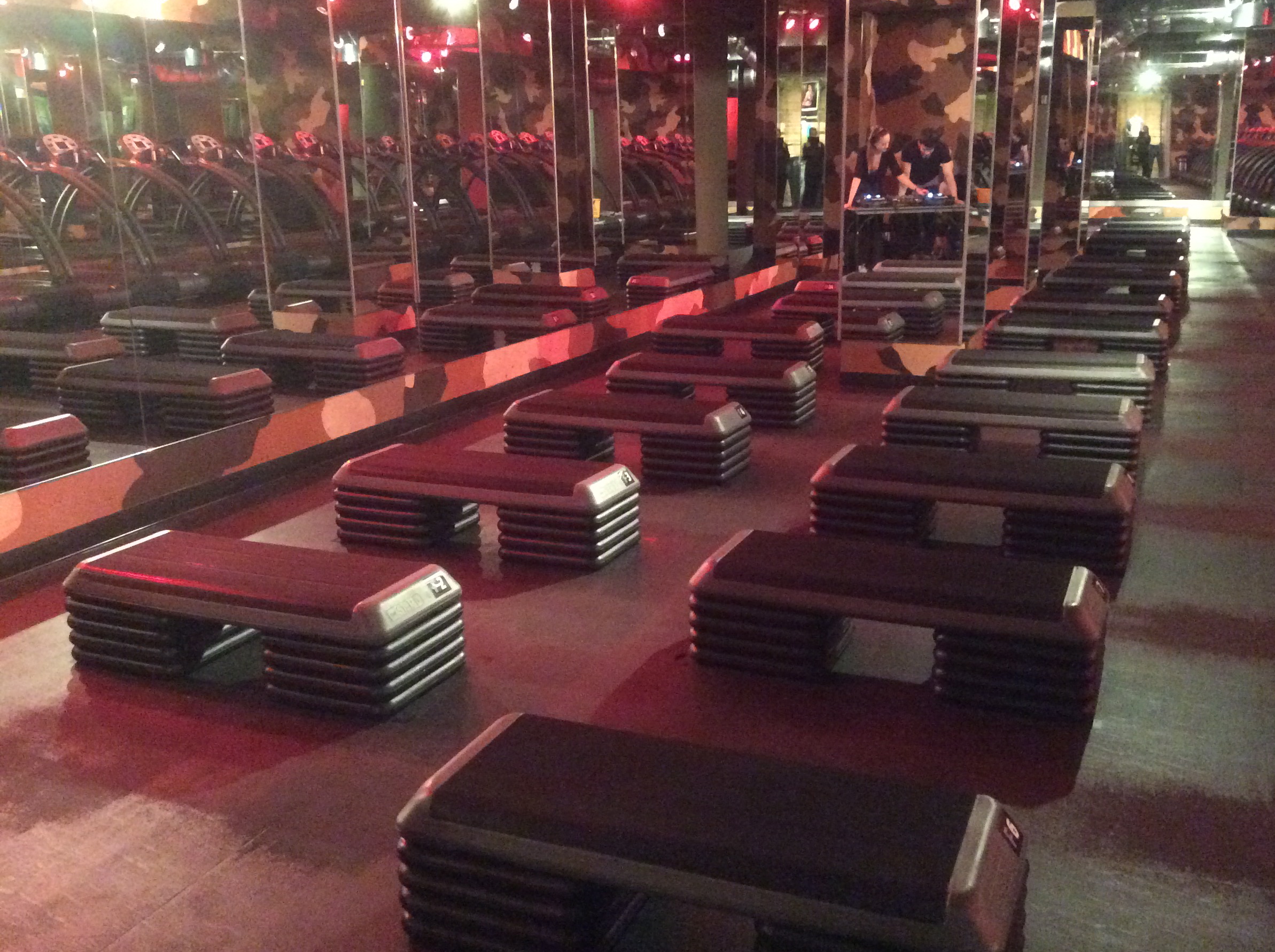 “You are motivated by the group… you are surrounded by people.” Sandy Macaskill

Throughout the class, Anya would clearly instruct us and despite the music, she was perfectly clear to understand and hear, with the use of her microphone. She would suggest different settings for beginner, intermediate and advanced participants. Whilst these are the settings she encourages you to be at, it is perfectly fine to adjust the number, to suit your own level. Admittedly, I had to reduce my level on a few occasions, as I struggled with the higher speeds, but her directions were encouraging and something you wanted to strive towards and follow exactly. She bounced  behind the machines, so she could see if you were slacking! I felt like a school-girl seeking the approval of my teacher, as she calls out your name in praise. This is excellent for a personal trainer, which is what Anya felt like, as you want to impress her by working hard and achieving the goals that she sets for you. She, in turn, was extremely encouraging and would even adjust your pose on the floor, to gain the maximum effect.

During the class, I was grateful for the differentiation, however after the class I felt disappointed that I didn’t push myself more. Sandy assured me and said that it is best to, “…find your feet…” and “…suss out the class…” during your first visit. I now know that I can do it and that next time, I can attack the class with a better understanding and less fear for the treadmill! Whilst tired and sweaty, I felt exhilarated and awesome after the class. To add to this high, we were all rewarded with samples of their delicious Hermosa protein shakes. I mentioned that I loved their chocolate banana one, so Ben made me one of my own! It was so delicious and is so good for you and they use unsweetened almond milk which is even better! Ben explained the benefits that protein has after a workout which was extremely informative. For example, I didn’t know that protein was used to repair the small tears that occur in the muscles during a workout. What’s more, I learned that a diet rich in protein has an anti-aging effect – bonus! The lively chatter around the ‘Fuel Bar’ was testament to the energy and endorphin rush that the class had produced. Everyone was friendly and happy to share their experience and it was good to learn that most people found the class tough, but enjoyed the challenge. The class fit all the levels and abilities of the people that surrounded me. 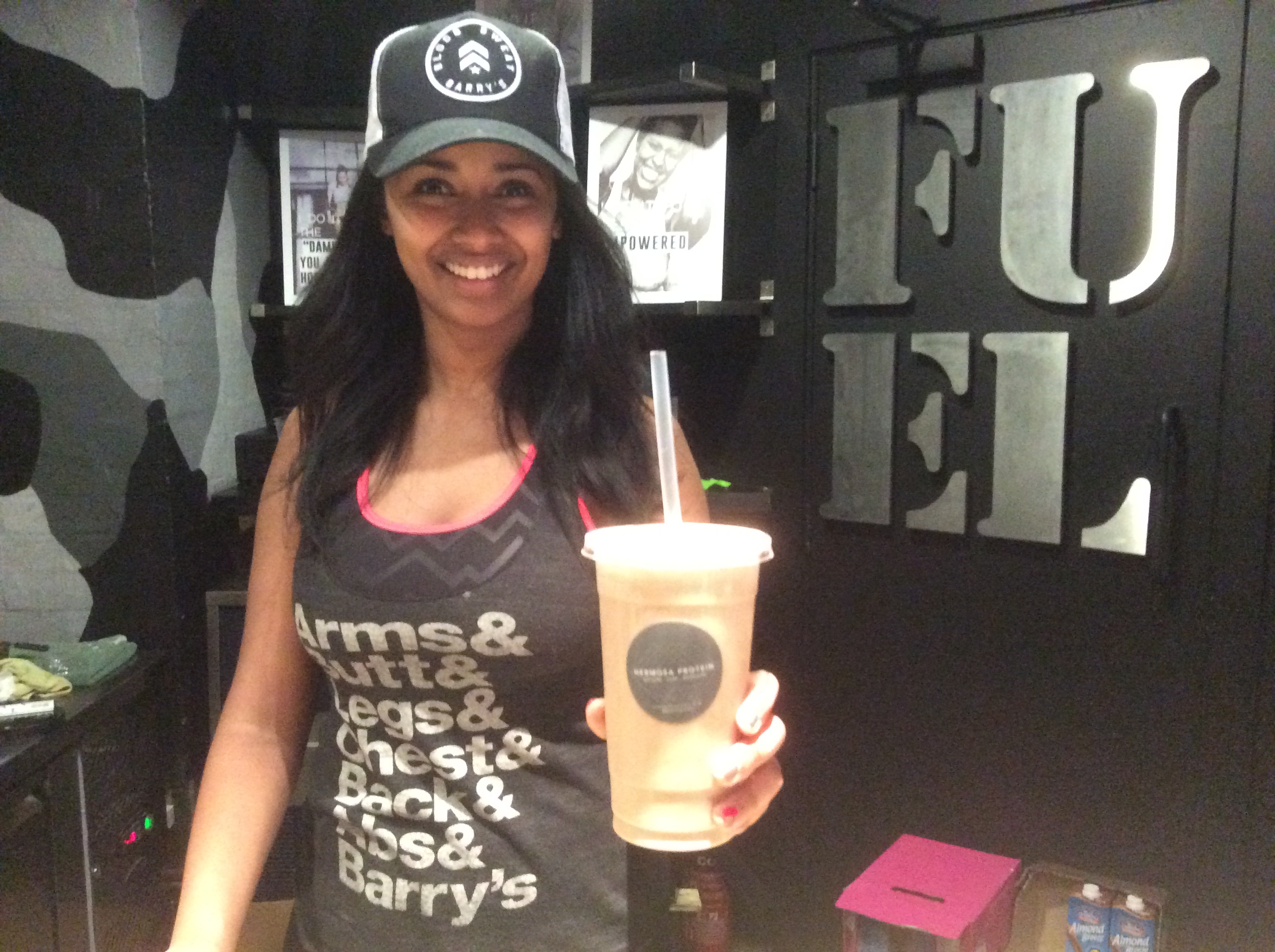 “This is the fuel bar… we call it Barry’s bonus ball. You come for exercise and you leave really wanting a shake… clients reward themselves with one of these.” Ben @ the Fuel Bar

I really enjoyed this class and will definitely be heading back. This boutique bootcamp does have a rather high price tag, but the session felt like a personal training lesson that normally comes at a higher cost. Plus, you feel motivated by being surrounded by people and being part of a team. The trainers get to know you and spend time chatting with you, so it really does feel personal and the encouragement is there. Sandy said that he gets “…excited to see what people achieve.” He spoke passionately about a client that had run at four miles per hour when he joined, but now regularly pushes himself to twelve miles per hour during sprints in class. What struck me about Barry’s Bootcamp was the fact that the team are invested fully in what they are doing. So much so, that their popularity has them opening a second studio near old street roundabout early next year. This will have a larger shake bar, designed so that passers by can easily pop in and grab a shake and not necessarily be participating in a class. I will definitely be popping in… regularly! 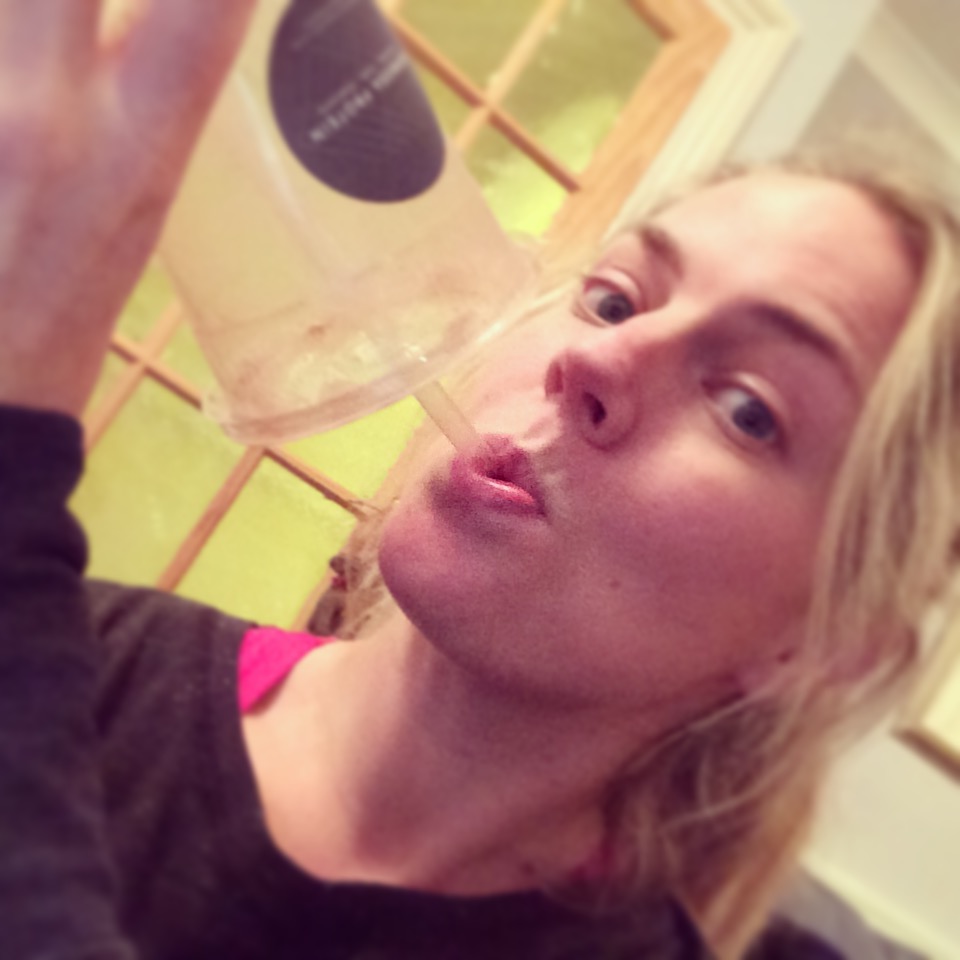 The only negative thing about Barry’s is that all the trainers are absolutely beautiful and makes one feel unattractive. However, it is encouraging as it makes you want to work your butt off so that you can hope to have a body like that… one day!

Would I go back to Barry’s Bootcamp, London? Absolutely and they have Bootcamps in several locations in the states too. Their no contract, rather a pay-per-class policy, means I would definitely pop in to an NYC class, when I’m next there. I would just have to remember to book well in advance… “It’s harder to get into your class, than a nightclub!” Sandy Macaskill, quoting one of his clients.

How Much? £20 per class or multi-buy discounts

*Health Advice: Consult with your doctor before beginning any new food and exercise program.