What? The launch of the second Moreno Boxing studio in Clapham Junction (organised by HLL Editor and badass, Eliza.) Around 30 fitness bloggers were invited to do two of the classes on offer, back-to-back. TIB (Tehcnical Intensive Boxing) and IBXT (Intensive Boxing Cross Training). 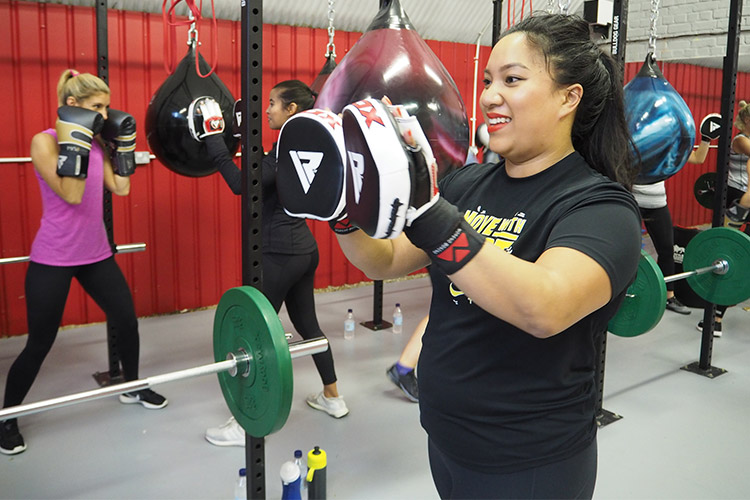 Under the railway arches in Clapham, this shiny new boxing gym complete with full-size boxing ring and water-filled punch bags looks every inch the location where a fighter is made.

Carlos Moreno, founder of Moreno Boxing has been boxing competitively since the age of 18 and has won multiple international championship medals. You could say he’s quite good at boxing… But how’s his teaching?

I went to the Moreno Boxing in Dalston with Carlos a few years ago and it reaffirmed that there are 2 types of people in the fitness world: the masochists and the sadists – or the clients and the trainers. And it takes a very precise balance to fulfil the needs of both…

“I take these classes very seriously. I want people to learn proper boxing techniques and for that, they need to be present and in the moment…” (Said in front of around 30 bloggers all with smartphones in-hand, who were compulsively documenting the evening…) Luckily, milliennial bloggers have an inbuilt ability to multitask and everyone stood to attention whilst eyeing up the facilities for later photo opportunities.

As well as reinstating the importance of good technique, Carlos also explained the ‘whys’ of the movements as well as the “hows”. “Boxing is much more than a physical activity, it’s a mental one. You have to be switched on, you have to plan every move. Boxing for me is a metaphor for everyday life.”

The classes were tough on the body and the brain, but endorphins were clearly buzzing around as even through the sweat and the gasps, everyone was still smiling (and I’m sure it didn’t have anything to do with us being filmed). As well as looking at the techniques for attack and defence, the first class, TIB, gave us the chance to release any pent-up anger we had. The second class, IBXT gave us the chance to do…more of the same and eventually the only anger we had left was all aimed at Carlos. Just kidding, Carlos!!

If you want a full body workout, IBXT is the class for you. No limb or muscle goes untrained in this circuit of punch bags, squats, deadlifts and more and if you don’t feel the burn by the end of it then…maybe you died in the process?

When we’d finished a gruelling round of boxing and burpees (the Fred and Rose West of the cardio world) we foolishly, in desperation, believed Carlos when he told us we were going to have some fun.

For those of you who’ve never done the “Squat Song”, where you squat during a song whenever the word ‘down’ is mentioned… Good luck. My thighs still haven’t forgiven me. (The song we used was Flower, by Moby. I used to quite like it, thanks for ruining it for me…)

Moreno Boxing is not for the faint hearted, but if you are in need of a confidence boost, are keen to learn proper boxing skills, or you just want a brutal, but brilliant workout, then this is a safe, professional and welcoming place to do so. There is no ego, just a good balance of discipline, encouragement, pain and personal growth.

Thanks to: The Urban Kitchen and Borrow My // Blender for the delicious post-torture workout snacks. 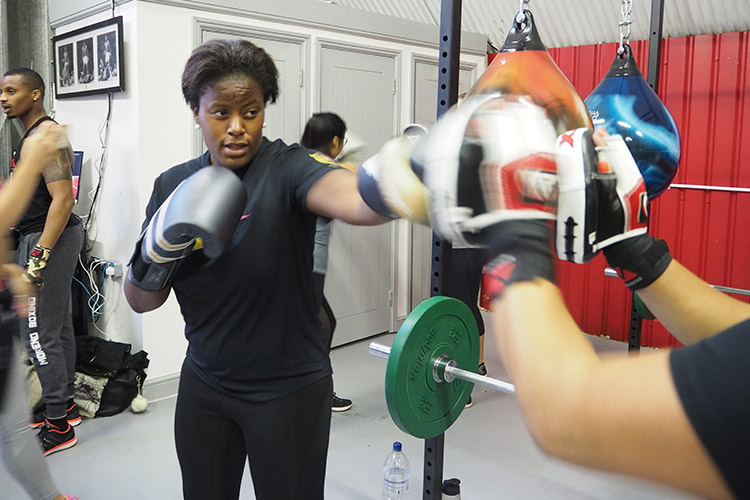 Jennifer from Just Jens World gets her jab spot on 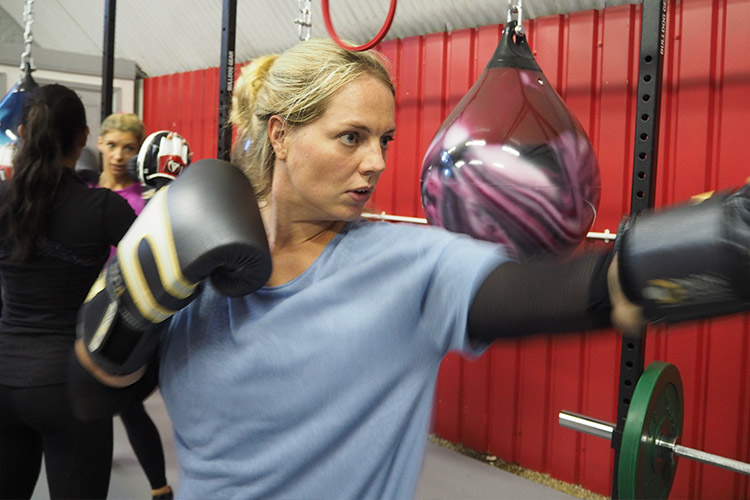 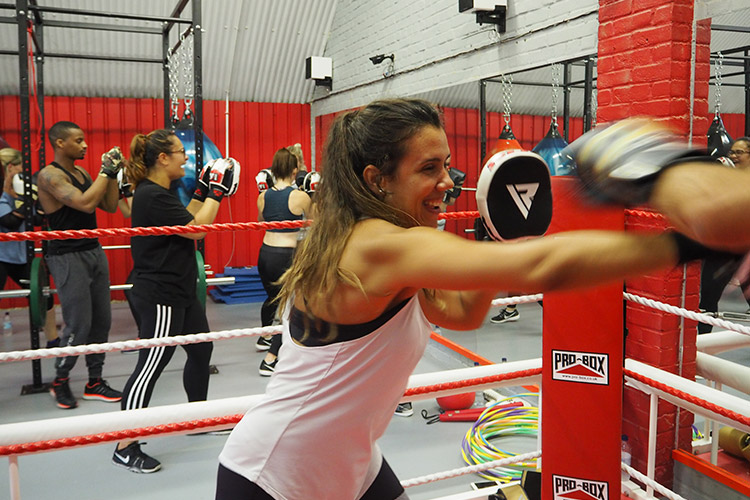 Mango & Bliss shows she can pack a punch. 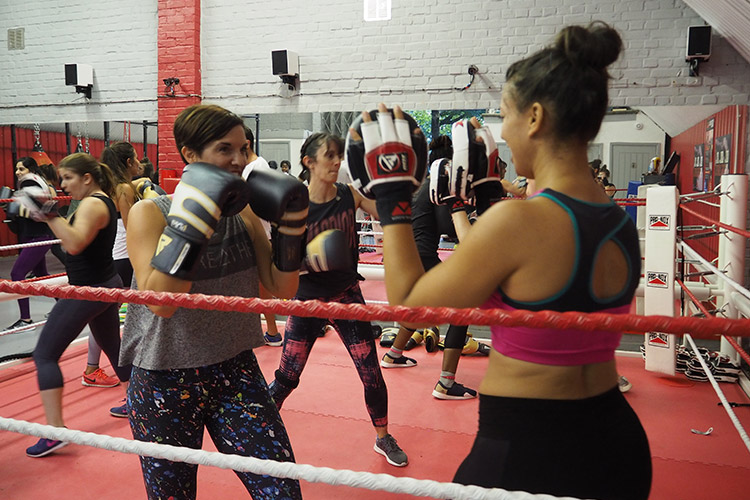 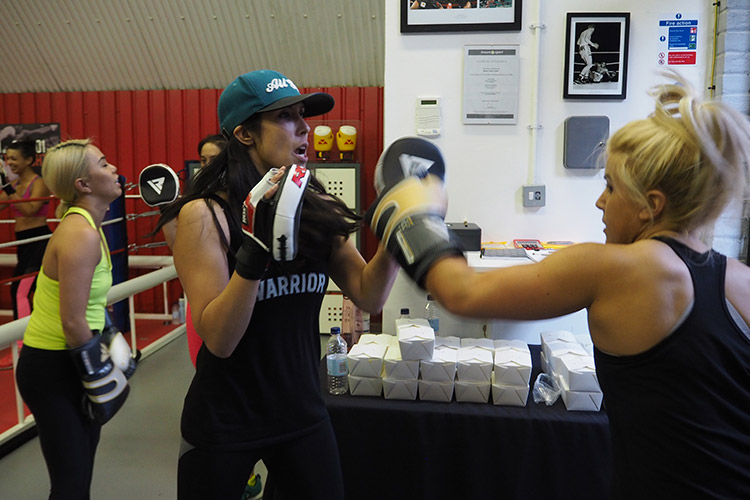 Eliza & Laura aka Biceps & Bronzer going through some training drills 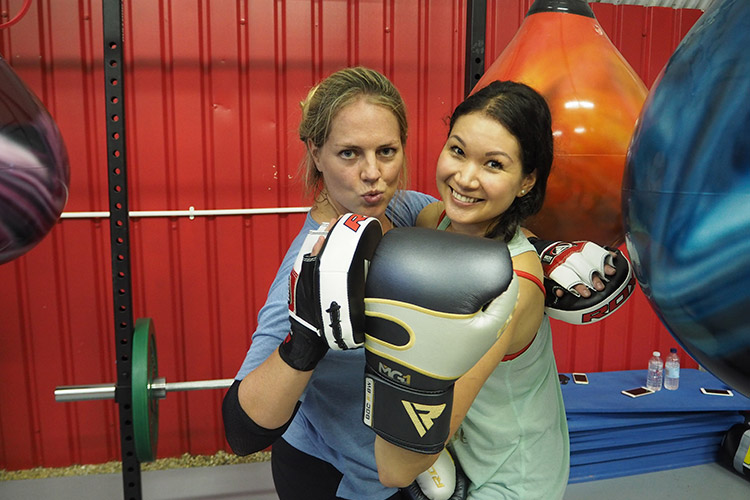 Healthy Living London writers, Hannah & Rosie, taking a break from boxing to get their Insta-pout captured. 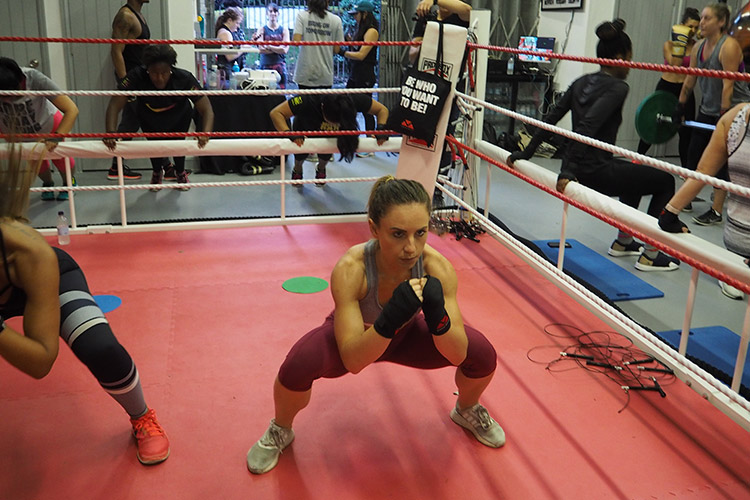 India aka You Lean Me Up and her epic squat abilities. 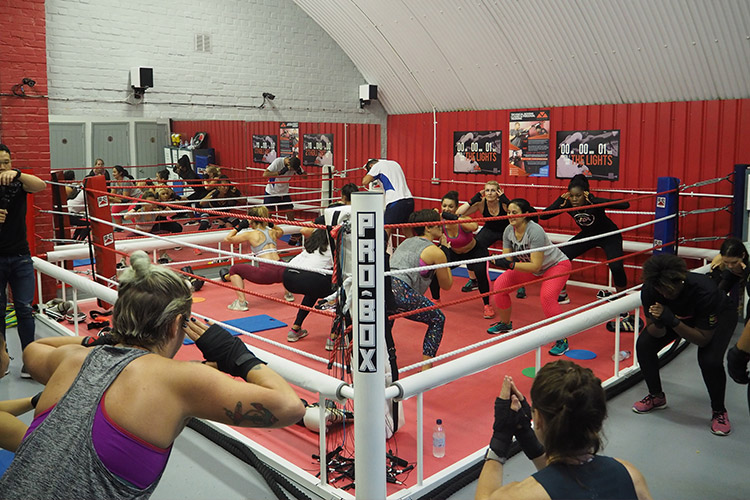 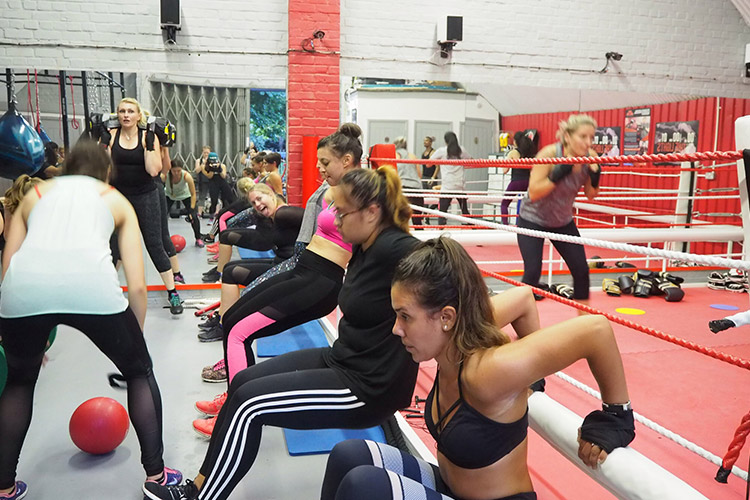 All parts of the arms are worked in this workout 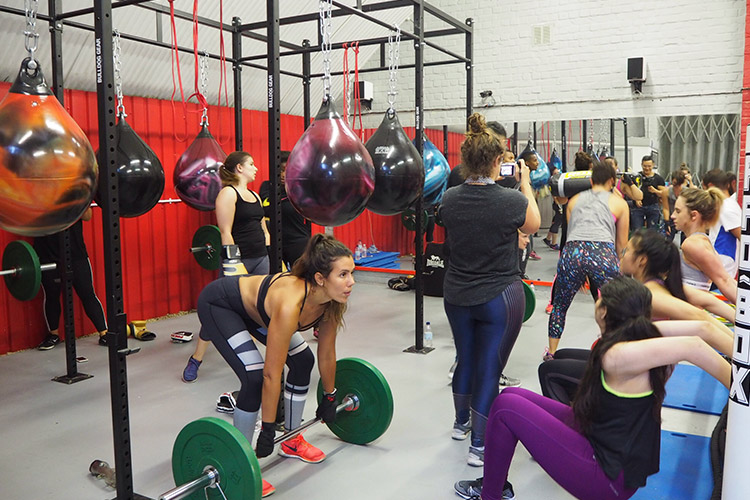 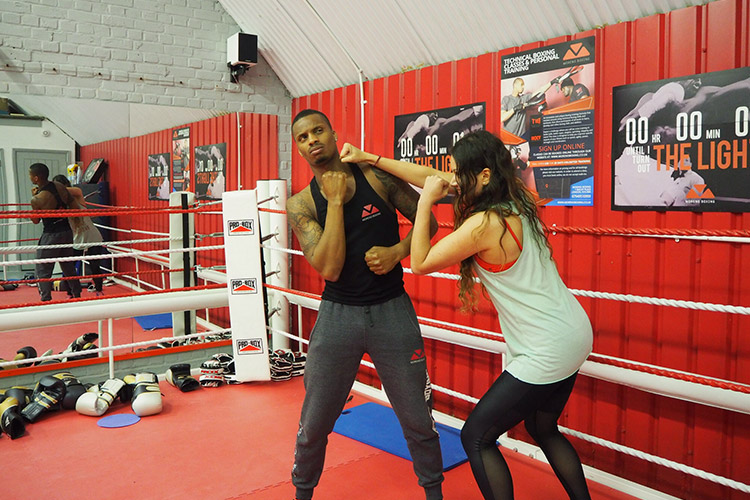 Carlos looks puzzled – he’s not used to getting hit.

How much: A drop-in class at the Clapham gym is £18. First-timers can take advantage of unlimited classes for 2 weeks for £40. There are also class bundles and unlimited membership offers too.
Where: Unit 7 Cranleigh Mews, Cabul Road, SW11 2QL
Website: www.morenoboxing.co.uk