I met with Sarah King, founder of the Gauntlet Games, a fun new obstacle course race that is all about putting smiles on people’s faces rather than running them ragged and leaving them mud-covered and bruised. In between organising inflatables and briefing her gladiators, Sarah managed to spare some time to tell us more. 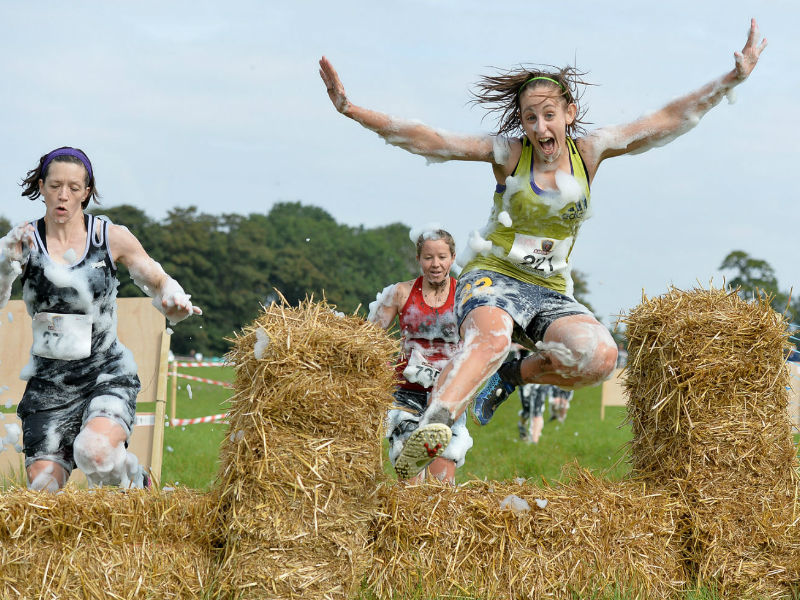 Just one of the obstacles participants have to laugh, jump and smile their way over.

What’s the best thing about organising an obstacle course race?

Variety. You have to be able to do everything. For example, to design the course, you have to have a crazy amount of creativity and be able to not only come up with a concept but turn it into reality. But then on another day, I may be exploring a private estate looking for the perfect bog, negotiating with food suppliers or be in front of a computer screen going through finances.

Why do you think obstacle courses have become so popular? 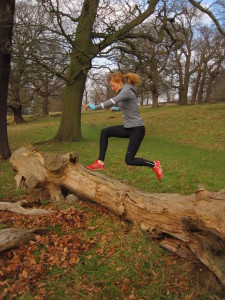 Sarah turning the park into her own obstacle course.

I think people feel like they’re breaking the rules when they take part. After all, when you’re a kid, you want to break free from rules and guidelines and jump over stuff and run on things and obstacle course races have a real childlike nostalgia about them. After all, you don’t get to run in mud and jump on inflatables every day. If three years ago you told your friend you were going to do an obstacle course race, they would think you’re crazy. But now it’s a day out with a friend that lets you have a guilt-free dinner at the end, as well as some great memories. And best of all, it puts the fun into fitness.

What inspired you to hold the very first Gauntlet Games?

I wanted to create something that was fun and put a smile on people’s faces the whole way through. Life can feel so serious sometimes so this was a chance for people to just have fun. That’s also why we’ve added ‘gladiators’ into the mix – to give people the opportunity for friendly banter.

The Gauntlet Games seems more interactive than most. Where did you get that idea from?

I hit on the interactive idea because I really wanted was to create a fun atmosphere and get people talking and laughing together. So putting the gladiators into the mix would do this – you’ve got no choice but to interactive with them.

What makes the Gauntlet Games different from the rest of the obstacle courses out there?

The Gauntlet Games is more like an adult adventure playground. It’s the only one where you find so many inflatables and slides – none of the obstacles are really that tough, because that’s not what it’s all about. We’re like the friendly obstacle course race! 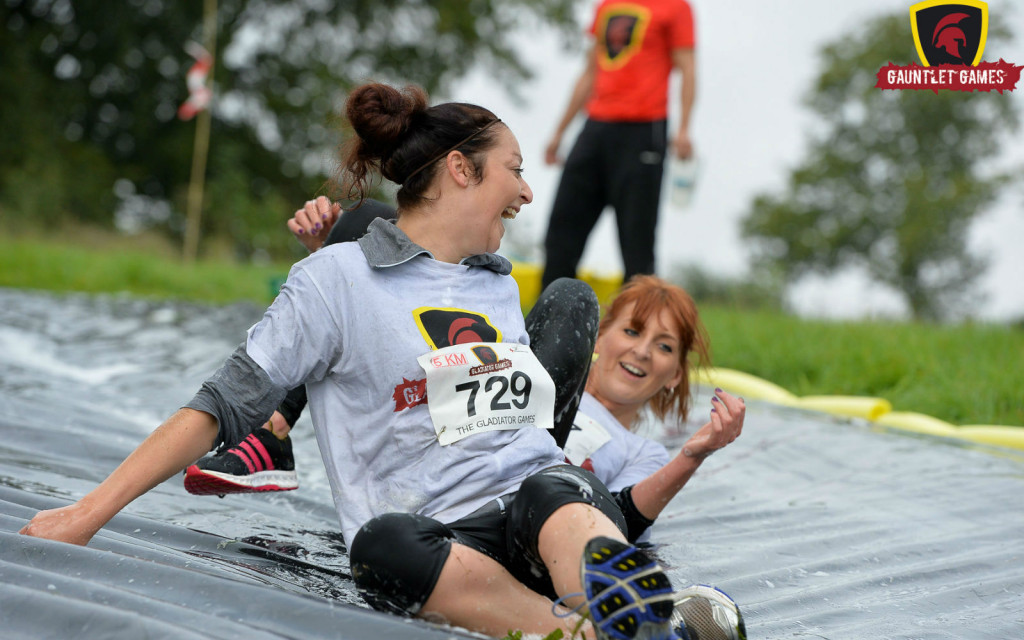 What can this year’s participants look forward to?

2015 is really the first year for the Gauntlet Games (we held a trial run last year) so everything will be brand new for competitors. We listened to a lot of the feedback we had from the trial race so there’s going to be some great improvements, such as the giant slide! It’s now double the length it was so be prepared for 50 of pure unadulterated fun! There will also be a foam pit… As well as the obstacles, don’t forget there’s a lot for the spectators also in the event village. We’re making it really family-friendly and interactive; there will be firefighters at some of the races to hose down the competitors and for the London race, we’ve got the Saracens amateur team on hand who will be acting as gladiators. We’ll be giving away free massages too and have a great bouncy castle for the kids.

What advice do you have for anyone thinking about taking part in the Gladiator Games?

For someone who’s never done anything like this before, the one thing stopping them is fear but you just have to sign up and think about it later. Grab that few minutes of courage to get your name down and then you’ll have that to motivate you. And for those who are scared they won’t be fit enough, you don’t have to be an athlete by any means – it will make your day a bit more comfortable if you’ve done some training but this is all about having fun so we’ve no doubt you’ll get through it and still have a smile on your face.

Ok, so if I’m unfit and want to take part, where do I start? What’s the best exercise to do to prepare?

For someone who’s an entry level participant just try and get some running under your belt. And each time you run, increase your distance that little bit more – before you know it, you’ll be running a 5k easily. But if you don’t make that distance, don’t worry – you don’t need to run a 5k before you do it on the day, especially as there are lots of obstacles so a lot of the distance will be taken up with fun activities!

What should participants particularly prepare for? 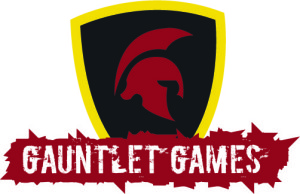 Participants should prepare to get stuck in and bring a sense of humour. Know that you’re going to have a lot of fun, pitch in, help others out and get involved. The more you put into it, the more you’ll get out. And it’s not timed, so it’s more of a run rather than a race.

What is the obstacle that competitors will find most challenging?

At the end of the run there is the Grand Gauntlet which involves having to get through FIVE gladiators to reach the finish. Each is equipped with a different weapon so if the gladiators single you out, that will be fun but tough.

The Gauntlet Games looks more fun than serious, will hardcore mudrunners enjoy this too?

There’s still definitely a challenge because all the gladiators have been briefed to target the tougher, fitter people so they will have to work harder to get through the course! There’s also two lengths – the 5k and the 10k so if they do the 10k they’ve got the extra challenge of a run before they get onto the obstacles. It definitely won’t be a walk in the park.

Want to run in the Gauntlet Games?