When you go to meet someone who invented the legendary 24 hour Death Race, let alone the Reebok Spartan Races, you wonder what to expect. Instead of a handshake, should I Spartan Up and break out some burpees? Perhaps I should offer to run and talk instead? After all, the crowds of London are as good an obstacle as any. 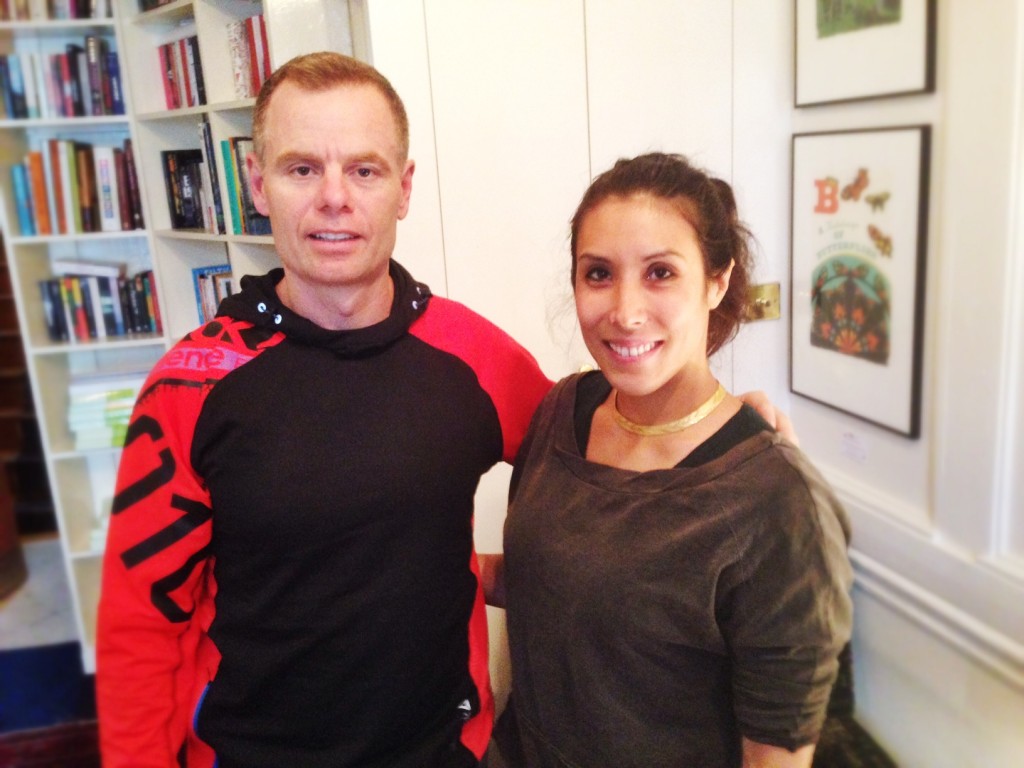 He didn’t make me do burpees. Not yet anyway.

As it was, I wouldn’t have been good for either. I’d spent an afternoon with the delicious Yao Yao Cha so was experiencing a giant caffeine hit (I rarely drink caffeine) and could barely contain my thoughts, let alone my body.

Joe DeSena was in London, sitting on a well-worn sofa in the heart of Soho, when we met to discuss the launch of Spartan Up the book that’s part autobiographical, part sound advice on how to tackle obstacles – both physical and mental. He was casually dressed (ready to run at a moment’s notice) and itching to do something. I don’t think sitting still for long periods of time was his forte.

We discussed everything from the birth of the Reebok Spartan Race, to the life experiences that shaped Spartan Up. 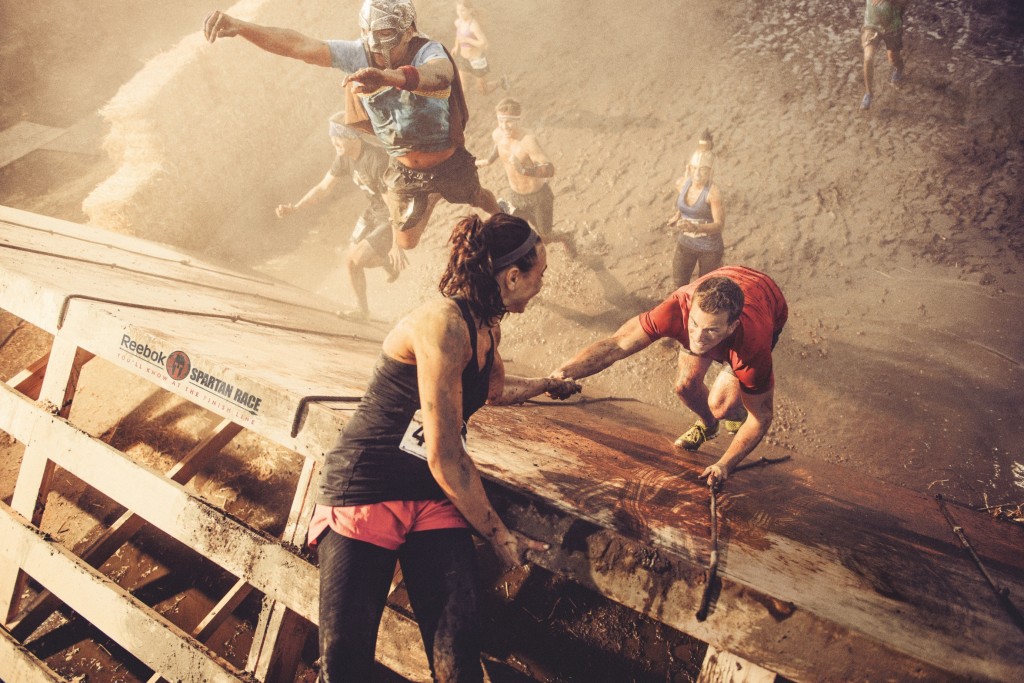 An action shot from one of the Spartan Races. Teamwork and fun is essential.

Let’s start at the beginning. Health is a priority in your life. Where has this stemmed from?

My mum was a health freak and it was forty years ago that she was pounding this concept of being vegan, meditation and yoga into my sister and I. We fought it and everyone around us said she was crazy because that kind of thinking was certainly not popular in Queens, New York. Anyway, she continued to teach yoga in the house and meditation too, and she was into this transcendence run where she would run for miles and miles and miles and we would see it as kids. Fast forward in our lives and the opportunity comes for us to do yoga and we were more accepting of it and I saw firsthand how it not only transformed us but those who came into contact with it. Indeed, if I persuaded someone to come running too, that would show a transformation in them too.

I can fix the world – wake everyone up at 5am, get them doing burpees, remove all the junk food and you’ve changed it overnight. ~ Joe DeSena

How did you combine work with fitness?

I had a construction company for a decade, I had a Wall Street firm for a decade and when you’re running a business you tend to get unhealthy as you just sit and type emails all day. Like I’m doing at the moment! I’d need an escape to go and get healthy so I’d do these crazy races.

If you’re not dead, it could always be worse. ~ Joe DeSena

How did your love of fitness turn into the Reebok Spartan Race?

After thirty years of owning businesses, I got married, moved states and was kind of retired. I just thought ‘wouldn’t it be cool to put on a crazy race? One that breaks people where if we see a weakness, we’ll hit that area harder so they quit.’ That was the Death Race.

What’s the Reebok Spartan Race all about?

Changing lives – when you strip everything away so that the person’s only requirements are water, food and shelter, it feels pretty good – it’s a dark place but it changes your frame of reference and suddenly things like coffee being cold aren’t important. The Reebok Spartan Race is a taste of that – it’s a more accessible version of the Death Race yet the benefits are there. I get hundreds of emails a day and got one last night from the UK from an overworked, newly engaged businessman and before I know it, I realise I’m giving life advice – that’s how powerful this thing has become.

So the book was a natural progression then? 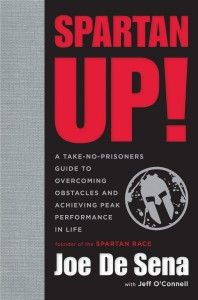 Yes. Anyone can get fit. But essentially, it’s more than fitness, it’s about the mentality – the Spartan Mentality. There’s a primal rawness in everyone and yes, it’s about getting the most from a race or whatever fitness challenge you’ve set yourself but this covers so much more – there’s a lot of advice here taken from my own personal experiences and it can work for everything in your life.

For everything we’ve done, we try to make it cheaper, faster, easier, more efficient and the pendulum has swung so far that we’re lazy and we’re fat. It’s a disaster. We buy too many clothes, eat too much food, spend money on things we don’t need…  that’s not the way the Spartans did it. Look at the obesity rates now!

So what’s your advice to people wanting to enter their first Reebok Spartan Race?

In a nutshell, if you’re someone who’s just off the couch, there’s three things you need to do every day:

And for those who really want to compete:

Where’s next for the Reebok Spartan Race?

As well as reaching our one million participants, I want us to be in 41 countries next year (we’re currently on 17) in order to get into the Olympics. I’m starting a federation in each country to ensure things are organised. We’ve also got some big plans for the UK but I just can’t mention them here, there’s too many things.

And with that, our time was up. The remaining 175 burpees were calling.

Are you looking to Spartan Up?

For more information on the book and where to buy visit www.spartanupthebook.com

The Reebook Spartan Race is a series of races designed to challenge its participants with the unexpected. It’s open to all who want to try, of varying fitness levels.

Find out when the next one is here