Most people think of hiking as an activity that involves mountains or rocks and cliffs, however, I was recently invited to join a group for an ‘urban hike’ through London! Being a fan of finding fun ways to exercise, I jumped at the opportunity, despite the probability of rain – it is London! However, the rain stayed away and the sun even showed her bashful face, highlighting a brilliant blue sky for a crisp, but stunning day. We gathered at Waterloo Station, one of the lowest points in London (without taking a dip in the Thames) and meandered our way through the city, until we reached Hampstead Heath, the tallest point in London (discounting the shard!). Along the way, we passed several of London’s favourite tourist sites.

A modern tourist attraction, The London Eye in contrast to the historical and classical Houses of Parliament and Elizabeth Tower, aka Big Ben!

Urban hiking has been popular in the USA for a while now, but it has only recently made its way across the pond. Made popular by Dan Koeppel’s adventure to find all the accessible staircases in LA, “I was going to find every staircase. I was going to climb each one.” It has since increased in popularity and word has spread about how urban hiking is a fun and alternative way to workout in a city whilst also exploring the local sites and attractions. “In San Francisco, where the terrain is even more vertiginous than Los Angeles, walkers have made a formal sport of traipsing the city’s various ascending pathways.” 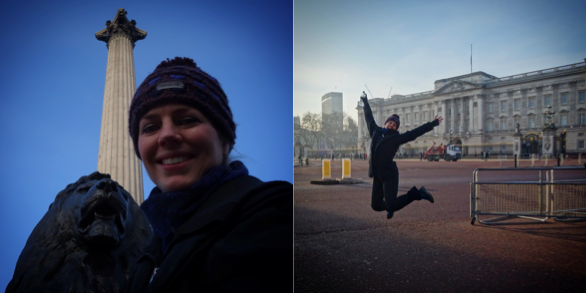 Trafalgar Square with the lions! Buckingham Palace and a classic jump pose!

It seems to be a common trend that people do not explore where they live. We all explore when we are on holiday, but never really get to know our own surroundings and we often take them for granted. I believe that urban hiking is a great way to tour where we live whilst socialising with friends. Hiking also contributes to keeping you fit and healthy as it is considered to be a cardiorespiratory fitness. Plus, you can tailor it to suit you and go at your own speed.

From London’s famous shopping streets, to the top of Primrose Hill. The views are both spectacular, but in very different ways!

I used this opportunity to test out my new Merrell boots, the Grassbow Mid Sport GTX. Although the day was bright, it was cold and icy and frost lightly dusted the ground. However, these boots have excellent grip that allowed my hands to remain mud-free, as I did not fall, even though I had to manipulate my way across a wet and muddy field on Hampstead Heath. Their soft cushioning and ‘TrailProtect pad’ offered additional support which provided comfort and allowed ease of movement both on the pavements of London and on the soft grass of Hampstead Heath. They are so far removed from the hiking boots I had when I was growing-up which were rigid and uncomfortable and often left me with painful blisters. These Merrells are comfy, breathable and benefit from Merrell’s air cushion in the heel which absorbs shock and adds stability.

I have since used these boots at a bootcamp in the Cotswolds in which they were subject to an intense hike across rural fields, dense in mud. They were so comfortable which allowed me to enjoy the views and the fresh air, without the fear of falling and returning to camp looking like ‘Swamp Thing’! I did not suffer from blisters and an added bonus is the colour, I love blue! Next, I would like to test the boots out on tougher terrain, such as the South Downs and eventually, I would like to take them to Snowdonia! I’ll keep you posted…

Down the pathways of Primrose Hill and up the fields to Parliament Hill, Hampstead Heath.

Why do you think urban hiking has become so popular and in your opinion, what are the benefits of urban hiking?

Urban hiking mixes sightseeing with fitness and is a very sociable activity. When wearing the right boots a hike can last a few hours giving a great workout.

Do you think these Merrell hiking boots are one of the best when deciding which boots to buy for hiking?

The Merrell Grassbow Mid Sport GTX are a fantastic pair of boots to keep the feet warm, supported, and are able to withstand many hours of hiking. It helps that they look good too!!

Is urban hiking something that is usually a mass organised event (in which case, how does one find out where to join), or going with a group of friends?

Urban hiking appeals to a wide range of people and is a great way of meeting new people. If there are no organised events in the area, why not start a small group yourself. Invite some friends to meet somewhere and plan a route that will take in the local attractions. You could also mix in some breaks and go point to point, for example visiting a museum during the hike. Urban hiking is an evolving event, so make it your own and get out there exploring and having fun! 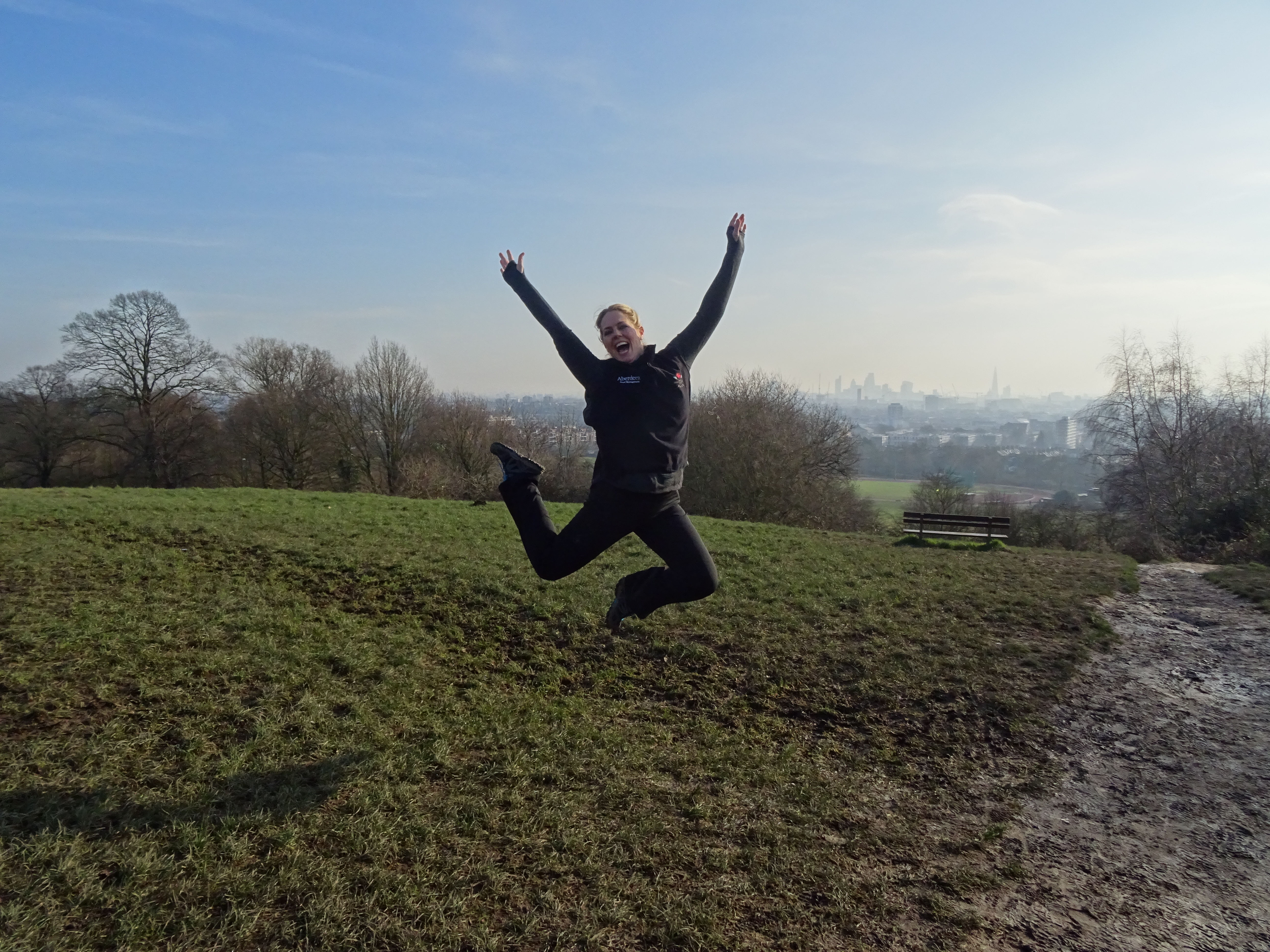 A lovely day to urban hike from Waterloo Station to Hampstead Heath.

Urban hiking with Merrell’s Grassbow boots certainly was a fun way to workout, but was made even more so as the weather cooperated! It didn’t feel like exercise, rather a group of like-minded people, who wanted to participate in a group event that was fun and interesting. Much better than the treadmill, if you ask me!

*Health Advice: Consult with your physician before beginning any exercise program.